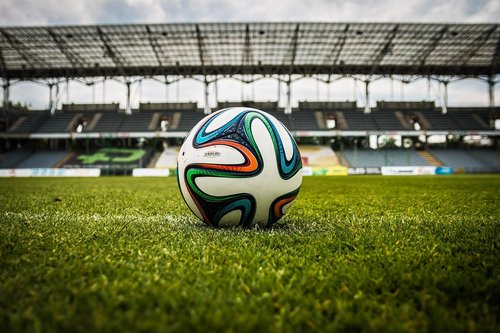 Looking at real examples of artificial intelligence in soccer, golf and rugby

Modern sport is big business. What started out as informal contests between rival individuals or groups has transformed into an industry in which billions of people can be classified as participants or spectators.

The combined forces of commercialization, globalization and the mass media have ensured the worldwide sports market could be worth as much as $614.1 billion by 2022. Professional sport accounts for 43.7 per cent of this market and with huge sums at stake, it’s no wonder that sports organizations are looking to apply the technologies used by the corporate world.

Television contracts, sponsorship opportunities, and event revenues (ticketing, merchandise, catering, hospitality) are all enhanced by improved performances on the field. And while it’s true that some stakeholders are engaged in sport for reasons beyond financial gain – Olympic medals yield no direct monetary reward, yet governments and athletes invest time and resources to obtain them– everyone is looking for that extra edge.

Modern business technologies have infiltrated every area of sports performance and administration, and data is now the lifeblood of these organizations. The adoption of AI to harness the power of this data is the natural next step, both on and off the field.

The art of sports coaching and scouting relied heavily on experience, intuition, and confidence. Data was never completely ignored, but it was certainly secondary to instinct.

Then the Oakland Athletics baseball team and its general manager Billy Beane came along. Using an analytics-based approach called ‘sabermetrics’, Beane was able to identify statistics that had a direct correlation to games won over the course of a season, and recruit players who were usually undervalued. The Athletics was able to compete with teams that had much higher wage bills and reach the play-offs.

This approach is now recognized across multiple sports, with athletes, federations and teams employing dedicated analysts and statisticians. Accordingly, the amount of data generated by sport has exploded to cover virtually every facet of training and performance, enhanced by digital platforms, video analytics and wearable technologies.

Professional soccer clubs have access to huge datasets on players from around the world, detailed training and fitness information for their own players, and vast libraries of video footage. This data is used to inform recruitment, youth development, opposition scouting, and game plans.

This can be processed manually by sports scientists and analysts, or through Big Data platforms that provide insights for humans to act upon. What AI can do is expand the capabilities of humans by identifying patterns that are impossible for even the well-trained eye of a veteran coach to spot.

Professional soccer players change teams in exchange for transfer fees worth millions of dollars, so bringing the wrong player into a club will not only have a detrimental impact on the pitch, it can also prove an expensive mistake. AI systems can analyze many disparate datasets to proactively identify a player who is the right fit for a team and is on an upward trajectory.

All areas of analytics will be augmented by image recognition capabilities. Machine learning models can extract data from video automatically and provide additional bio-mechanical and positioning analysis.

This technological approach goes a long way towards democratizing analytics in sports. Amateur teams might lack the financial capability to hire dedicated analysts, but thanks to the public cloud and AI, they can gain access to powerful tools that can level the playing field.

For example, seventh-tier English soccer side Leatherhead FC has been using IBM Watson for scouting, training and pre-match preparation. A dedicated application is equipped with Natural Language Processing (NLP) so that players and coaches can ask Watson questions without the need for additional training.

“We were grateful for it as it was very beneficial for the club both from a personal view and a team ethics point of view,” said Martin McCarthy, assistant manager at Leatherhead FC. “We used [IBM Watson] to plan training sessions, upcoming performances. As a coach it was interesting to use specific information to build relationships with players … it took the emotion out of it and we were just using information.”

In the long-term, the use of intelligent analytics could become a key differentiation among elite soccer clubs. Some believe that AI-based ‘assistant coaches’ will be able to make real-time tactical recommendations based on insights that are beyond the ability of the human coaching staff.

You could say this is already the case with Formula One, which is as much a technology competition as it is a sport, with teams using Big Data before the term itself was coined.

No matter in which far-flung part of the world a race is taking place, data is constantly being collected from the cars and sent back to a team base, where analysts and supercomputers are monitoring the condition of the car and optimizing race strategies. The addition of AI means these decisions can be even more effective; in the future, such systems could even suggest new components that can be manufactured to improve performance.

Golf would appear to be an obvious candidate for the application of bio-mechanics – algorithms can analyze a player’s swing and recommend adjustments – and AI is already being used to create more advanced equipment. Callaway’s AI-based system is churning out thousands of virtual prototype golf clubs, learning from each one, until it fulfills the design requirements of the R&D team. Here, machine learning can achieve in weeks what could take human designers several decades.

Refereeing and umpiring could also undergo an intelligent revolution. The introduction of video and ball tracking technology across several sports has been largely successful, helping officials get more decisions right. AI could allow technology to go beyond the role of an assistant, and replace officials entirely.

The arrival of intelligent officiating will depend on AI systems acquiring a degree of emotional intelligence. Coaches and referees have the ability to communicate decisions and information in the context of the situation, in a way that takes into account potential reactions of individual athletes.

These examples also raise a multitude of questions about AI ethics. Do such systems eliminate the human element of competition that makes sport so compelling? Will automation eliminate jobs? Will automation disrupt the flow of the game?

Smart ball technology could, at the very least, help speed up decisions. A smart rugby ball created by Sportable and Gilbert was used at the RugbyX tournament in 2019, measuring distance, position, velocity, acceleration, spin, the earth's magnetic field and even the internal pressure of the ball. The intelligent algorithms could be applied to other sports – including soccer.

“A smart ball would be helpful to automate several things; offsides and goal-line assistance,” said Dugald Macdonald, Sportable CEO. “The difference here to VAR [video assistant referee] is that it would be instant (like we did for RugbyX) and wouldn't have the time-consuming and heart-wrenching delay that has become so prevalent in top-tier games.”

At a commercial level, the AI opportunities within sport are as bountiful as they are in other industries. As organizations invest in connected stadiums and digital platforms, they can gather huge amounts of data on fans and blur the lines between the physical and online worlds.

The German Bundesliga, for example, is using Amazon Web Services (AWS) to deliver real-time match information such as ‘expected goals’ (xG) and ‘average formations’ for television digital platforms. The long-term plan is to create an advanced statistical platform based on 3.6 million data points collected in every single game, and on an archive of 10,000 matches.

“With xG, we can now assess the probability of a player scoring a goal when shooting from any position, again in real-time,” Andreas Heyden, head of digital innovations at the German Football League (DFL), explained. “[This] is helping us to process the data we already have, but in a more sophisticated way."

AI systems are also being used to automatically edit video into entertaining packages. At Wimbledon, this is done not only through the analysis of match stats, but also through image and sound recognition. Automation makes it quicker and more efficient to trawl through the hundreds of matches and thousands of hours of action that take place in SW19 each year.

The examples mentioned above barely scratch the surface of what is possible, but serve to demonstrate the huge potential for AI to accelerate and elevate the digitization of sport. The technology used in other industries can be applied in the sporting world, but with one important caveat: sport possesses an emotive element that logistics, retail and manufacturing do not.

Fans are more than customers, and efficiency isn’t always worth the sacrifice of imperfections and tradition. The implementation of AI in sport must be sympathetic to this contradiction.