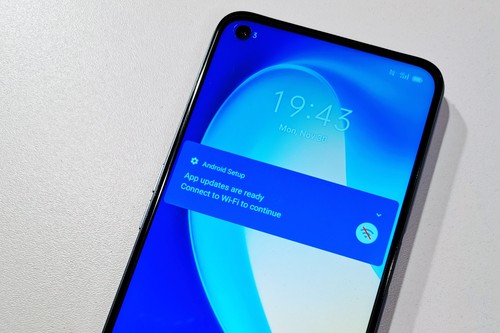 This week, we’ve had a chance to review Realme 7 5G, a smartphone that manages to pack 5G connectivity and hardware-based AI acceleration into a device that costs just £279.

Other formerly flagship features include ultra-fast charging, 120Hz display, and 48MP ‘AI Camera’ - showing how much new tech fits into a budget smartphone at the end of 2020.

In the past two years, Realme has cranked out nearly two dozen different devices – according to Counterpoint, it became the world’s fastest brand to hit 50 million shipments since inception. This summer, Wired UK called it “the most important phone brand you’ve never heard of,” highlighting the premium features at competition-beating prices, and success in huge markets like China and India.

Following in the footsteps of Chinese brands like Huawei, Xiaomi and Oppo, Realme is now trying to establish itself in Europe – and the European market is the first to get its hands on the new device.

Visually, there are no surprises here: Realme 7 5G follows the rest of the industry with sides trimmed in metal, an iridescent plastic back and a protruding, oversized camera array – at the moment, color choices are limited to ‘Baltic Blue.’ 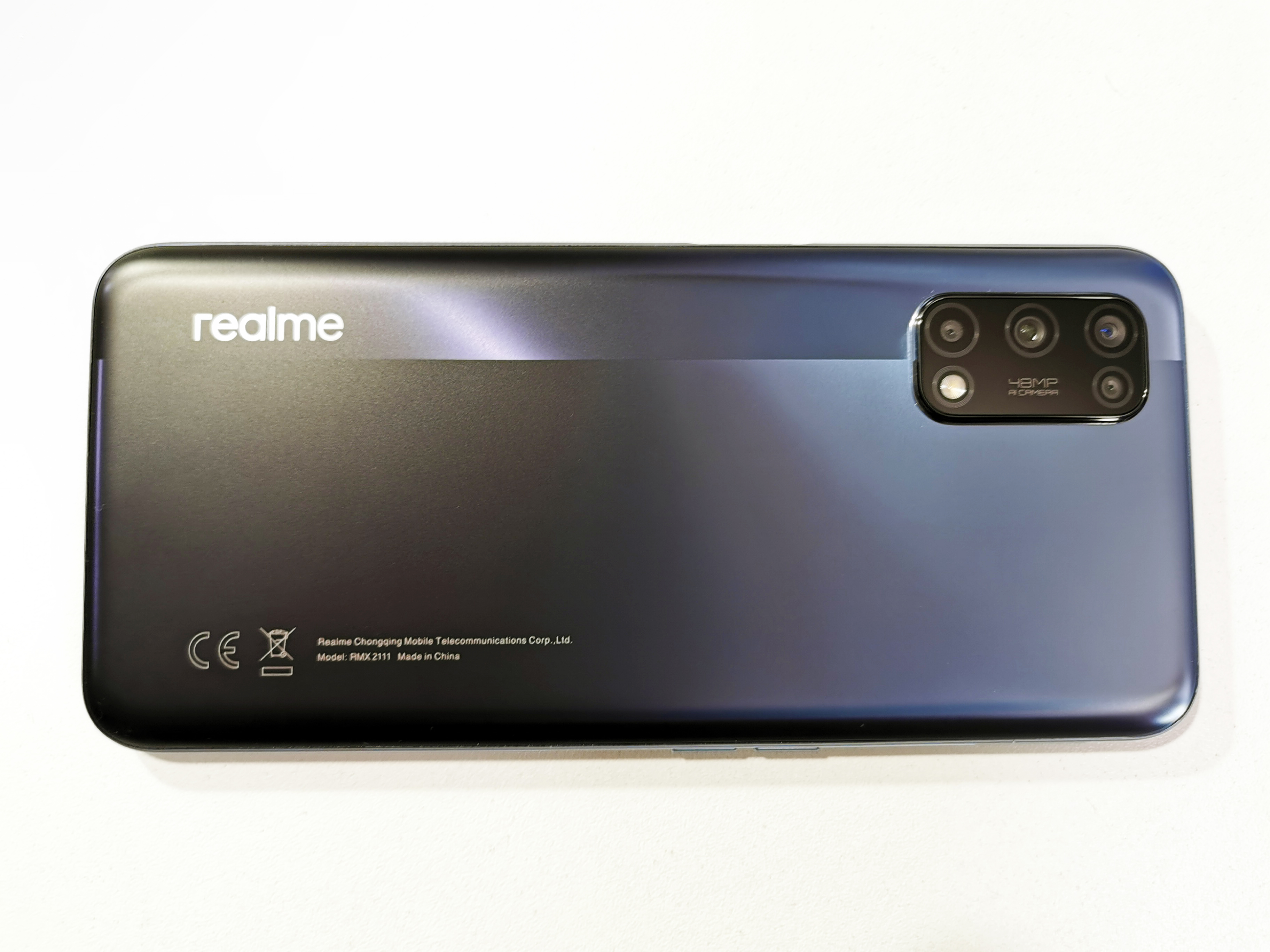 The Realme 7 5G back with its characteristic ridge

The 6.5-inch screen with 2400x1080 resolution features 120Hz Ultra Smooth Display technology that enables it to show twice as many frames per second as a conventional 60Hz screen – the improvement is barely noticeable outside video games, but it is an improvement. There’s a ‘punch-hole’ cutout for the front-facing camera, and a fingerprint sensor hidden underneath.

The smartphone is powered by a MediaTek Dimensity 800U – a fresh-off-the-fab System-on-Chip (SoC) introduced by MediaTek earlier this year to bring 5G to mid-range smartphones. It features two high-performance Cortex-A76 cores clocked at up to 2.4GHz, six high-efficiency Cortex-A55 cores at up to 2GHz, and a Mali-G57 GPU.

But the main selling point of the chipset is its support for 5G – and Realme claims that it can theoretically deliver up to 2.34Gbps of bandwidth, blowing many fiber connections out of the water. The quality of connections is boosted by using 5G+5G DSDS technology – which enables higher average speeds and a seamless handover between two 5G connection areas.

The inclusion of 5G connectivity in a sub-£300 smartphone signals that in the space of a year, 5G went from a flagship feature to something that should be expected in a new device – welcome news for developers of services that rely on much faster networks.

But we’re more interested in AI, and here, the Dimensity 800U does not disappoint either: it features an integrated Mediatek AI Processing Unit (APU) for functionality like camera enhancements, and security features like facial recognition.

The smartphone includes 6GB of RAM and 128GB of internal storage – with an option of either adding storage via microSD, or accommodating a second SIM card.

The camera array on the back consists of a 48MP ultra high-resolution sensor, 8MP ultra wide-angle sensor (119°), 2MP B&W sensor and a 2MP macro sensor.

The front-facing selfie camera offers 16MP of resolution and the usual assortment of software-based tricks like the AI Beauty mode that applies post-processing and the Portrait Mode that simulates background blur.

The array can record video in up to 4K/30fps, with digital image stabilization.

The battery of the device is especially impressive: at 5000mAh, it offers up to 35 hours of non-stop calls, or up to 25 days on standby with Super Power Saving Mode enabled. Realme says it can be fully charged in 65 minutes with the included 30W Dart charger – using 6A current, it delivers juice to the cells faster than pretty much any other mobile charger in existence. Like many Android smartphones, it can do reverse charging too, essentially serving as a power bank.

The single speaker on the bottom of the handset is… not good. It’s functional enough, but a headset is a much better choice for your conversations and music. The 3.5-millimeter jack is included on the bottom.

The phone ships with a simple silicon case in the box – it is not going to win any design awards, but it will protect the device until the user can find something more appropriate.

One of the best things about Realme devices is their basic, stripped down interface – mostly stock Android 10, but with proprietary furnishings for things like music and camera. Not cluttered by unnecessary functions, and lacking any bloatware, besides Google’s own, of course.

The two notable additions are the Game Space app – giving user the choice of Competition Mode for maximum performance but shorter battery life, as well as Balanced and Low Power Mode – and WPS Office, the alternative office software suite from Chinese developer Kingsoft.

Realme 7 5G is a very pleasant device to use. It is as quick and responsive as any 2019 flagship, and includes features like its 120Hz screen that are still hard to find on smartphones from more popular manufacturers.

The camera takes surprisingly good pictures, especially in daylight conditions, and 5G connectivity shows up reliably while in Central London.

The charger is especially impressive, certainly living up to the claims on the Realme website, and could be a godsend for people who forget to plug in their phone.

Of course, the low cost of the device has to reflect somewhere, and in case of Realme 7 5G, that would be the size – it is a chunky boy, a real big fellow with a pleasant heft to it. A bit too large for my personal taste, but I’ve got delicate fingers.

Realme 7 5G went on sale in the UK on November 27th, priced at £279, but available for just £229 during Black Friday promotion. It is launching in Europe first, ahead of a global roll out.