How AI can improve the world of remote learning
by Ben Wodecki, Reporter
8/3/2021 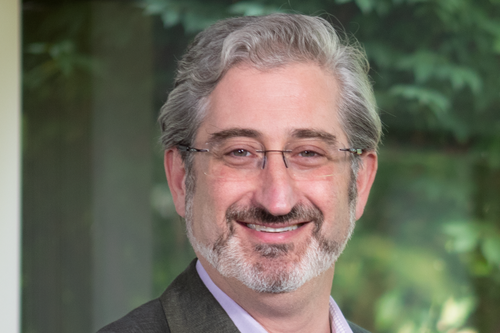 Of the world’s 25,000 universities, 24,000 “were ill-prepared to deal with COVID,” says David Shrier, co-founder of Esme Learning

The pandemic sent ripples of disruption and confusion around the world – with education among the sectors hit the hardest.

In many countries, the pattern of schools and universities repeatedly closing and then reopening, only to close again, reduced the extent to which remote learning was an effective substitute for in-person classes.

In the UK, education output is estimated to have fallen 36.7 percent in the second quarter of 2020, according to the Office for National Statistics.

And the impact wasn’t limited to grades – a YoungMinds survey last June found that 74 percent of teachers and staff agreed that school closures had harmed the mental health of young people.

Some argue that remote classes can offer an alternative to traditional education – but students that were bored in class are going to be even more disinterested if they're stuck at home, in an environment with many more distractions, and where you can remove your presence by switching off your camera.

A plethora of tech-based education products emerged at the beginning of 2020, but most of these were “horrifically bad,” according to David Shrier, co-founder and managing director of Esme Learning, an AI-enabled digital learning platform.

Shrier told AI Business that the pandemic brought about “a lot of froth” in the edtech world, but that truly improving online learning would require the use of AI in order to understand how a student acquires knowledge.

AI Business · How AI can improve the world of remote learning

Unprepared, but willing to learn

When asked to what extent he felt the education sector was ready for the pandemic, Shrier suggested that of the world’s 25,000 universities, 24,000 “were ill-prepared to deal with this and another 500 were underprepared, and even the very best are still struggling.”

Describing the disruption as a “wake-up call” for education institutions grounded in physical classes, he warned that other global crises will be coming, and expressed hope that COVID-19 was a lesson in resilience and preparedness.

He pointed to the University of Oxford as being “well-positioned” to deal with online learning, as well as the Imperial College, where Shrier is a professor of practice of AI and innovation, as being “years ahead of the curve.”

He said Esme was built from the ground up to encourage improved learning: “Active engagement is critical to what we do, and the active feedback loop between people and AI is how you learn better.”

The pair sought to incorporate cognitive, neuroscientific, and AI research into an educational product, as they were both frustrated from their experiences of teaching and trying to learn online.

“If you're an instructor or student, your way of engaging with the materials is typically terrible,” he said. Shrier went on to reference comments from MIT computer scientist Sandy Pentland, who said that most online learning equates to ‘bad television’ – “very passive, poorly edited and put together, and ignores all the work that's been done on how the human brain works, how we acquire knowledge.”

“We wanted to create a vehicle so your brain can absorb knowledge faster, use it, and benefit your career. This is critically important now – more so than any other time in history because the pace of technological change has accelerated so much, and the adoption of AI in the workplace is causing massive labor disruption.”

The ongoing COVID pandemic has made students more welcoming to the fact that there are ways of doing education better, Shrier suggested. It might have also helped his company in its fundraising efforts, with Esme securing $7.5 million in series A funding at the start of the year.

The money will be used for increasing the size of Esme's team, and the number of classes it offers.

Away from his work in edtech, Shrier has penned a book outlining his ideas about education.

Titled Augmenting your Career: How to Win at Work in the Age of AI, the title is a deep dive into the ever-increasing potential stemming from the combined power of man and machine.

He jokingly said that having written his first AI program in 1991, he had been thinking about the topic for a while, and that his initial blockchain-focused title – Basic Blockchain – wasn't the magnum opus he had desired to create.

He asked: “As the progenitors of AI, how can we steer it in a direction where it benefits society? And since a big part of where we spend our lives is our work, what does the future look like, where AI is integrated into our work as opposed to something that displaces our work?”

Shrier said the book was written so even someone not versed in AI can understand it, while “still appealing to both ends of the bell curve.”

“A lot of my writing is trying to explain complicated tech concepts to a wider audience and make it more accessible – there are a lot of business people and policymakers who are using tech without really understanding what they're getting themselves into.

“The book is designed for someone who has heard about AI, is interested in it, but doesn't have a computer science or programming background.”

Augmenting your Career: How to Win at Work in the Age of AI is available via Amazon, Kobo.com, and The Portobello Bookshop.