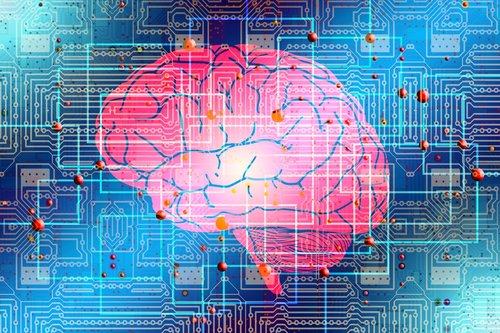 The role of humans in AI, empathy, and language were all top of mind at a recent virtual gathering of AI business leaders from around the world.

Following a guest presentation about Watson Orchestrate, an enterprise-level digital assistant of sorts being developed by IBM, members of the VisionAIres community weighed in on current and future needs of the market.

The road to full AI automation

“Automation is a huge focus for us,” said Ricky Ray Butler, CEO of Branded Entertainment Network (BEN). “We’re an AI business that focuses on entertainment and entertainment is one of the most archaic industries in the world. By nature, it’s relationship driven and, as a result, a very manual industry.”

The timing of automation has not impacted every industry in the same manner, although most are dealing with it in one way or another.

“When you look at the entire landscape, especially from our point of view in the insurance business, a lot of automation has already happened,” said KV Dipu, president and head of operations at Bajaj Allianz in India. “During the COVID-19 phase, be it customers or partners or employees, what we need is empathy. So that's one area where we need a human touch. But otherwise, you need automation across the entire spectrum.”

The AI leaders seemed to agree that automation can have a great impact on efficiency and accuracy.

“Automation to us accomplishes two different things,” Butler said. “One is making [processes] more efficient and saving time. Two, there are a lot of things where AI can be much more accurate and effective than humans. When we're predicting which TV shows are going to be the most effective for product placement, our technology is able to predict 25% more effectively than humans. And these are humans who have been in the industry for more than 20 years.

“Getting to the point of full automation is going to take a good five to seven years for us to truly automate the whole process of working with either celebrities or content partners from A to Z. Automation is huge, and I personally believe it is the next wave of technology in taking things that are very manual and making them much more turnkey and scalable.”

While the main focus of the discussion was around automation, various aspects of human involvement came up, including the idea of using AI technology to push out automation abilities to employees in an enterprise.

“The idea is, you don't actually write a chatbot behind the scenes; we have a process that turns all your existing RPA into a skill that Watson Orchestrate can use,” said Allen Chan, CTO of IBM Digital Automation.

“Think about all the existing automation you have in the company, and you would be making it accessible to everyone in the enterprise, not just people who know about it, and know about system. And when combined with a mixing and matching capability where we can sequence the automation on the fly, then you are actually allowing your employee to create new automation.”

However, the idea of expanding such capabilities into the ranks drove some discussion.

“There's so much regulation in financial services,” said Bob Compton, IS director of RCI Financial Services in the UK. “We're always being very careful with regards to how our systems are touched, as end-user computing comes into it, especially when we're looking at users having the power to use automation themselves directly as a solution.”

Compton suggested it could be workable if controlled within an IT department, a similar sentiment we’ve heard from other AI leaders.

Another consistent theme at the monthly virtual roundtables is providing a clear understanding of what’s under the AI hood.

“Coming from the financial background and also aligned to second line of defense, I think regulators are quite important with the new technologies,” said Ruchi Sharma, vice president at Deutsche Bank. “But the biggest concern that they have, whether ML or AI, is explainability.

“If we have proper explainability of the models and the algorithms that we are using in them, we are comfortable with this. In my area, at first line of defense, there is not a lot of use cases, especially in trade finance, where a lot of things happen around money laundering. That's my area of expertise. And the exploration of Watson Orchestrate is specifically triggering on the event. That’s something that can be used.”

Where there may have been a slight pause in the roll-out of AI-enabled automation in the enterprise in the early days of the global pandemic, the move to increased automation has heated up.

“What taught a lot of people is the best plan you have will not work overnight, and that's why we are coming up with this different approach, where you're actually creating a business process on the fly.”

“You can't do it overnight,” said Annette Brooks, vice president of digital business automation at IBM. “But we know with the pandemic, a lot of businesses had to react in a sense overnight, so it did definitely spark more interest in automating their business operations.

“Even if they didn't get it in place yet, there's been more interest in trying to understand how best they can do more automation across their business operations. How do you send paper to people's homes? We had a financial institution that was processing checks in a dedicated facility in some basement somewhere. And now nobody's in that office, in that basement. How do you process checks?”

An interesting question was raised by Bogdan Grigorescu, head of QA for AI systems at Afiniti, pertaining to automatic agents interacting with each other.

“So here is the thing. If you draft an email to me, well, not me, but Watson. Will my agent reply to your agent? How does that work out? Is it a question or auto reply type of war, but a better kind of war? It would not be boring, but actually very entertaining. But is it productive? Don't we lose our skills of communicating if we use it too much?”

“We've done a lot of traditional RPA stuff more recently, though it's not all in place, there's a long way to go for us,” said Bob Compton, IS director at RCI Financial Services in the UK.

“In all honesty, there’s more internal processes. And what you've shown here is more towards the direction of intelligent assistant kind of situation. So it looks good and promising. Interesting, actually. It's not an area we've particularly done much with.”

Bogdan also asked how systems such as Watson Orchestrate deal with languages, since there are so many language variations by region. The system could be configured for different markets, each with their own set of profiles, IBM’s Chan said.