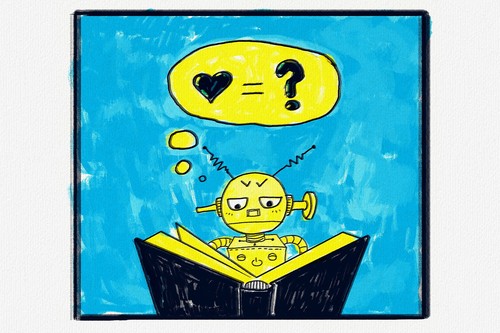 That’s right, the premise of the 2013 film “Her” is real, albeit for a relatively small number of people, mostly in China. According to an August 6 article in the Washington Post, 55,000 lonely Chinese downloaded the AI companion app Replika between January and July of this year. That’s trivial compared to the number of Chinese who are romantically involved with chatbots from Microsoft spin-off Xiaoice.

A key to all of these products is AI – natural language understanding is the critical component which enables these chatbots to understand users’ intent and to offer appropriate responses of affection and empathy.

The growing popularity of these chatbots raise some questions:

You would think the answers are obvious – AI has no business filling many of these gaps in human relationships. But in reality, the market is trending otherwise. Let’s look at the money:

Humans require love and empathy to survive, but while we progress as humans in lots of other ways, we appear to be regressing at loving and empathizing. A by-product of the information age, if you will, seems to be people feeling increasingly lonely and isolated. There are an estimated 3.8 billion social media users worldwide. A recent study concludes that self-control problems cause 31% of social media use, and the authors suggest a framework for weaning people from that addiction.

Do these trends mean the human race is ripe for AI to fill the gap?

Thankfully, the concept bothers some ethicists. In a post in Artificial Intelligence in Medicine, Dr. Randall Wetzel, professor of Anesthesiology and Pediatrics at USC’s Keck School of Medicine, suggests the ethical implications of relationships with sentient AI can be approached by asking how it fits within the pillars of medical ethics: beneficence, non-malfeasance, autonomy and justice. Here’s a few of his questions:

The answer at this point is that there are no real guardrails for any of this yet, though perhaps there are defacto best practices forming. I chatted with Joe Gallagher VP of Product, for Woebot Health about some of these issues and here’s what he had to say:

AI chatbots can help humans with their human relationships, but what are the limitations, boundaries?

Woebot is very clear in its interactions with patients that it’s a bot. Our AI understands when an issue is out of bounds – too complex or sensitive -- and refers to a human therapist.

And Woebot is not for all situations. It’s not designed that way. If a person is in crisis, or having any severe version of issue, Woebot can’t help and shouldn’t help. Our role is to help with mild to moderate issues, mainly for symptoms for depression and anxiety. Woebot is a good resource for people who don’t have access to a therapist just now, to fill in the gaps. One of the big challenges for mental health is engagement and that means being available to listen. Some folks use it as a compliment to therapy. It’s hard to get a therapist on the phone at 2 am. We see that type of engagement in our post-partum products.”

“In addition to those I’ve already mentioned, our AI that can identify language associated with self-harm or crisis. Experienced psychologist labeled this data set, so it’s specific text analytics. If this language is being used, Woebot will alert and ask the user, just to make sure. Then escalate to a human if appropriate.”

Does Woebot see some human dependencies on the chatbot, and if you do, what do you see as best practices to guide humans to remain in human reality?

What we see is that people tend to use it when they need it. Average session is 6-10 minutes. Over time, those sessions drop to 5-7 minutes. Then usage tends to tail off. We are seeing a trend where people come back after a time off. So they access Woebot when they need it.”

While healthcare applications such as Woebot Health seem to minimize some troublesome elements of human-bot relationships, there are now and probably always will be a small percentage of people who get caught up in an unhealthy relationship with AI despite best intentions. To that point, Woebot Health officials wouldn’t answer whether they had users who were abusers.

On the other hand, dating chatbots cross the boundaries of medical ethics as outlined by Dr. Wetzel – there just doesn’t seem to be a way someone could argue this type of use case could be healthy. If there is a ray of light in that department, Xiaoice shelved their U.S. version (called Zo) in 2019, and Replika, despite the recent uptick in downloads in China, hasn’t exactly skyrocketed in popularity since its inception in 2015. It’s unlikely such chatbots will be regulated out of existence, but here’s hoping good old market dynamics of supply and demand will slam the lid on them and prevent them from ever gaining popularity.

Human connection is not perfect, it’s perfectly messy, but that’s because humans are so complex. Human relationships are by their nature, messy. Our best remedy for fighting loneliness and finding empathy is first to acknowledge and accept that human relationships are never perfect and always messy. Once we do that, we should put down the phone and practice being messy in person with our fellow imperfect humans.