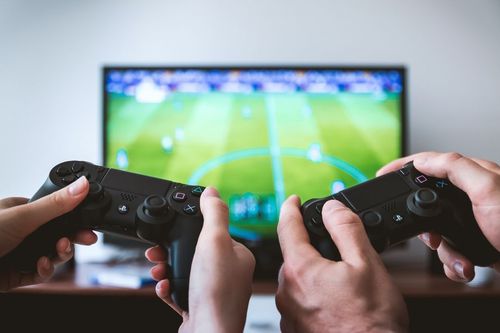 Co-author of the seminal book on AI and gaming, aptly named Artificial Intelligence and Games, Georgios Yannakis is considered one of the industry’s top experts on the crossroads between the two fields.

As the director and of the Institute of Digital Games at the University of Malta, Yannakakis has made significant contributions to the fields of procedural content generation and computational creativity. Lately, he has been drawn to the subject of player motivation.

Why do people play games, and what are they feeling when they play them?

The answers to these questions could help improve how developers build games, how players enjoy them, and may one day lead to titles that adapt to individuals.

“It is challenging to actually predict how a player would feel, because it’s such a subjective notion,” Yannakakis admitted. “But at the same time, most of us feel in particular ways in particular situations across games.”

Building AI systems that can understand player motivation requires a large amount of data. “We’re working on research with a really big dataset,” Yannakakis said. “It’s not public yet, but it will be soon.”

Thedataset consists of thousands of videos of gameplay, featuring 20 games across a range of genres.

Players were asked to annotate the videos, marking the moments when they felt things like arousal, intention or engagement.

Theteam then studied whether it could use the information on engagement from one game, say a first-person shooter (FPS), for a completely different title, perhaps a racing game.

There are some general features that can be mapped out across most games – the intensity of scenes, actions where the player is in control (such as when ‘killing’ another player), or where the player isn’t (when they’re ‘dying’).

“So if you come up with general features that apply to every game, then it turns out that you can actually model engagement or tension across very different games for the same player or a general player base,” Yannakis said.

“It turns out that there are general patterns of play that you can use to predict their engagement.”

Yannakakis worked on another effort to understand player behavior, derived from pixel information.

In the paper titled From Pixels to Affect: A Study on Games and Player Experience, he and his colleagues detailed a project which employed three dissimilar convolutional neural network (CNN) architectures to learn the underlying connections between images of gameplay and the player’s emotional state.

“What we learned is that the pixels themselves embedded a lot of the experience that player feels, so you can actually look at the pictures of different games, [and the effect] on the same player or different players and actually understand, model the tension level of a game to 80 percent accuracy, which is quite exciting,” Yannakakis said.

“We have an extended study that was just submitted to a journal where we test the same model across many different games, and it works very well.”

In another upcoming paper, Yannakakis modeled the engagement of the audience watching a game stream, namely PlayerUnknown’s Battlegrounds.

The experiment mapped engagement through the proxy of the inverse chat frequency.

It turns out, at least in theory, that heightened chat activity suggests viewers are bored, and not otherwise.

“We managed to predict this across very different streamers and different play styles,” Yannakakis said.

“And why is that important? Because you can create highlights of streamers, you can recommend content to particular audiences, and so on. It’s the personalization of the audience.”

Among other things, it offers AI agents or ‘personas’ that can play games, and help model the emotions and motivations of the players.

“I think AI is a wonderful technology to use, especially when it comes to testing in low to mid-tier companies that have ideas they want to try, but they don’t have the budget to actually test them,” Yannakakis said.

The future is gaming

This is why Yannakakis has looked to create personas that can be used with just a small amount of data: “In some cases, we only need a few hours of gameplay with annotations in order to come up with really reliable models of player engagement. The future of AI is to basically build more, from less.”

That future, he believes, will embrace artificial intelligence to a greater and greater extent.

Fifteen years ago, when he was finishing his PhD, Yannakakis remembers there were just a handful of researchers studying the potential of AI in games.

“Back in the day, I was working with Pac-Man because there was nothing you could use, you actually had to code your own games to do some AI research.”

When he had work to publish, “there was no conference about AI in games whatsoever. No one cared about games, people thought it was a toy domain.”

That has certainly changed; not only are there conferences and journals focused on the topic, but the research community has grown from “just a few guys” to many hundreds.

“It’s always been a great time to work on AI and games, people just didn’t realize it before,” Yannakakis remarked.