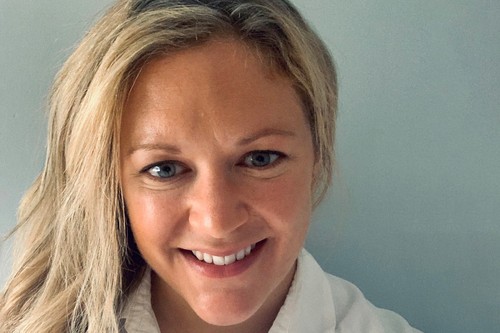 Two weeks after I wrote about a few key vendors entering into the intelligent automation space, on August 31, Blue Prism released a Response to speculation regarding its rumored desire to go private, confirming that it was in discussions with Vista Equity Partners (Vista) and TPG Capital.

Last week, the company released a filing announcing an agreement with Vista under which each share of Blue Prism will be acquired for 1,125 pence (or £11.25).

This would be valuing the company at nearly £1.1 billion (roughly $1.5 billion). Co-founders Alastair Bathgate and David Moss together hold around 6% of the company’s shares and filed letters of intent to vote in favor of this purchase. The deal, however, remains subject to shareholder and regulatory approvals.

The filing notes: “The Blue Prism Board has considered a range of strategic options given the strategic and operational headwinds facing the Company, the significant risks in execution and the shareholder consultation feedback,” underscoring the compounding challenges the vendor has been facing amid market and economic conditions, growing competition in the space, and stronger-performing peers.

To note, the image below represents Google web search trends for each of the three leading RPA & Intelligent Automation vendors – Automation Anywhere, Blue Prism, UiPath – and for the search term “RPA”. It highlights the growing mindshare of UiPath while at the same time more vendors, and lately some big ISVs such as Microsoft, IBM, SAP, and Salesforce, have been entering the ring. 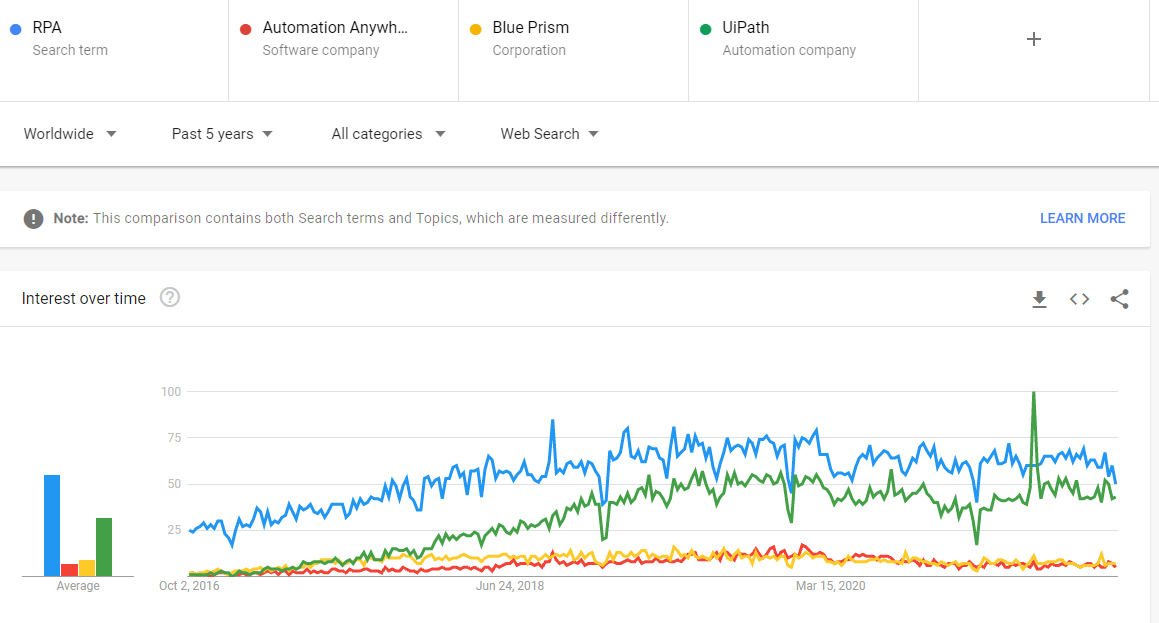 Note: The graph shows interest over the past five years. According to Google, “Numbers represent search interest relative to the highest point on the chart for the given region and time. A value of 100 is the peak popularity for the term. A value of 50 means that the term is half as popular. A score of 0 means there was not enough data for this term.” Interest peaked during the week of UiPath’s IPO in April 2021.

Blue Prism, until earlier this year, was the only publicly traded vendor in its RPA peer group, presenting the company with a different set of pressures than the rest. Its peers have had the last five years while RPA gained notable popularity to access to capital without having to mind the same public scrutiny on revenue and profit performance. This allowed them to make large, strategic investments and scale into larger and more profitable businesses.

Comparing Blue Prism to the only other publicly traded company in its peer group, UiPath, Blue Prism has struggled to grow revenue at comparable rates despite a smaller revenue base, underscoring the challenges the company is facing in growing enterprise mind and walletshare. Of course, other factors are at play as well, such as the vendors’ regional breakouts and the difference in appetite and readiness for RPA and intelligent automation between EMEA and North America in particular. 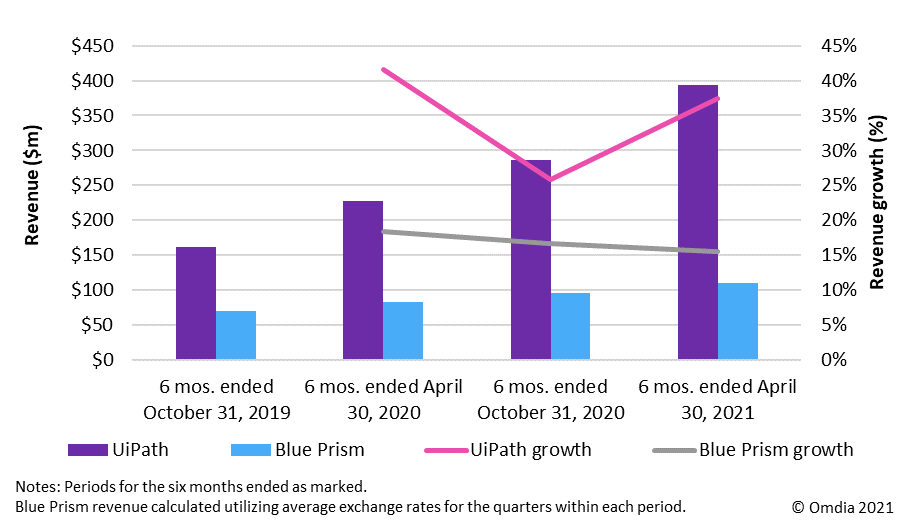 Part of the “shareholder consultation feedback” included encouragement to consider a sale as well as the desire among some shareholders to adjust the board and executive structures. In March 2021, efforts began to elect Chairman and CEO as two separate positions, both of which are currently held by Jason Kingdon. Currently, the board of directors is seeking a new CEO such that the Kingdon will remain Chairman.

Within his statement regarding the matter, Kingdon highlighted, “This is testament to the hard work and dedication of all Blue Prism team members over the years. Combining with Vista and TIBCO will ensure we remain at the forefront of the next generation of intelligent automation: we can expand the range of products we offer our customers, with TIBCO's global footprint and technologies; and, as a privately owned company, we will also have greater access to capital to pursue new growth opportunities via product investment and other potential M&A."

TIBCO, an enterprise data management, integration, and analytics vendor, is also a Vista-owned company and upon the acquisition, Vista plans to combine Blue Prism and TIBCO. There are certainly synergies to be made across the two vendors’ portfolios. TIBCO has many data management and integration capabilities that compliment RPA and intelligent automation. For example, bringing TIBCO’s process mining (system event logs) and Blue Prism’s task mining (user actions) together could provide enterprises added visibility into bottlenecks, inefficiencies, variability, etc. and ultimately help enterprises discover and prioritize candidates for automation.

Bringing these portfolios together, the two vendors have the unique opportunity to extend the reach and capabilities of what data management plus intelligent automation can do within the enterprise. Not to mention the ability and access to capital (again, should this deal be approved) to invest in their capabilities in such a way that one plus one equals three.

These partnerships and the pending combination of Blue Prism and TIBCO highlight the benefits automation can bring to data management offerings, particularly at this time data scientist talent is in high demand. Automating some tasks for data scientists enables them to work on more projects, benefitting the broader enterprise in a myriad of ways.

Cassandra Mooshian is a senior analyst at Omdia. Contact at [email protected]