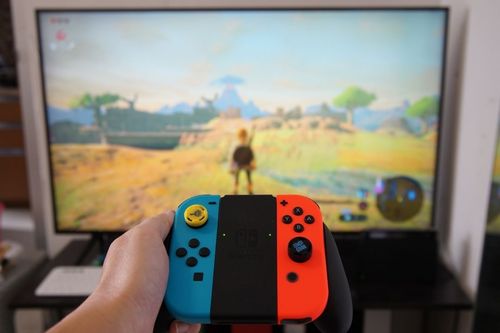 Despite enormous jumps in breathtaking graphics, the behavior of virtual adversaries within games has seen little improvement, bemoans Matthew Jack of Kythera AI

The rise of the third-party game engine has transformed development.

But this transformation is yet to happen for the algorithms that drive the behavior of digital characters.

Matthew Jack began his video game career at Crytek, developing character behavior tools for several titles. He then shifted to contract work, traveling from company to company, building AI systems from the ground up.

Why should developers spend time on recreation something that other people have already built – wouldn’t it be better if they could focus on making something better?

What would that mean for games?

We just get people a lot closer to where they want to be,” Jack said. The idea is to eliminate a lot of the legwork involved before developers can really see their vision through.

“They have their developers who do a little bit of AI, they have designers on the AI side, but we’ve built all of the AI systems, and designed and built the behaviors for them.”

Despite enormous jumps in computer power, breathtaking advances in graphics, and the arrival of games with unprecedented scope, the behavior of virtual adversaries within games has seen little improvement over the past decade.

“But designers often start with a really impressive vision and, unfortunately, it takes about two years of development for everybody involved to admit that they’re not going to reach it,” Jack said.

“It’s just a much bigger problem than they realize.”

Many designers simply accept that their titles won’t push any boundaries in character behavior.

“It’s like, okay, we need hordes of guys coming towards us, they just need to path find, their presence is all that’s really required here.

They’re not where we’re trying to make the gameplay interesting.” This ultimately stops games reaching their true potential, Jack believes. “There are fantastic tools for building everything else about games, but not for [character] AI,” he said.

“So you can end up with these amazing, beautiful worlds that are basically dead and empty.”

Middleware can help improve this somewhat, Jack argues, by reducing costs and time, while improving predictability – allowing for AI-based game elements to be included earlier in the ideation process.

But he also accepts that there are currently limits to character AI, simply because it is not a priority – not just in development resources, but in compute resources.

That could change – “graphics have really plateaued,” Jack said.

“Although technically graphics is still improving, I think players generally can’t tell, and so there is room for something else.

“I think there’s room for it to open up some completely new genres that we’ve really never heard of, something truly new.” Now wouldn’t that be something?