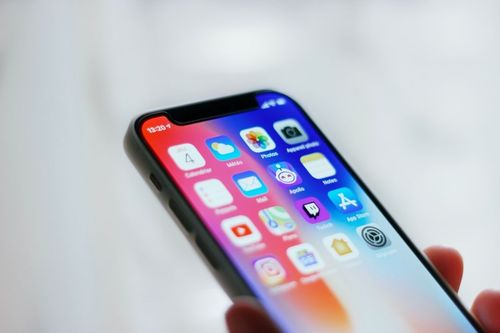 It’s not just downloadable apps that use artificial intelligence to function.

Both Apple and Google have long realized that artificial intelligence makes the smartphone user experience a whole lot more pleasurable – even if the models are operating behind the scenes.

Here are nine ways in which AI is quietly working in the background in the phone in your pocket.

1: Virtual assistants in your pocket

Siri and Google Assistant inevitably spring to mind when you think about consumer AI, and their prominence in almost every modern smartphone is a welcome trend.

At their heart, the virtual assistants – and Amazon’s Alexa, which has less uptake on mobile – are speech recognition programs that use natural language processing (NLP) and natural language understanding (NLU) technologies to decode your words into an instruction, to be performed without you having to touch, or even look at, the screen.

Whether it’s replying to messages, setting alarms, or adding important events to your calendar, virtual assistants are great for accessibility; they also deliver on the vision of talking computers often described in science fiction.

In 2020, smartphone cameras are often the key selling point of the device, and AI systems are increasingly used for competitive advantage.

Many recent smartphones – including Google Pixel 4, Huawei P40, and OnePlus 7 Pro – offer AI-based features, whether helping the user frame shot, compensating for hand shake and the lack of light, or stitching elements of multiple pictures together to come up with something better.

Some even use object recognition for instant identification of the subject – be it a pet, a slice of pizza, or a group of partygoers – in order to adjust the lighting and color palette accordingly.

On the subject of image recognition, Apple and Google have devised their own clever ways of tagging photographs in Photos (iOS) and Google Photos (Android).

Not only can you search your pictures by date or location, you can also look for photos of specific objects, or contacts by their name.

If you search your Google Photos storage for dogs, it will find any picture with a dog in it.

Google has trained its object recognition models for years to achieve such levels of accuracy, but more impressive is the app’s ability to recognize contacts by typing their name.

Simply tag people a couple of times, and the app will know to spot them in future.

4: Knowing what you’re going to say before you do

Compared to other aspects of artificial intelligence, predictive text is relatively simple – because the rules of a language are universal, even if there are regional tweaks.

Type “Are” into a text message, and the chances are the next word will be “you” - and from there, are only a limited number of words that sensibly follow.

Plus, there’s an almost limitless supply of training data out there, and the phone can learn how you chat to your friends over time.

And yet, it still feels somewhat magical when Google Keyboard correctly predicts the next word of a sentence you’re writing, or when Gmail suggests an appropriate automated reply.

5: Predicting when you will need your apps

This isn’t applied as widely as it could be (yet), but app suggestion is something that’s being investigated by both Apple and Google.

It’s as simple as it sounds: the phone OS can hazard a guess at why you’ve unlocked it, from a number of factors: the time of day, the location, and how you’ve brought it to life.

For example, if you’ve plugged in your headphones, you might want Spotify to Audible to show up. If it’s 8am on a week day and you’re at home, you might want to know the traffic on your route to work.

If you’re in a remote city on the weekend, perhaps you’re trying to find where the good bars and restaurants are.

Given that AI models can predict normal human behavior, it would be surprising if they couldn’t provide insights to help the energy efficiency of the handset.

And sure enough, AI has a role to play here as well.

With Android 9 (code named Pie), Google made a point of using AI to extend battery life of the handsets.

From knowing when to reduce the screen brightness to pushing “less important” apps into the background, phones are using AI to optimize their performance – and give you more time per charge.

When Apple ditched the Home button on its iPhones, it only did so once it had a robust and secure alternative in place: Face ID.

The system, which uses the iPhone’s complex array of cameras and sensors to analyze faces, will only unlock the handset when it detects its owner.

A part of the reason it works so well is thanks to advanced machine learning.

“The probability that a random person in the population could look at your iPhone or iPad Pro and unlock it using Face ID is approximately 1 in 1,000,000 with a single enrolled appearance,” the company explains.

In the early days of Google’s Internet dominance, no other product was blowing minds quite like Google Translate.

The ability to translate text from one language to another, in seconds, for free, unlocked reams of previously inaccessible information, even if a lot of nuance was often literally lost in translation.

Google has enhanced this product to be even more impressive on mobile platforms, thanks to a combination of AI models.

You can now take a photo of a menu in French and have the text instantly translated within the app, using text recognition.

More recently, Google’s Pixel Buds 2 launched with an improved live translation mode – user can speak a phrase into the microphone, only for Google Assistant to read back what the translation should be, in the language of their choice.

9: Answering calls and making bookings on your behalf

One of Google Assistant’s most impressive party tricks is currently exclusive to the company’s Pixel phones, but deserves a mention here, as it really does feel like a glimpse of the future.

For starters, you can set Google Assistant to automatically answer what it suspects to be robo-dialers.

Here, the system will answer the call (using your cell phone plan minutes) and ask the caller for their name and what they want.

If it detects a robot, it hangs up, but if it senses a human, it will pass the call to you – like an AI-powered secretary.

This technology is now refined to the degree that Google Assistant can call restaurants and make bookings on your behalf. Just tell the system what your requirements are, and it’ll do the rest.

While early results have been mixed and limited, when it does work, it works like magic.