Why Your Chatbot Will Never Work - Part IV by Dennis Helms, HCL Technologies 11/13/2020 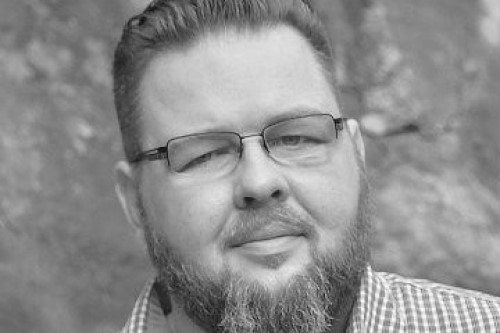 I was speaking at a quarterly kickoff for a company down in Australia two years or so ago, and I was asked: “Is Conversational AI really AI, and if so, why?”

It was a question that I contemplated when I first transitioned into the industry.

Rather than give a technical breakdown of the language being the data model and what NLP was, etc., I decided to try an analogy that firstly gave a basis for AI, and then drew the similarities and distinctions.

Here is roughly how it went: "For those of you who have children and are past the toddler stage, you know that a child copies everything you do from the moment they develop the motor skills to do it! That is the point where you start having to watch what you say and how you react to others because you are an example. You teach your children different skills and behaviors directly or by imitation, and they repeat and get better and better at those skills on their own. Eventually, they start coupling those skills together to form new behaviors on their own. The one moment that every parent has when they look at their child doing something and they ask themselves “How did they learn that!?” – you realize that they formed a completely new behavior based on the ones they already knew.

"At some point in your parenthood, you will reach the moment where regardless of the many skills and behaviors your child has learned, they make a choice based on the consequences and the past outcomes of different choices, and it is evident that this choice was well thought out. By the way, that is the holy grail of parenthood!

"In terms of computing, the imitating child is not necessarily AI, it could merely be a great algorithm for tackling a task. The child that cobbles a couple of skills together to make a new one is not necessarily AI either – it is more likened to “ML” or machine learning… but the last example, where the child make a decision based upon an analysis of consequences or desired outcomes and executes on that – well that is really worthy of the title “AI.”

At that moment, the small crowd seemed to have an “Aha moment” so I continued…

“What does that look like in Conversational AI? Spoiler alert, we haven’t yet reached the “teenage years”! If you consider an intent to be a skill or behavior and the utterances, variances of those utterances, context, etc. to be the improvements of those skills, we are largely still at the mimicking baby stage. There are some companies and universities that are really pushing the limits of commercially viable Conversational AI with features like Intent Discovery which is more squarely in the ML category, but those are not widely available and standard fare yet.”

This analogy in various forms and lengths seemed to be popular in the interviews, podcasts, webinars, and such in which it appeared in the months to follow. I bring it up here because it still seems to be the best explanation I have seen. AI has become an overused term for anything that falls into slightly cutting edge these days. It brings me back to the dawn of terms such as “Cloud Computing” and “Service Oriented Architecture” which are similarly nondescript but heavily overused. With that said, there are several technologies in addition to Conversational AI that are commonly thought of as AI. Let’s take a peek at a few of them and how see how they relate to Conversational AI:

This is really the next level of the classic Enterprise Search, or the one search for everything in the enterprise. I have personally been involved in many ES projects as they are usually adjacent to Enterprise Portal or Intranet projects which used to be my bread and butter. So, what makes Cognitive Search part of the AI bandwagon? Again, it comes down to understanding user intent, similar to Conversational AI. If you can better understand intent, you can dial in relevancy which is the primary stat of Cognitive Search. It also more readily “blends” the search results together into a highly relevant soup of results where the user doesn’t have to care where the results necessarily came from.

Cognitive Search is an excellent companion to Conversational AI because in many cases it leverages the search algorithms to derive an answer. Remember, in a previous post, our distinction of Conversational AI primarily being a difference in the user interface? You could slap on a CUI on top of a cognitive search for a different experience, which could have both advantages and disadvantages, but that is a topic for another time.

This area of consumer-grade AI is typically where the most cutting-edge work and feature-set lies. Simply put, PA takes into consideration the past (aka reports) and the present (aka dashboards); and predicts through patterns and potential outcomes, based on similar inputs. Sounds like our mature child example above, doesn’t it? Where PA really gets fun is when you apply it to Conversational AI in the capacity of predicting what a user might say next! This can greatly improve the accuracy of intents when less-than-stellar utterances are given.

I left RPA for last because it is probably the least understood albeit most widely used AI technology out there and requires a bit more in terms of explanation than the others. RPA “bots” can replace mundane and repeatable tasks that humans traditionally execute such as opening and routing emails, data entry, moving files around, processing and scraping forms, interacting with websites, etc. They also will typically have some sort of orchestration functionality in the product which is basically workflow for machines. All of this allows for more business functions to occur with less human interaction. Many of these super-bots can also learn how to do their jobs more efficiently and adapt to different conditions, such as scraping data from unstructured documents. If the algorithm is adept in identifying the first party on a mortgage document, it can most likely figure out how to do the same with other document types or from the same type of document from another vendor or state. This combination of human substitution and ML capability is what puts RPA into the AI category.

Now you might say that some of these tasks can be completed by a chatbot – and you would be right. Remember anything is possible with enough lines of code! However, if it is a common task that is performed under the guise of self-service or something of the like, it may be perfectly suited to be performed by RPA or a chatbot. A chatbot can also leverage RPA if needed, and many vendors boast compatibility or integration with one of the major RPA vendors out there. Here is my advice on this:

In summary, Conversational AI is in good company, and the reality is that it is just fine to call all of these great technologies “AI” regardless of which baby step they are at! I would be remiss not to say that there are a few unique vendors out there that have intelligent platforms that are all-encompassing. They might have all or most of these technologies wrapped up together and may even gear the platform toward a particular industry vertical, or functional horizontal. Many of these might be worth a look because you may find that deployed in your organization, the total sum is worth more than the value of its individual parts.

This is the fourth post in a series, following Part I - Introduction, Part II - The Value Proposition (or so I am Told) and Part III - The Maturity Mismatch.

With over 17 years of experience in the IT industry, with the past 10 years in consulting, Dennis brings a wealth of practical know-how to the management, operation, and salesmanship of a services or software product based organization. Dennis’s career has progressed from Junior Developer through the roles of Development Lead to Architect and Enterprise Architect, and eventually to Project/Program Manager, Practice Director, and Pre-Sales Lead – all within the Microsoft technology stack. Dennis is extremely comfortable and thrives in front of executive and technical customers, bringing a professional and concise presence at any phase of the sales cycle or project.