US embraces multilateralism as China doubles down on tech ambitions regime by Richard Upchurch, Access Partnership 2/19/2021 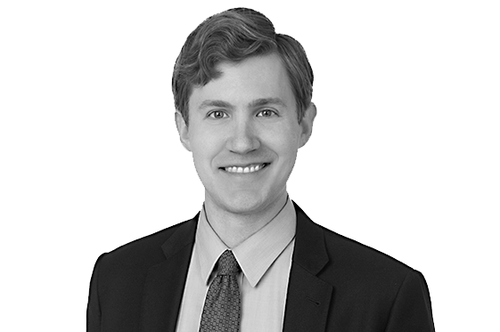 In March 2021, China will formally unveil its 2021-2025 Five-Year Plan. Based on details revealed in 2020, the plan is expected to emphasis technological independence and indigenous innovation. While these themes have featured heavily in China’s industrial policies for years, their inclusion as priorities in the new Five-Year Plan signals Beijing’s intention to double down on its ambition to become a world leader in advanced technology.

Shortly before the unveiling of Beijing’s plan, Joe Biden will be inaugurated as President of the United States. Biden has made clear his penchant for multilateralism and his intention to work with allies to develop a coherent strategy to confront China on trade and technology. Congressional Democrats and Republicans alike have expressed support for a multilateral approach, and the EU has put together a proposal for a new transatlantic partnership focused partly on tech.

As a result, we expect two trends to unfold in 2021: China will pursue its tech ambitions with renewed focus while the US will seek more robust collaboration with allies, namely the EU, to address the China challenge. These trends will shape policies and regulations related to trade, emerging and critical technologies, supply chain security, data governance, data security and privacy in the US, Europe, China and globally.

A confident China marches on

Beijing released the first details of its proposed 14th Five-Year Plan (2021-2025) in late October 2020 following the 5th Plenum of the Chinese Communist Party (CCP)’s 19th Central Committee, a meeting of China’s top Party officials. According to the official communiqué, China’s proposed goals for the next five years include significantly improving innovation capabilities, building an advanced industrial base and modernising supply chains. The plan also proposes an acceleration of China’s effort to become a science and technology power, with innovation as its core driver.

These ambitions are not new – they have featured in China’s development policies for many years, such as previous Five-Year Plans and the Made in China 2025 policy announced in 2015, which prioritised innovation and advancement in ten technology sectors, including high-performance computers, aerospace and new-generation information technology. The significance of the proposed 14th Five-Year Plan is that it reinforces these priorities and suggests Beijing will continue, and perhaps expand upon, controversial industrial policies and economic practices that have contributed to tensions with the US, such as subsidies, technology transfer and military- civil fusion (leveraging commercial gains for military development). China is expected to begin implementation of the 14th Five-Year Plan following its unveiling at the annual session of China’s legislature in March 2021.

As it moves forward with the plan, China will continue to seek to exert greater influence over data governance, data security and technology issues, both domestically and internationally. The Regional Comprehensive Economic Partnership (RCEP), China’s first and the world’s largest multilateral trade deal, is expected come into force in the latter half of the year, boosting China’s ability to shape regulations and standards in Asia and potentially paving the way for a China-South Korea-Japan free trade agreement. China will continue to seek partners for its proposed Global Data Security Initiative while developing domestic data security and personal information protection laws. Due to China’s unexpectedly effective management of Covid-19 and the upcoming 100th anniversary of the Chinese Communist Party in July, China’s leaders will undertake these efforts with a renewed sense of confidence.

The US and EU will continue to face a China challenge in 2021, and conditions are ripe for the emergence of a reimagined transatlantic partnership to tackle it. Biden has stated that he will prioritise strategic collaboration with allies on China, while lawmakers on Capitol Hill are trending in favour of a more multilateral approach. The US and EU took a step towards closer collaboration in 2020 with the launch of a new bilateral dialogue on China. Sensing a once-in-a-generation opportunity to build upon the dialogue and deepen collaboration, EU leaders plan to propose a new transatlantic agenda for global cooperation, centred on areas where US and EU interests converge, where their collective leverage can be best used and where global leadership is required.

The proposed agenda would cover a range of issues relating to competition with China, including control of the development and use of critical technologies such as AI, supply chain security, international tech standards, trade barriers, innovation, forced technology transfers and intellectual property rights. The EU is proposing to establish a bilateral Trade and Technology Council to serve as the primary mechanism through which to tackle these issues.

The EU is proposing an EU-US Summit in the first half of 2021 to launch the agenda, and it has expressed support for Biden’s proposed Summit for Democracy. While it is not guaranteed that both sides will agree on a reimagined partnership this year, perhaps due to irreconcilable differences over other issues, such as digital tax rules, on the proposed agenda, it is likely that they will at least begin discussions, given the interest among EU leaders and the trending preference towards multilateralism among the Biden Administration and lawmakers on Capitol Hill.

•     Tech companies should expect continued, but more predictable, risks stemming from great power competition between the US/EU and China.

•     Export controls, tariffs, sanctions and national security prerogatives will remain vital tools in the US and EU’s toolboxes as they consider a new strategic approach to the challenges posed by China.

•     Efforts to establish a new transatlantic partnership are likely to present opportunities for private sector input, so companies should not wait until an official announcement to engage key officials.

•     Companies with operations in China should take a close look at the 14th Five-Year Plan when it is unveiled in March 2021. Increased government support for certain sectors could lead to new business opportunities. On the other hand, greater government attention could lead to increased regulatory scrutiny or discriminatory treatment.

Prior to joining Access Partnership, Richard worked for a leading healthcare software firm, where he helped medical professionals around the United States overcome the challenges associated with adopting an electronic medical record software system. He also worked alongside Foreign Service Officers at the US Embassy in Beijing, where he helped manage US-China people-to-people relations. Richard holds an MA in International Relations and Economics from the Johns Hopkins School of Advanced International Studies and a BA in Asian Studies from Furman University.