Why AI can help to drive the sharing economy to a safer future by Robert Prigge, Jumio 6/8/2021 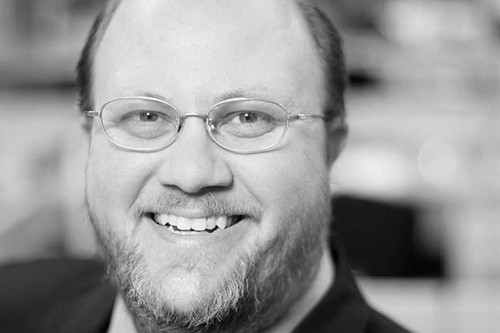 Sharing economy apps have provided us all with a little semblance of normality in a year like no other, whether that was a staycation in the UK, a ride to a vaccination site or a restaurant-quality meal delivered to our doors.

According to our new research conducted by YouGov, a quarter of UK adults (25%) are using food delivery apps more than ever, with almost half (46%) of those aged between 18 and 24 using them more often.

With usage going up across age groups, the Supreme Court ruling that drivers must be treated as workers rather than self-employed and one food delivery app’s recent IPO, there’s a lot of questions being raised about this industry. As such, the public are thinking more about what role they want sharing economy services to play in their lives and what matters to them.

Technology is at the heart of the sharing economy and while the public is increasingly trusting of these services, safety is still a core issue. This manifests itself most prominently in having the assurance that the representative from the service is who they say they are, particularly for ride-hailing apps.

This trust is key for the continued growth of the industry. After all, in what other scenario would we get in a car with a stranger, rent their home or invite them into our house to provide a beauty treatment? However, for much of the population, this certainty is just not there yet. For ride-hailing apps, a quarter (26%) of UK adults are not confident that the driver is who they claim to be. Particularly noticeable is how trust changes depending on the age of the user. While almost two thirds (60%) of UK adults aged 18-24 are confident that a driver is who they say they are, this decreases dramatically to just 41% for adults aged  35-44, 29% for adults ages 45-54 and only 22% of those 55 or older. Considering that 78% of people over 55 have never used a ride sharing app, this level of trust has to be rectified if they are to address a broader audience who need these services arguably just as much as any other age group.

Other demographics also see lower levels of trust, such as geographical region, and is something that has to change according to Juliet Eccleston, Sharing Economy UK Chair. She comments that “businesses need to proactively implement the right controls for the level of risk they are carrying in an effort to future-proof their marketplace. The risk becomes greater as platforms scale and with more people recognising the positive impact of sharing, those platforms with good controls and high levels of trust will be set to benefit significantly.”

So what controls are needed? The answer lies in part by embracing AI-powered identity verification and authentication. Our research shows that two in five UK adults (42%) want their driver, host or food deliverer to have their identity checked regularly, with a quarter saying that the worker should verify their identity every time they use the app (23%). This may seem excessive, but in a world that converges both digital and physical, it’s the clear preference. What does need to be addressed, though, is how identity verification doesn’t become laborious or time consuming for the driver to implement and use.

Document-centric, biometric-based identity proofing and ongoing authentication is key here, and when underpinned by AI, is a quick and seamless process. It provides the clearly desired assurance for customers and the speed required by workers. How this works is at the account opening stage. When a new driver opens an account with the ride-hailing app, they will take a photo of their government-issued ID, such as a passport or driving license. They then take a corroborating selfie using their smartphone.

This process creates a biometric template which ensures that the person creating an account is the person they say they are. Every time the driver then logs into the app for work, they will simply take a fresh selfie. This new image creates a new biometric template which is then immediately compared to the original taken at account opening. And for those in head office thinking this will mean a whole new app and process, they need not worry. It can easily be built into an app’s existing functionality by partnering with an identity corroboration hub provider. By harnessing the expertise of an AI-powered solution, one that is built on massive production data sets with a history of millions of identity verifications, this process takes mere seconds.

The future of this industry is a bright one. While providers in the space were already winning customers, the pandemic has solidified their essential role in modern society. While businesses face challenges, there are quick and easy solutions. By using AI-powered identity verification and authentication, they can establish true ecosystems of trust that will reach undiscovered users and assure current ones.

Notes: All figures, unless otherwise stated, are from YouGov Plc. Total sample size was 2,044 adults. Fieldwork was undertaken between Feb. 15-16, 2021. The survey was carried out online. The figures have been weighted and are representative of all UK adults (aged 18+).