Global chip shortage - a crisis to live with, or an indication of future demand changes?
by Nataa Samac, Anari.ai
6/15/2021 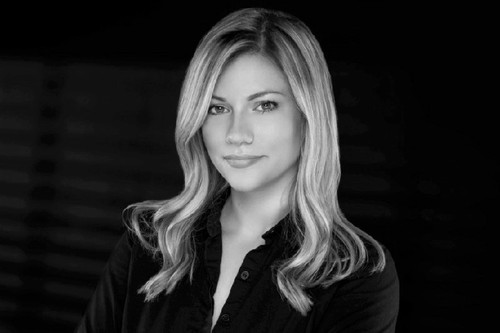 ● According to Goldman Sachs, the global chip shortage has affected 169 industries.

Due to competing for the chips with the electronics industry during Covid-19, carmakers have been the most affected, which affected their customers as well.

● Covid-19 seems just like an accelerator for the chip crisis, and experts believe that the shortage has its roots in the years before the pandemic.

● It’s expected that global chip shortage will last two years, and experts predict that cloud services and FPGAs could help reduce the shortage.

In early January 2021, Ford, Toyota and Nissan were among the first automobile giants that announced to slow down the production due to global chip shortage. Large and small auto factories across the globe have been forced to halt or even stop the production.

Although the automotive industry is the most affected by the semiconductor shortage, Goldman Sachs confirms that the problem Ford CEO Jim Farley named “the greatest supply shock he has ever seen” has affected as many as 169 industries. “Out of stock” has become an increasingly frequent warning on the market, no matter if you’re looking for a new car, laptop or PlayStation.

Chips work as a brain to all modern technology, and the semiconductor industry is seriously struggling to rebalance the chip supply and demand. Automakers and tech companies from Washington to Brussels to Beijing are seriously affected.

What actualy happened and why should we all care?

Carmakers and electronics industries in the war for chip supplies

The conventional wisdom is that the wrong forecasts of the automotive companies at the beginning of Covid-19 were the main cause of the chip shortage in that industry. The pandemic had shut down parts of the global economy, and millions of people were forced to work only from home.

At that point, automotive companies had estimated that there won’t be much demand for chips, which led to a series of wrong decisions. Expecting less demand for cars during the pandemic, car makers reduced the production and cancelled orders of chips, supplying themselves with only a limited number of semiconductor chips.

At the same time, people became much more attuned to the new electronic devices such as laptops, TVs, video game systems, so electronics companies increased demand for chips to meet the emerging need for these devices. It was too late when automotive companies realized that car sales would bounce back earlier than expected. They couldn’t produce enough units as chip factories got overbooked to serve consumer technology industries.

Automotive industry’s losses the most visible to consumers

AlixPartners consulting firm predicts that the global chip shortage wil cost automakers US$110 billion in lost revenues in 2021, which is a significant increase compared to January estimates of $60 billion. In terms of vehicles, this means that carmakers wil produce about 3.9 million fewer vehicles than they have planned for all of 2021.

“The impact on the automotive industry is getting the most attention at the moment because it is also the most visible to consumers who see fewer new cars available for immediate delivery and increasing price of used cars. However, from what I can see, pretty much every semiconductor company not named Intel, Nvidia, Qualcomm, Apple, or similar is having tape outs delayed 6+ months. If you are not already a billion dollar company, that is a huge opportunity cost to bear,” said Sasha Ostojic ex-VP at NVIDIA, Advisor at Samsung Electronics and Anari AI.

Still, car makers are not the only ones affected by chip shortage. How to explain this?

Covid-19 - the cause or accelerator of the chip crisis?

“There were signs of shortage before the pandemic and Covid-19 only escalated the issue with stay-at-home orders, which increased the demand for technology amid closures and disrupted supply chain,” considers Dejan Markovic, PhD, Professor at UCLA, co-founder of Flex Logix, and Advisor at Anari AI.

Sasha Ostojic also believes that the pandemic only pointed out the real causes of the chip crisis. “In my opinion, the cause is more a reflection of the concentration of semiconductor manufacturing in just a few factories in Taiwan and Korea that has been happening over the past 10+ years. The pandemic exposed and amplified a lot of issues in the global economy that have been building up over a long period of time, such as supply chain constraints, manufacturing concentration, labor shortages, etc,” said Ostojic.

Due to the high cost of building factories and making chips, only the biggest foundries can afford multiple plants. At the moment, Intel, Samsung and TSMC are the largest chip producers. According to Bloomberg, in 2020 they generated $180 billion - almost as much as the next 12 biggest chip makers together.

Is the global chip shortage here to stay?

Many analysts think that global chip shortage could last throughout 2021, although the supply and demand rebalance suggests that this problem could take a little longer. In March, Intel announced a $20 billion plan to build new chip factories in Arizona. Meanwhile, Intel’s main competitor TSMC plans to boost capacity by investing $100 billion over the next three years.

What will happen in the meantime?

“Overal demand remains very strong and continues to exceed supply while our channel inventories remain quite lean,” said Colette Kress, CFO of NVIDIA, at the company’s annual investor day on April 12, adding that the company ”expects demand to continue to exceed supply for much of this year.”

“The demand for chips is growing and isn't expected to slow down soon,” said Dejan Markovic. He believes that the global chip shortage could last for another two years, while Sasa Ostojic predicts that “major industries such as automotive are likely to restore manufacturing capacity by this time next year, but the longtail will take well into 2023 to recover.”

Bogdan Vukobratovic, PhD, co-founder and Head of R&D at Anari AI points out that the semiconductor industry requires more flexible solutions that could reduce global demand for chips. “The chip industry should be focused on producing reconfigurable architectures like FPGAs which are future-proof since they can be reused and repurposed for many applications. Furthermore, FPGAs placed in the Cloud can even be shared among the companies, and thus used at maximum capacity reducing the number of chips needed globally,” said Vukobratovic.

“The problems could also be seen as opportunities and people are now forced to think how to overcome the need for more silicon. That involves more creative use of Cloud and compute resources there, and software solutions that would accommodate rapid growth in data and AI workloads. We have been spoiled with increasing hardware capacity over the years, and we should learn how to better utilize existing hardware resources. For example, FPGAs have emerged as an attractive option for accelerating AI in the Cloud, and there is an increasing focus on software services while the chip supply is trying to get back on track,” said professor Markovic.

The rebalance between chip supply and demand could be achieved in the next two years, and affected companies might get back what they lost. Still, it is uncertain how long a rebalance could last. But do the once affected companies have that luxury of uncertainty? As stated by Open AI, “the amount of AI compute is doubling every 3.5 months.”

What if the crisis is actually a loud signal that the industry has to be changed to meet the real needs of the future?

What if the future of semiconductors is … virtual?

Natasa Samac is marketing developer at Anari AI, which is building the next-generation platform for AI computation