AI Robots Will Take Some Jobs, But They’ll Create New Ones 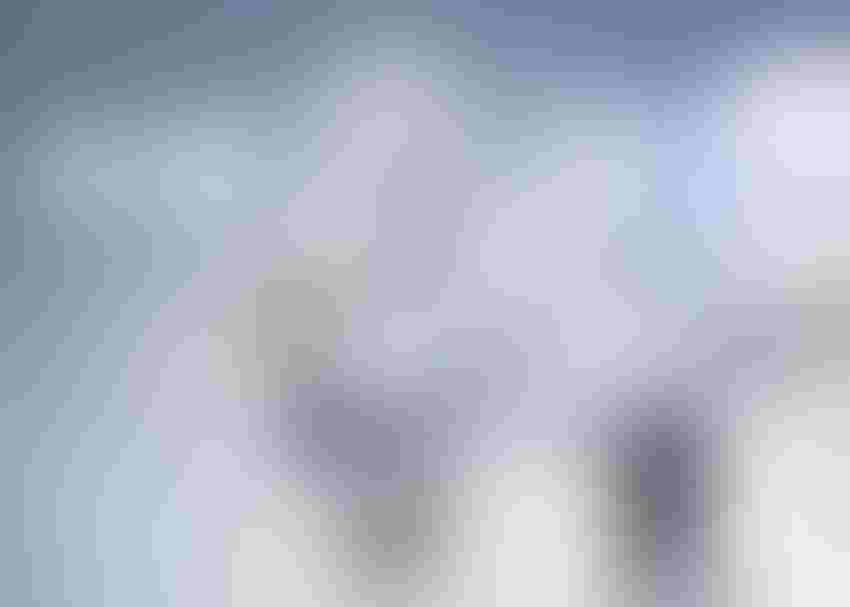 PwC's new report claims that millions of UK workers will lose their jobs to AI, yet, it also puts forward the argument that automation will lead to the creation of countless new professions and boost the British economy.

AI is one the 2017’s big buzzwords. The new technology is exciting and offers a plethora of possibilities that were once reserved solely for our wildest dreams and cinema screens. However, with the advancements in AI also comes fear. People are worried about how many jobs will be lost to artificial intelligence. PwC has released a new study centred on the future of the UK’s economy. Within said report is a section devoted to the potential impact automation will have on the British, US, German and Japanese economies, which begs the question, “Will robots steal our jobs?”

Putting aside the slightly sensationalistic nature of this section’s title, the study concludes that yes, certain professions are in danger of being lost to the new technology in the future (30% in the UK, 38% in the US, 35% in Germany and 21% in Japan could potentially be at high risk of automation by the early 2030s). However, PwC’s study, which was written by John Hawksworth, Barret Kupelian, Richard Berriman and Duncan Mckellar, does note that automation will also result in the creation of news jobs and income gains.

PwC's report took the previous work of Oxford University researchers, Fey and Osborne, 2013, as well as Arntz, Gregory and Zierahn’s (OECD, 2016), and expanded upon their findings. Fey and Osborne estimated that around 47% of total US employment has a “high risk of computerisation” by the 2030s, and Arntz, Gregory and Zierahn’s estimation were quite a bit lower, only 10%. PwC’s findings are somewhere in between, estimating that 35% of US jobs are in danger of being lost to the robots.

“Specifically, based on our own preferred methodology, we found that around 30% of jobs in the UK are at potential high risk of automation and around 38% in the US,” states PwC’s study. However, it goes on to mention that, “even if these potential job losses do materialise, they are likely to be offset by job gains elsewhere.”

They found that four industries are at greater risk than any others: “wholesale and retail trade, manufacturing, administrative and support services, and transport and storage.”

“The industry sector that we estimate could face the highest potential impact of job automation is the transportation and storage sector, with around 56% of jobs at potential high risk of automation,” the study elaborates.

Yet the question remains, why are these sectors more at risk than others? “Workers in high automation risk industries such as transport and manufacturing spend a much greater proportion of their time engaged in manual tasks that require physical exertion and/or routine tasks such as filling forms or solving simple problems,” it explains.

“Workers in high automation risk industries such as transport and manufacturing spend a much greater proportion of their time engaged in manual tasks that require physical exertion and/or routine tasks such as filling forms or solving simple problems,” informs the study.

Therefore, the more physical the job is, the more likely it’ll be done by robots. This study also highlighted the fact that jobs that require lower levels of education are also at high risk. “On average, we find that men and, in particular, those with lower levels of education (GCSE-level and equivalent only or lower) are at greater risk of job automation,” wrote Hawksworth, Kupelian, Berriman and Mckellar.

PwC’s study went on to highlight the fact that economic factors could very well deter certain industries from adopting the new technology, which suggests that these numbers may end up being slightly inflated. “Just because it is technically feasible to replace a human worker with a robot, for example, does not mean that it would be economically attractive to do so,” the study states.

“Why take the risk of such investments when there is a low risk, low cost human alternative? Such considerations would apply in sectors like transport, retail and wholesale, hotels and restaurants, and food processing,” adds the report.

However, ultimately, Hawksworth, Kupelian, Berriman and Mckellar conclude that these economic factors could become less of an issue once the technology starts to become cheaper and more readily available. “Over time, however, we would expect these economic factors to become less significant as the cost of the new digital technologies falls (quite possibly very rapidly if a robotic version of Moore’s Law turns out to apply) and they become more widely adopted, leading them to seem less risky and untested by companies that were not early adopters.”

Yet, the report theorises that automation will lead to the creation of new professions in the future. There will be, “completely new types of jobs being created related to these new digital technologies.” For instance, an earlier PwC study with Carl Frey, “estimated that around 6% of all UK jobs in 2013 were of a kind that did not exist at all in 1990.”

“Similarly, by the 2030s, 5% or more of UK jobs may be in areas related to new robotics/AI of a kind that do not even exist now,” notes the study. PwC’s study also argues that automation will help to boost the economy and generate extra incomes, which will naturally go to the owners of these new technologies to begin with, but over time will feed into the wider economy and in turn create demand for more jobs in areas that are less reliant upon automation, “including healthcare and other personal services where robots may not be able to totally replace, as opposed to complement and enhance, workers with the human touch for the foreseeable future.”

So ultimately, the study concludes that automation will lead to jobs being lost, yet it will also generate new professions, and increase demand in sectors where AI and robots won’t be so influential.

As Hawksworth, Kupelian, Berriman and Mckellar conclude, “The net impact of automation on total employment is therefore unclear.” They continue, “Furthermore new technologies in areas like AI and robotics will both create some totally new jobs in the digital technology area and, through productivity gains, generate additional wealth and spending that will support additional jobs of existing kinds, primarily in services sectors that are less easy to automate.”

They finish off this section of their study by highlighting the importance governments will have in ensuring that people are familiar with, and prepared for, the arrival of these new technologies. “There is therefore a case for some form of government intervention to ensure that the potential gains from automation are shared more widely across society through policies in areas like education, vocational training and job matching,” the study finishes.

PwC’s Chief Economist and co-author of this study, John Hawksworth, elaborated on which areas of industry might actually benefit from automation and the advancements in AI technologies exclusively to AI Business.

"We would expect additional jobs to be created in the robotics and AI industries themselves as these develop. This could be everything from software developers to jobs in companies which manufacture, maintain and repair robots in future decades. Many of these will be well paid, high quality jobs, though the additional numbers of people employed may not be large relative to total UK employment,” replied Hawksworth.

"The larger potential for offsetting additional jobs will be due to the extra income and wealth generated from AI and robotics being spent or invested elsewhere in the economy. It is impossible to predict exactly where these additional jobs will arise given we are trying to look ahead to the 2030s here, but I would expect most of them to be in services sectors that are harder to automate because they require the 'human touch'.”

"This could include, for example, increased employment of doctors, nurses and social care workers to deal with the demands of an ageing population. It might also include a range of personal service providers for the winners from digitisation, including everything from fashion designers and chefs to personal shoppers, hairdressers and fitness trainers," he finished.