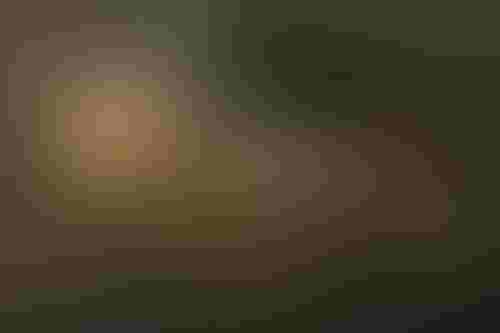 Teams of robots could one day prowl the caves of Mars in search of life.

For now, however, they can be found in a select few Terrestrial caverns, as NASA turns to Boston Dynamics to test out potential future interplanetary explorers.

Core to the effort is 'NeBula,' an autonomous artificial intelligence system developed by NASA’s Jet Propulsion Lab. The Networked Belief-aware Perceptual Autonomy AI is designed to handle the stochasticity and uncertainty found in space missions – with unknown terrain, spotty connections, and extreme environments all putting robots to the test.

NeBula works across a number of different robot types, from legged, to wheeled, to tracked, and even flying drones.

The AI was first put to the test by the Defense Advanced Research Projects Agency, which launched the DARPA Subterranean Challenge in 2017.

Next, it plans to train the system to work on other planetary bodies. This effort is underway with another acronymous project, BRAILLE (Biologic and Resource Analog Investigations in Low Light Environments), which is focused on finding life in lava tube caves.

Back in 2012, the Journal of Cave and Karst Studies found more than 200 lunar and 2,000 Martian cave entrances, each of which could provide a treasure trove of scientific data. Since they are shielded from cosmic rays, they could harbor life – as well as potentially offer safe places for human habitation. Even if life is lacking, the caves would offer an unprecedented look at planetary volcanic processes and the geological history of planetary bodies.

But the complex and narrow interior of caves makes the current rover designs unsuitable. Broad machines set on wheels, they could easily get stuck, rendering billions in mission costs worthless.

Boston Dynamics' somewhat dog-like legged robot is capable of navigating cramped locales, a test by JPL found. "I was really shocked that it was able to get down some of these smaller branches," Amanda Bouman, project member and graduate student at the global planning team at Caltech, said.

"In today's demonstration, our main success metric is if a team of robots can autonomously explore hundreds of meters into a Martian-analog cave," Ali Agha, project lead of JPL NeBula Autonomy and AI NASA Jet Propulsion Laboratory, said ahead of the test.

Earlier this year, three Spots slowly (and noisily) walked into the Valentine Cave at the Lava Beds National Monument, each carrying different sensors and technology.

"Robot number two has a robotic arm, and that robotic arm is a really capable device to get very close to the wall. That can allow us to get more information,” project deputy lead Benjamin Morrell explained. “If it still looks like some kind of biosignature, it could take out a swab and take a detailed sample, and put that in an instrument to take an analysis of the chemical composition. Additionally, it could shine a certain type of light that could assist robot number three.

"Robot number three can come in with a more advanced camera that can zoom very close, see in different spectrums. We have these multiple mobile robots that can carry different instruments, as opposed to one big robot that's going to have trouble traversing in this terrain."

The robots left a base station midway to keep a relatively stable connection with the team, who watched as the sensors sent back a 3D point map of the cave, using LiDAR.

"This demonstration has been a huge success for us," Agha said. "The integration of our NeBula autonomy and AI solution with this capable Boston Dynamics Spot robot would help us one day to explore actual caves on other planets.”

But much work still remains. On the hardware side, Spot would have to be changed – it is designed for Earth’s gravity and pressure. It would likely also have to be made considerably lighter due to the costs of getting mass to Mars.

As for NeBula, “challenges still remain for operations in extreme environments,” a paper on the AI system published earlier this year warned.

“Most challenging of all, however, is the combination of the above features.”