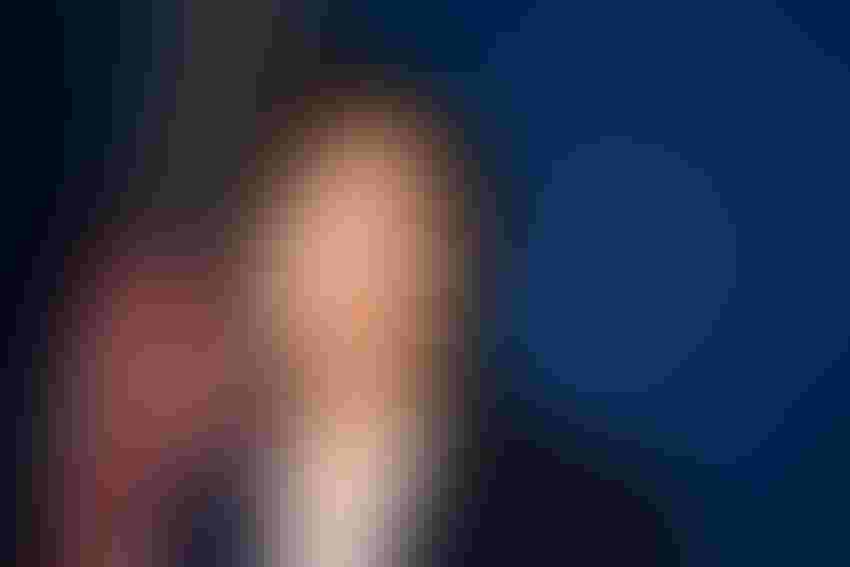 In March 2015, Michelle K Lee became the first woman and first person of color to be sworn in as director of the US Patent and Trademark Office (USPTO).

Previously a highly regarded tech lawyer at Keker & Van Nest, and later Fenwick & West, she served as deputy general counsel at Google shortly before her stint in government.

Fast forward to September 2019, and Lee, who had resigned two years prior, took a job at AWS as vice president of its Machine Learning Solutions Lab – leveraging the experience gained at MIT's Artificial Intelligence Laboratory, where she worked after obtaining master's in electrical engineering and computer science.

This month, Lee took time out of her busy schedule to talk to AI Business about her role at AWS, intellectual property, and the gender divide in AI – after a recent Deloitte study found that women make up just 26 percent of the AI workforce in the US.

The AI industry at large is facing a diversity dilemma. “We have made progress, but there is certainly much room for improvement,” Lee said, as she outlined the efforts of her team to narrow the gap.

AWS itself, she explained, has multiple employee diversity groups, with more than 40,000 employees across 190 chapters. The VP said her teams “actively seek out leaders who can invent, think big, have a bias for action, and deliver results on behalf of all of our customers.”

“We recognize that there's work to do to make the tech industry more diverse and we're investing in building out the next generation of diverse technical talent. We truly believe that good intentions are not enough.”

To help encourage that next generation, AWS also hosts and sponsors major events like code.org, Girls Who Code, Girls in Tech, and the Ada Developers Academy.

Lee also noted that AWS offers dedicated programs and products to help both men and women get the AI and ML skills they need for the jobs of tomorrow.

AWS training and certification programs has seen well over 100,000 developers start their ML journey, she said. “The combination of all these efforts provides excellent opportunities for women and men to enhance their STEM and machine learning skills for the future to fill that talent gap.”

“In addition to all of those, AWS Amazon developed an ML university program that we used and have used for over six years to train our engineers.”

“There's a myth that has persevered that I'll never quite understand: that STEM or tech is for men and men alone, when in fact some of the most brilliant math and scientific minds have belonged to women – Katherine Johnson, the NASA mathematician, Rachel Carlson, the environmental scientist, or Rosalin Franklin, who discovered the double-helix structure of DNA.”

“We cannot afford to leave any talent behind; we need to take advantage of all our talent to create and build AI solutions to solve our world's most pressing problems.”

The worlds of intellectual property and artificial intelligence share a striking similarity – their poor record for inclusivity. A USPTO report from July 2020 showed that the share of patents with a single woman inventor named on them increased to 21.9 percent by the end of 2019, from 20.7 percent in 2016.

Lee noted this parallel, adding that both fields face similar issues in terms of talent pipelines, retention, and a lack of role models.

“More is being done to change the image of inventors and scientists, which is encouraging, and I'd love for all of our little girls to grow up dreaming to be inventors, builders, makers, innovators – whether in the field of AI or beyond,” she said.

Describing her milestone at the USPTO as a privilege, Lee expressed her hope that she is not the last woman to lead the office: “I hope it's actually quite the norm that women end up taking these leadership roles for important organizations and institutions.

“In fact, during my tenure, I believe that the agency ranked as one of the most diverse federal government agencies and I was very, very proud of that.

“And, it's not just a social imperative, but it's a business imperative – you will have a better, more engaged workforce, you can create products and services that are better for your customers.”

After Lee left the agency, the USPTO has sought to build on her focus on diversity and inclusion, launching an online platform aimed at encouraging greater participation in the patent system last March. But the director’s seat is now vacant – Lee’s replacement Andrei Iancu stepped down in early January, just days after decrying the violence on Capitol hill.

Lee said she’d encourage anyone who believes that they have the talent and the purpose of the mission to pursue the role: “I hope I'm not the last woman and director of the USPTO, and maybe one day, there will be a world in which there are no longer any more firsts, and that will be a day that I would look forward to.”

Imparting some advice to women who want to achieve leadership positions in AI and tech, Lee said: be a constant learner.

“I went from engineering at the MIT AI Lab, to HP’s research lab, to law, to business, to government, and back to business. In each role, I learned something different which made me more valuable to my next role, and my next employer.

“You learn different things from different roles, so mix up your vantage point and roll up your sleeves, dig in, and learn, and you will gain insights that will prove valuable to you, your customers, and society at large.”

She also reminded of the need to pay it forward: “Lots of people have helped me to get where I am, including many tremendously generous male mentors, for which I am grateful.

“Our world would be better off if we enable all of our human talent and potential, so take the time to pay it forward. For all the women out there, what I would say is, don't wait for people who look like you to do what you know needs to be done.

“If I waited for people who look like me to do what I did, I'd still be waiting. Find out where you can make a contribution, and just go for it. Seek out mentors, seek out role models where they exist, but don't wait for role models.”