IBM Shows Off Their 'Enterprise Strong' Cloud and AI at InterConnect 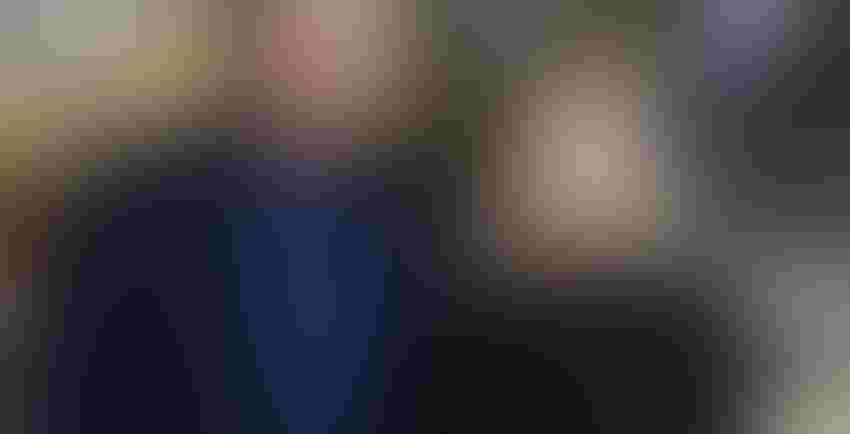 IBM's CEO, Ginni Rometty, spoke at InterConnect in Las Vegas of their cloud technology, which she described as being 'enterprise strong', ‘data first’, and ‘cognitive at its core’.

With the recent news that IBM and Salesforce were going to be integrating their respective AI systems: Watson and Einstein, there are certainly exciting times ahead for the two tech giants. IBM's CEO, Ginni Rometty, took to the stage this week at IBM InterConnect in Las Vegas, where she outlined their three key principles for IBM's cloud: it has to be "enterprise strong", "data first", and "cognitive at its core".

“You need innovations that are going to continue to come out, and you need a cloud that will keep taking them on,” Ginni Rometty told attendees present at the event in Las Vegas. “There’s a long pipeline coming, and that’s what an enterprise cloud does – it embraces that.”

Rometty went on to explain how in order to be, as she dubbed it, "enterprise strong", it isn't just about being present in as many different markets as possible, it was also about having complete control over one's data and industry. In other words, you have to be the market leaders in your respective field, and judging by Rometty's talk, IBM wants to be at the forefront of cloud technology. “You’ve got to be more secure than on-prem and have a very solid roadmap and pipeline of innovation for the future,” she explained.

Rometty also highlighted the importance of blockchain and quantum computing, and how it'll play a big part in IBM's future. “I believe blockchain will do for trusted transactions what the internet has done for information,” Rometty said. “You can exchange anything in a safe and secure way.” As far as quantum's concerned, IBM's CEO declared that it will pave a, "new era of business, doing things you’ve never done, [and] solving problems you never knew you had."

Rometty then invited some of IBM's special partners, friends and guests to take the stage, one of which was the CEO of Salesforce Marc Benioff, who took the time to discuss how AI and machine learning was going to change their industry. “Artificial intelligence is something we’ve all dreamed about, but when you look at things like machine learning, machine intelligence, things like deep learning, there’s an acceleration going on,” he said. “It’s honestly surprised me – I can’t believe how fast artificial intelligence is evolving and changing.”

Since Salesforce and IBM are going to be working together very closely on AI, Benioff was keen to explain how this game-changing partnership was going to play out. He used the example of KONE's lifts (or elevators if you are American) and escalators. Watson predicts the fail rates of said contraptions, then Salesforce's CRM comes into play and offers a package which will assure that a repair team is sent out the minute a lift or an escalator breaks down. “That’s a real big shift in how business operates,” said Benioff.

Randall Stephenson, CEO of AT&T, was invited on-stage and announced that the telecommunications company will be incorporating cloud technologies into the heart of their network. “I don’t believe we’re more than three or four years away from being indistinguishable from the ‘data cloud’ to the ‘network cloud’,” he said. “We’re riding off what you guys are doing.”

Rometty concluded her speech by offering her audience a few words of advice. “Our job is to really help prepare you for what you will become,” said Rometty. “I think you will become cognitive…it will be in your applications, your processes, and you will become a cognitive enterprise; and that’s what will separate the winners and losers.”