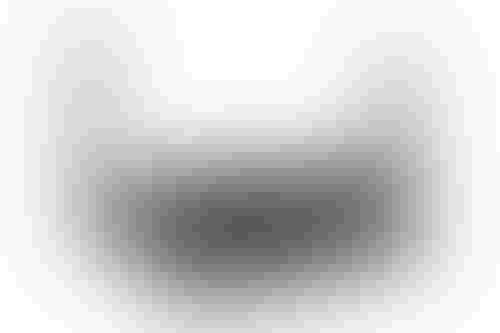 Chinese IT infrastructure giant Lenovo has announced a new ThinkEdge device for processing artificial intelligence workloads at the network edge.

The ThinkEdge SE70 features an Nvidia Jetson Xavier NX and was developed in cooperation with Amazon Web Services (AWS) in order to use AWS Panorama.

The ThinkEdge SE70 is not a camera, but would instead serve as the computing and networking hub for ‘dumb’ camera systems, allowing for AI-based surveillance to be carried out locally.

The new ThinkEdge, announced at Lenovo Tech World 2021, is expected to be available in the first half of 2022. Pricing is yet to be disclosed.

The SE70 joins an existing family of ThinkEdge devices, but is the first to drop Intel processors for Nvidia. The Jetson Xavier NX includes a 6-core Nvidia Carmel Arm CPU, and 384-core Nvidia Volta GPU with 48 Tensor Cores. Using the CUDA software stack, the Xavier NX is capable of up to 21 trillion operations/second (TOPS) of accelerated compute.

The edge device also includes 2TB of PCIe Gen 4 storage, 2 GbE connectivity, and an IP rating of IP51. The fanless system can operate in environments between -20 to 60 degrees Celsius.

“AI applications at the edge have enormous potential for the intelligent transformation of business, like using computer vision to track warehousing and logistics operations or automating manufacturing processes,” said Jon Pershke, VP of strategy and emerging business for Lenovo’s Intelligent Devices Group.

“The ThinkEdge portfolio is expanding to include the power, performance, and flexibility customers need to build next-level edge networks."

Ankur Mehrotra, director of AWS AI, added: “This new product brings together strong GPU performance from Nvidia, hardware system expertise from Lenovo, and scalable computer vision from AWS into a cost-effective and competitive package that customers can use to solve business challenges across many use cases.”

The company's Panorama SDK comes pre-installed on the SE70, but is not mandatory.

Just as it has dominated artificial intelligence training and inference workloads in the data center, Nvidia hopes to replicate its success at the edge – offering products from the low-power Jetson Nano up to the rack-scale T4 server.

Many others are fighting for a piece of the nascent market, given that Nvidia has less of a guaranteed foothold. This year alone, Mythic, Quadric.io, and Ambarella announced new edge AI processors, while Flex Logic, Blaize, and Latent AI have all raised millions to target this sector.