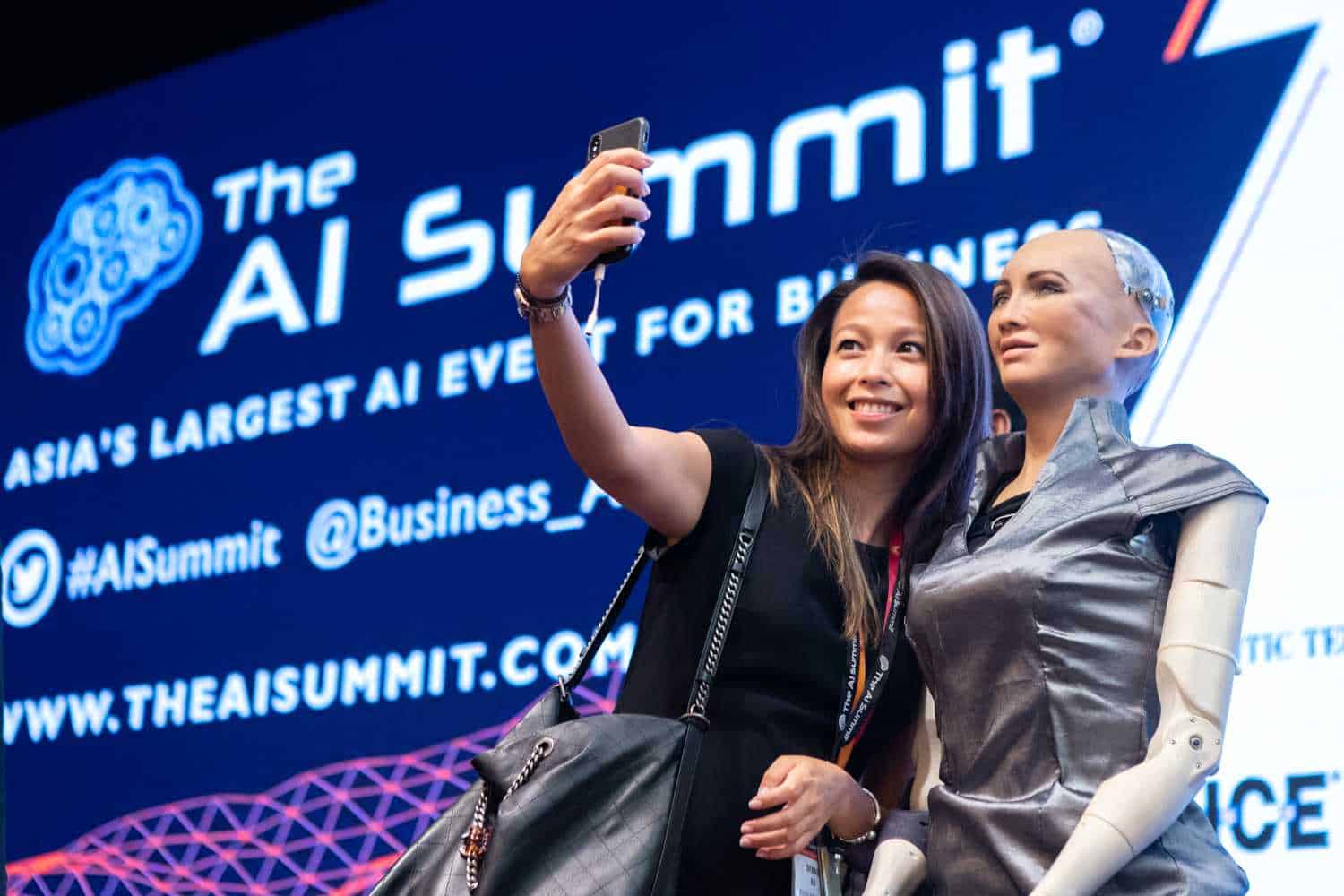 Adam Rates started his IT career working with airline data before quickly moving to the insurance world. During his time at Allianz he has been involved in a range of large transformational projects and programmes, such as the introduction of workflow, setup of offshore development capability, the introduction of mobile devices for our specialist workforce and the use of telematics. As Head of Strategy and Architecture, amongst other things, Adam is responsible for guiding the organisation's approach to new technologies and capabilitlies required to effectively  deploy and use them for the benefit of Allianz customers.

Rates gave the audience an insight to how Allianz as an insurance company, views the development of AI, and he had a clear message to them. Despite him appreciate the number of interesting themes that had been brought up during the Summit earleir that day, he saw it as important to bring them up in a "slightly more brutal way", he said.

"I think we need to bring them up in a slightly more brutal way, than perhaps we have been talking about this morning, because I think there are a couple of things that I as an IT-person, or we as technologists can be quite guilty of  and that is how we think about the things we are doing", Rates started off with.

This means that collecting all that data and driving insight out of it is essential. "It is perfectly possible to be sitting at the foot of any large insurer, us included, and have a motor policy, a house policy and a commercial policy, and the insurer not knowing that you have those three things tied up", Rates said.

This is where big data has come in, and where it can potentially make life easier for insurance companies. It allows them to gather all the data they have, and then analyse it effectively. They can apply not only their customer data, but also lots of "free data", gathered from sources such as the government, postcode information, and geolocation information, and together it creates great insights.

"We have a massive amount of data, and can now use machine learning to drive some insight out of that data", Rates said, when talking about AI and how they can apply it. However, Rates emphasised the importance of handling this newly gathered information in an appropriate manner. Despite insurance companies now beeing able to analyse and understand vast amounts of data on a deeper level, they need to also consider the social impacts this could have on the society.

Rates uses the example of the slogan it does exactly what is says on the tin, that was created by Liz Whiston and Dave Shelton at the London advertising agency HHCL in 1994.

Rates mentions how he sees today that organisations, such as themselves, are doing all of this technology in-house, with their own IT-employees, they're augmenting vendors and skills and purchasing new things, but the innovation and drive for it still  comes from inside the organisation. He believes this is because of two important problems, or "learnings" as he would say.

The first issue is that the excitement around this new technology makes people often very eager to replace everything with AI.. "They want to replace our entire call centre with robots and they want to replace our engineers with drones and all costs to be automatic, and the fact of the matter is that the technology is not there. The technology is just not there yet and it is some way off", Rates says. "The vendors promise that they can get all of this tomorrow, and it always ends in tears and sadness".

According to Rates, this is the simple way that insurances can work. However, it is essential to narrow it down to individuals, but the issue with this is "vetting out" those who are uninsurable. He explains this with an example, saying that if an insurance company puts 10 000 people into a pool, they can easily work out the statistical probability of how many accidents that group will generte, and then calculating the average cost of the accident. "Now you know what the pool will cost you in a year", he said.

However, one of the important factors here is that the insurance company does not know specifically who will have those accidents. This is where the help of AI could come in, as it would be able to actually pinpoint those out of the 10 000 who are more probably to have an accident, by analysing data on a deeper level than before. "So what we will do is take these out of the pool and what will happen then is that the average risk of the remaining people will drop, and I can now sell for a less price".

This might seem ideal at first glance, but Rates highlights the issue, saying: I have just completely socially disrupted the way the economy works, because what I have just done, is make a large group of people completely uninsurable. Because the insurance companies will not take them because the risk is so high, or the cost of insuring will be so great that economically we cant cope with it.

"Economically applying this process is faboulous for the organisation, but not so fabulous for the society", Rates says, explaining how the result is that the reputation of an insurance company like this would not be good, and that it would lose its customers. He emphasise the importance of caring for how we depoly the capabilities of AI and the impact that it has on the people they help. Insurance is essential for the economy to work. "At the moment the solutions dont do what they say on the tin".

Rates believes that there is currently an issue of trust, saying that if he were to work as a CEO, he would be reluctant to trust machine learning, unless he understood exactly how it works, and how it has reached the conclusion it has. "From a customer point of view, we need to be careful. We can tell a lot of things about your driving habits, your house, your business. Do we want to be using it? That is a good question there"

"What I am saying is that, the technology from a technologists point of view is fabulously exciting and fabulously capable, and the opportunities we have with it is absolutely mind-blowing. Fortunately and unfortunately, were not quite there yet.

"We have a bit of work to do before we get to the point where these things really do what they say they do, or aspirations for what they do match what we want to do with them. But we have to be really careful about how we deploy them. When we do deploy them, are we thinking of the ethics of the process, the consequences, the impact on our customer first and foremost, and the impact of the society", Rates said.

He ends the presentation by quoting B.F. Skinner, saying: The real problem is not whether machines think but whether humans do.