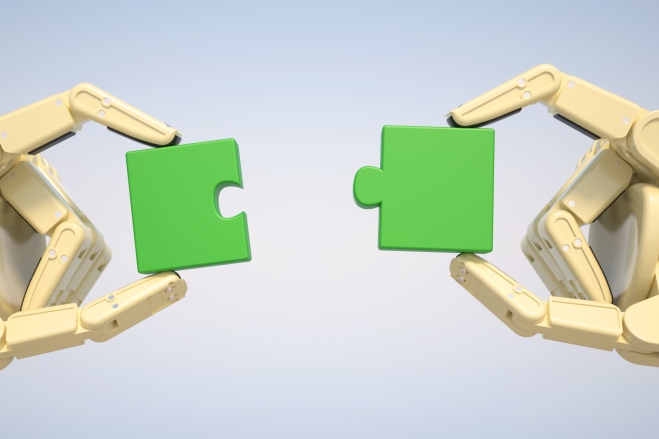 Apple is the latest addition to the Partnership for AI that was released last year, an initiative established to ensure advancing public understanding and awareness of AI, founded by Microsoft, Amazon, Facebook, Google, IBM, and Deepmind.

Despite neither Apple or the partnership issuing an official statement about its latest addition, it is expected that it will come very soon. CIO Today writes that this is a logical step for Apple, as its involvement in AI has grown significantly over the recent years, particularly with their natural language personal assistant, Siri.

However, it should not come as a surprise that Apple keeps their cards tight to their chest, which could be the reason behind the delayed confirmation from the tech-giant about joining the partnership.

Until recently, Apples AI-researchers were discouraged from publishing their findings. Joining the partnership would represent something of a change in strategy for a company that has long paved its own path with regard to industry standards and technologies, CIO Today writes.

This move could potentially be a result to Apple wanting to step up to its competitors as a vast majority of the largest tech companies in the world is now implementing AI, and working towards understanding its impact on the industry and the society.

With so many of its competitors working together in the consortium, Apple has been on the outside looking in. That might have served the company in the past when it was willing to develop its own standards with little concern for interoperability with other technologies, CIO Today writes.

The partnership does also support research and recommends the best practices in areas such as ethics, fairness and inclusivity, transparency and interoperability, privacy, collaboration between people and AI systems; and the trustworthiness, reliability an robustness of the technology.

Statements from the companies involved in the partnership said that: "We believe that artificial intelligence technologies hold great promise for raising the quality of people's lives and can be leveraged to help humanity address important global challenges such as climate change, food, inequality, health, and education.

This article was first published at: http://www.cio-today.com/article/index.php?story_id=123003YLT3XR