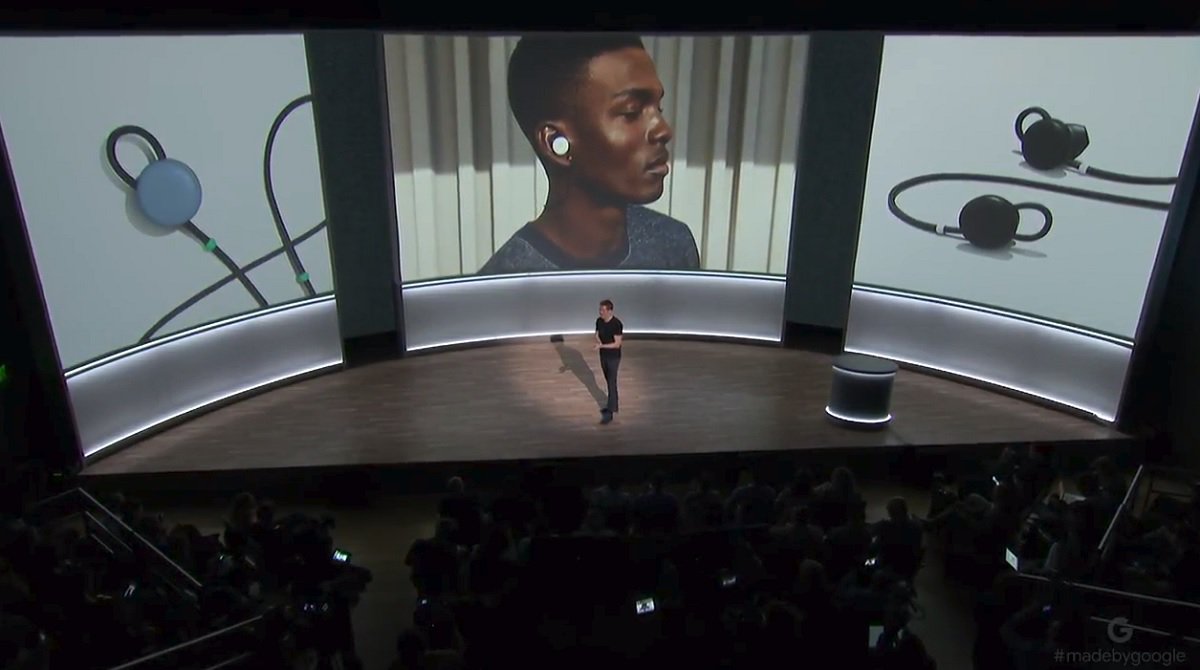 "Its like youve got your own personal translator with you everywhere you go," writes Adam Champy, Product Manager for Google Pixel Buds, in a company blog post. "Say youre in Little Italy, and you want to order your pasta like a pro. All you have to do is hold down on the right earbud and say, Help me speak Italian. As you talk, your Pixel phones speaker will play the translation in Italian out loud. When the waiter responds in Italian, youll hear the translation through your Pixel Buds."

"First, the Pixel 2 displays a friendly welcome message, basically informing the other person that you're using a translation app and how it works," he writes. "Since I was speaking Spanish in this conversation, the message was in Spanish. As he talked in English, introducing himself to me, it did correctly read out the correct Spanish ("Hola, como estas?"). The problem was that answering him in Spanish was tricky  the room was loud, so the phone's microphone couldn't pick me up properly. Maybe don't try this in a crowded bar."