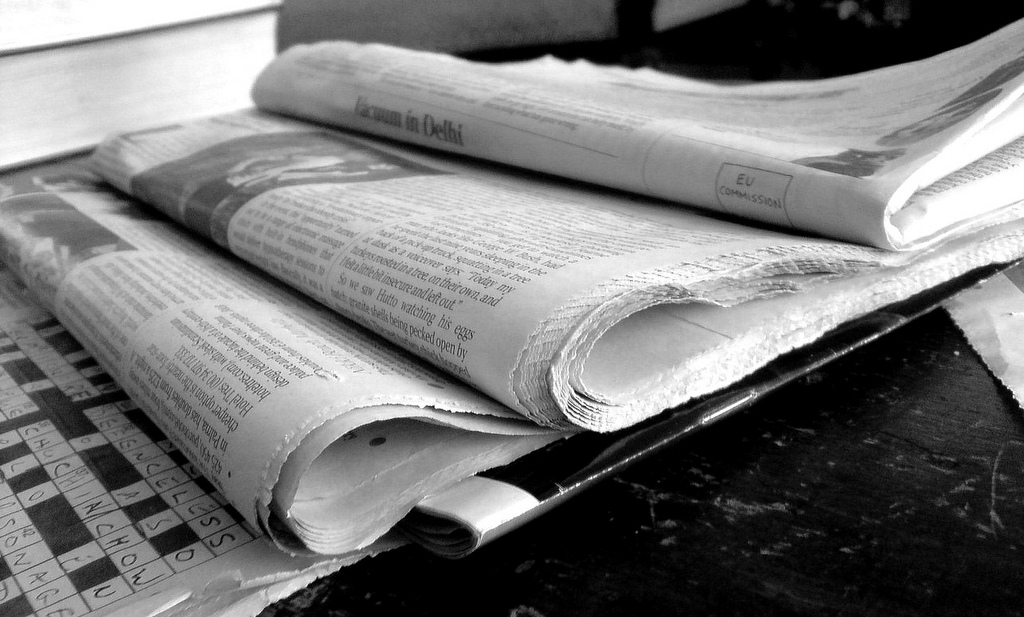 It hasn't been an easy couple of years for algorithms. Increasingly populated with content decried as 'fake news', 'clickbait', today's highly personalized social media feeds are coming under increasing fire for being filter bubbles, culminating in Mark Zuckerberg's highly public apology to Facebook's users at the start of this month. These shifts in media mirror concurrent developments in spheres as diverse as customer service and support, financial trading, healthcare, and more.

Today, though, tech is fighting back - thanks to AI. After partnering with Automated Insights in 2014 - a natural language generation start-up - the Associated Press became one of the earliest adopters of AI within the media space. Back in 2015, Associated Press made the headlines when they announced they would be applying AI to their quarterly earnings reports. For years, quarterly earnings reports have devoured business journalists' time; they are known as a "miserable" early-morning task that make "most reporters want to poke their eyes out with sharp objects" (at least according to TechCrunch's Alex Wilhelm).

By integrating Automated Insights' platform, AP were able to automate their quarterly earnings reports - with astronomically improved results: it increased output by tenfold, generating more than 3,000 stories per quarter compared to just 300 previously. What's more, the reports - which compile company descriptions, expert advice, and all the necessary facts and figures - saw a greatly reduced rate of error.

This opened the way for a sea change in the way AP conducts its journalism. Francesco Marconi is Strategy Manager and AI co-lead with Associated Press, and has overseen the introduction of AI technologies since the beginning. Marconi believes that, far from making journalists obsolete, the kinds of automation promised by AI could free them up to focus on the aspects of journalism which matter most. "Through automation, Associated Press is providing customers with 12 times the corporate earnings stories as before. We began using algorithms to produce automated earnings reports in 2014 and estimate that doing so has freed up 20% of journalists' time, allowing those reporters to engage in more complex and qualitative work," Marconi says. "Reporters may spend less time transcribing and manually poring over datasets, and instead, spend that time making calls and pursuing leads derived from an AI analysis."

This could be the beginning of what Marconi calls a 'new era' of augmented journalism, which he insists will make the work of journalists more accurate and effective than before. "AI might aid in the reporting process, but journalists will always need to put the pieces together and construct a digestible, creative narrative," he says. "This new era won't fulfil its apparent promise without the diligent management and care of the journalists learning how to put these new technologies into practice."

There's a clear challenges embedded within today's media landscape that traditional news methodology has yet been unable to resolve. The news market is what Marconi calls 'oversupplied', which demands that journalists do both more and better at the same time - for seemingly ever-diminishing returns. "News organizations need more volume to support the growing demand for information; but journalists also need to build differentiation into their content," he argues. "This is so they can distinguish their reporting from growing competition. AI enables us to accomplish both of these goals."

The Changing Face of The Associated Press Newsroom

Automated content generation is just the beginning. Marconi argues that implementing any new system will disrupt the existing workflow of the newsroom. However, AI could completely transform the newsroom and the work of journalists, creating a demand for new technical skills among journalists and the need for new, better workflows. "The changes aren't drastic, but they are important to keep in mind when implementing AI in a newsroom," he says. Newsroom roles like 'Automation Editor' and 'Computational Journalist' are emerging alongside an increased interest in digital and data journalism courses, meaning it could soon no longer be enough for journalists to simply conduct profile interviews and complete 750-word write-ups. 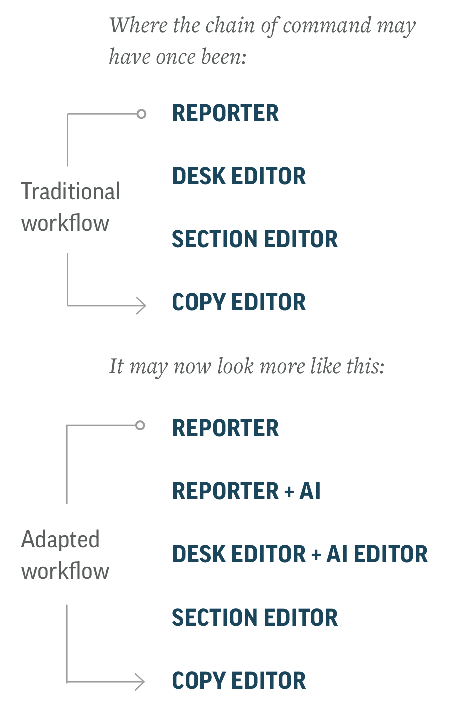 In a report entitled 'The Future of Augmented Journalism', Associated Press identify a number of technologies with clear applications within the newsroom. Unsupervised and supervised machine learning, natural language generation and processing, speech recognition, speech to text, and machine vision all have their uses to augment the work of journalists. For their part, AP are using AI to increase their data analysis; identify patterns, trends, and actionable insights from multiple sources; see things that the naked eye can't see; turn data and spoken words into text; text into audio and video; understand sentiment; analyze scenes for objects, faces, text or colours - and more.

"As a direct result of implementing smart machines in our operations, we are seeing greater speed, accuracy, scale, and diversity of coverage," Marconi explains. "AP is automating text stories, automatically tagging photos, transcribing videos in real-time, generating new versions of the same story, and more."

The News Gets Personal

Changes to the newsroom will not only have a big impact on the way journalists cover a story, but in the way the news is presented and delivered to readers. AI could mark a big shift away from the scattergun approach to readership, Marconi explains. "Content today is one size fits all - a journalist writes a story hoping to reach as many people as possible," he says. "The problem with that approach is that any given article is only going to drive interest from a very specific sub-set of readers; those who have affinity to the ideas and context presented by the reporter." Enter the filter bubbles.

However, Marconi maintains that this is rapidly changing, as media companies race to identify ways to leverage AI in order to generate many versions of the same story. Someday, he says, content will be tailored at scale and adapted to individual personality, tone, location, time of day, and more, ultimately solving the crisis in content engagement. Depending on the reader, he says, a story about the British Prime Minister could have different versions according to where in the world the reader is based: "In London today, the Prime Minister announced...", "In the UK's capital of London, the Prime Minister...", or even "In a briefing in front of Downing Street...".

As powerful as higher personalization can be, there remains a risk of increased information bubbles and media polarization - as we have already seen. We can only hope that AI and machine learning solutions, in improving the way data is collated and interpreted, is able to generate ever-higher standards of journalism. "In some cases the media places too much emphasis on the technical aspect of this emerging field, instead of what it enables," says Marconi. "The impact of this technology will ultimately be a story about how humans adapt - not how the machines work." 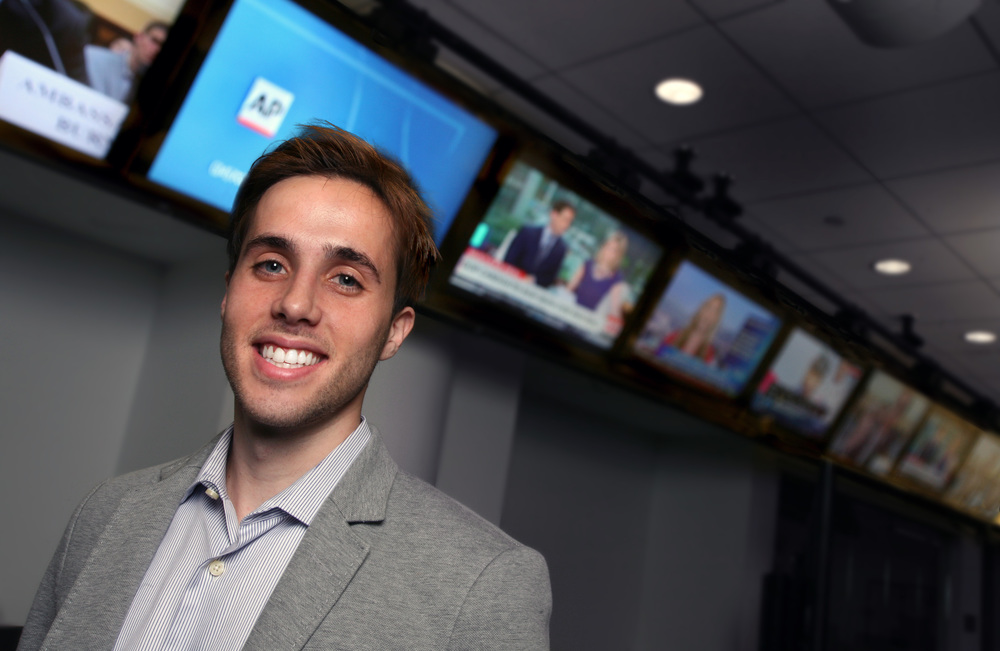 Francesco Marconi is Strategy Manager and AI Co-Head with the Associated Press. His keynote at the AI Summit NYC will aim to showcase how AI is driving innovation at AP by supporting the expansion in newsgathering, by enabling the extraction of more value from existing assets, and opening new opportunities to partner with technology companies, startups, and other innovators.