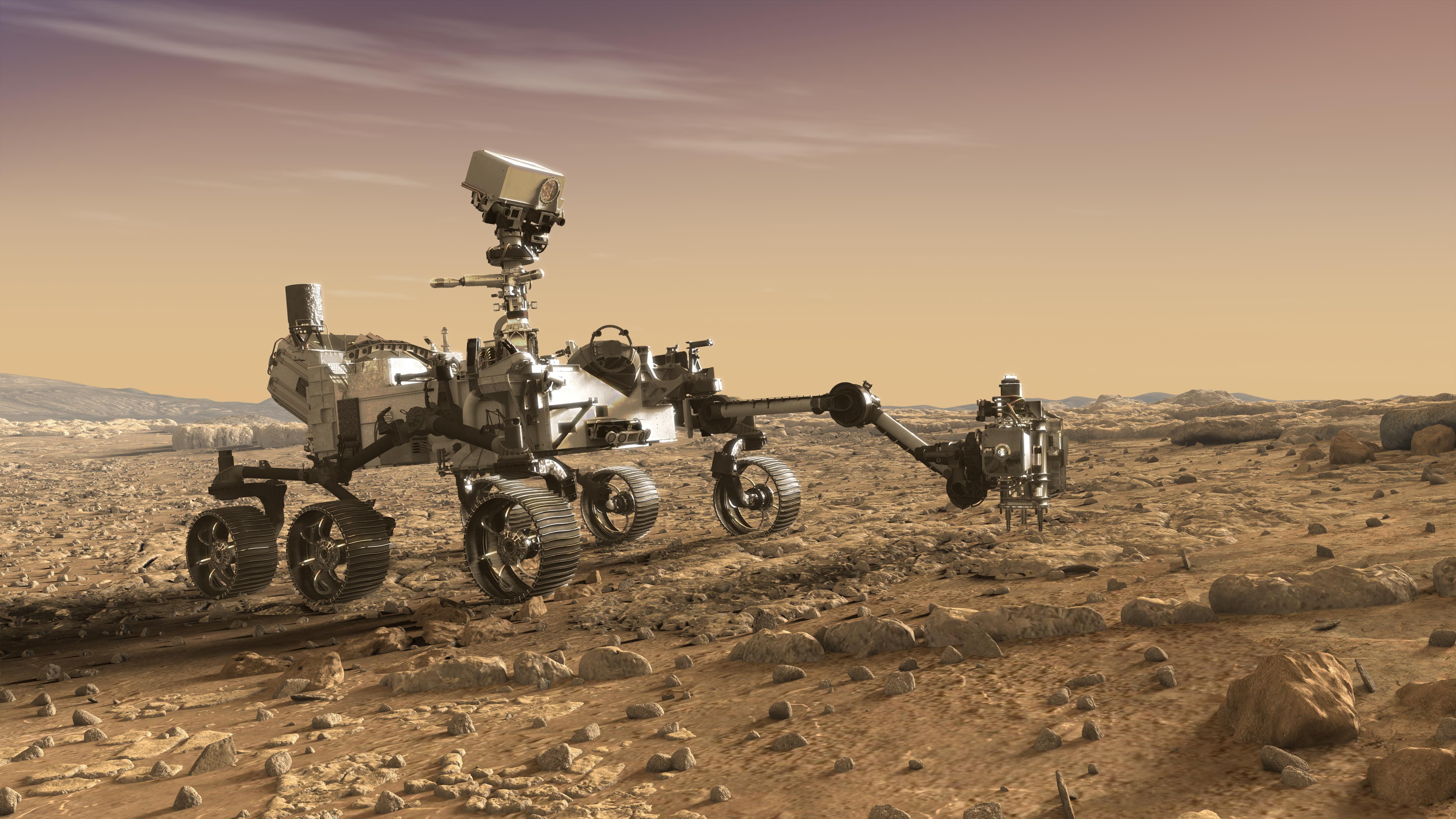 AI is nothing new at NASA. As early as 2001, the media was reporting the JPL's use of the technology. In an age before streaming videos or big data, Steve Chien, a lead project scientist for the Three Corner Sat mission, told CNN that his onboard software would "perform decision-making function for the spacecraft. Like a brain that uses inputs from the eyes and ears to make decisions, this software uses data from spacecraft sensors, such as cameras, to make decisions on how to carry out the mission." In many ways, Dr. Chien and the Jet Propulsion Lab have been working on AI for decades, well before the current excitement surrounding the technologies. 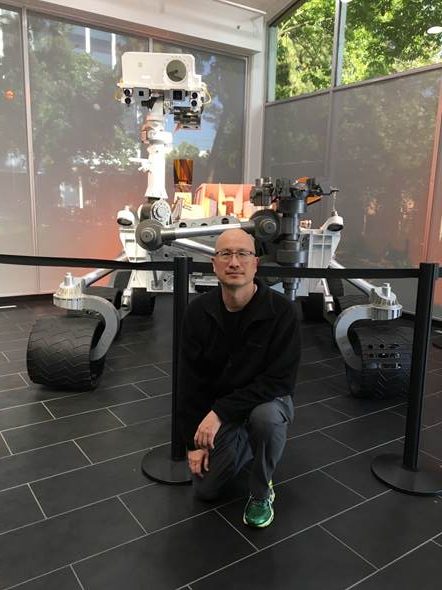 Fast forward nearly two decades, and Dr. Chien, now Head of AI for NASA's Jet Propulsion Lab at the California Institute of Technology, firmly believes AI to be an absolute game changer for space exploration. He should know - he's leading global efforts in autonomous systems for space exploration. He's received numerous awards for his research, and has led the deployment of ground and flight autonomy software on numerous space missions.

"AI is everywhere - even in space exploration," Dr. Chien says. "From dealing with enormous data streams to allocating resources in scheduling and network resources, it has such wide ranging applications. AI can be deployed in mission critical applications with very high reliability. Finally, AI technology infusion is in the end performed by people. Many of the obstacles, processes, and lessons learned relate to people, visionaries, and organizations, and span technologies. A community of practice exists and can be leveraged."

AI, he explains, enables a spacecraft to serve as a proxy for scientists. "It's sort of like a smart assistant, except it explores Mars, a comet, or Europa - the icy moon of Jupiter that could harbor life! It can look intelligently for key science signatures, such as dust devils on the surface of Mars, rocks that might indicate the prior presence of water on other planets, or plumes from hydrothermal vents in sub-ice Europan Ocean that could lead to the discovery of life beyond Earth."

In many ways, AI at NASA is a response to a data problem. Today, the space agency generates hundreds of terabytes of data every single hour of the day. Businesses often use visualization to enable departments to develop fresh new insights about products and customers without the need to sift through spreadsheets. In order to grapple with much, much larger datasets than the average business, the principles of accessibility and analytic speed are absolutely crucial for NASA.

One commentator argues that businesses would do well to learn from the space agency's approach: "As NASA has showed us, getting the most out of big data requires us to seek solutions through multiple technologies. With datasets so huge, taking days or weeks to process data would make it incredibly difficult to focus on answering questions and would often result in the data becoming obsolete before it could be used. Big data cloud computing, analytical tools, and other technologies all contribute to making big data more accessible and affordable." 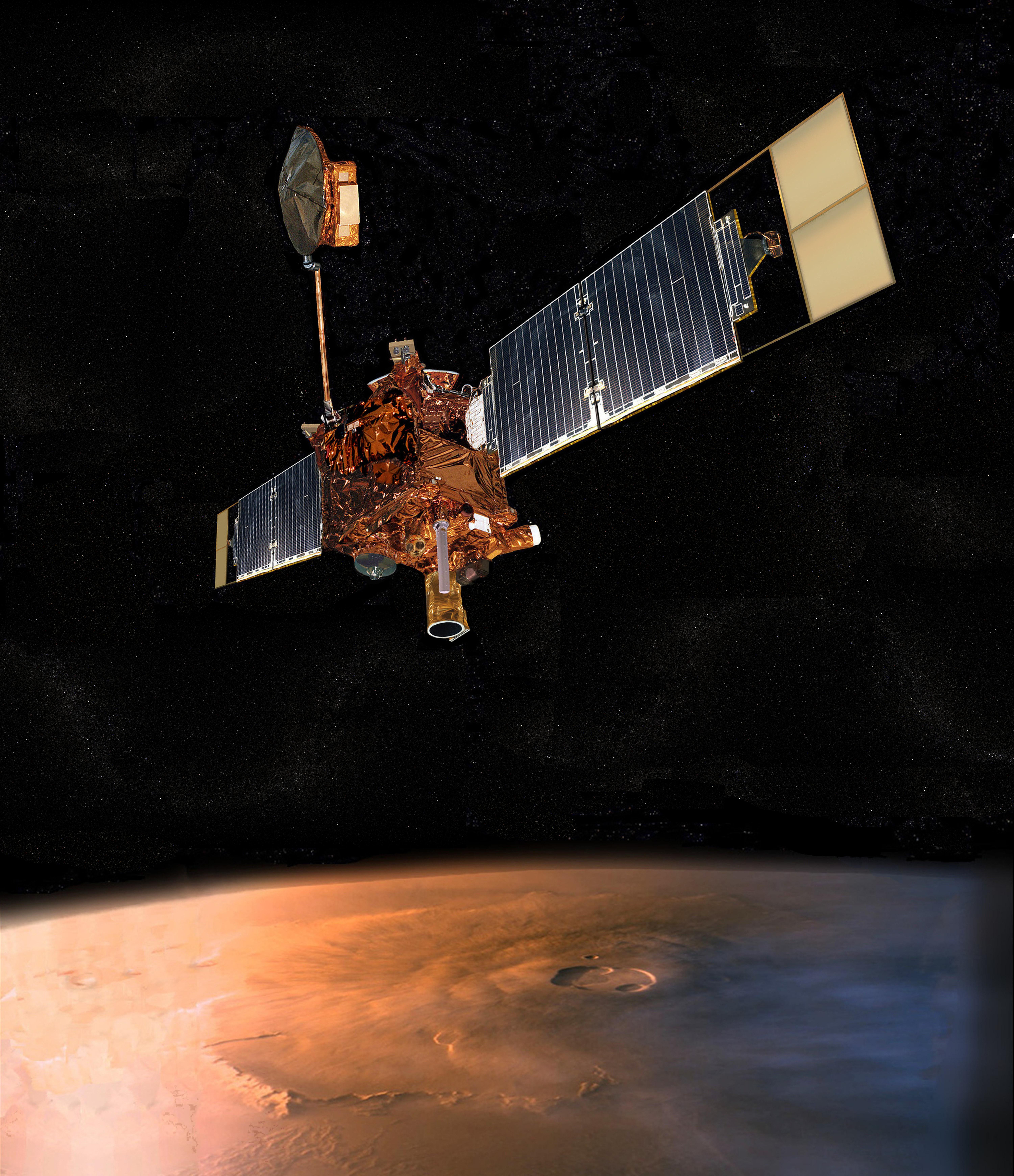 Visualisation of the Mars Global Surveyor, in orbit - NASA[/caption]

Data isn't just a challenge, however - it's also NASA's most invaluable resource. In the same way that commercial stakeholders must demonstrate 'beneficial' AI use cases, the Jet Propulsion Lab relies heavily upon careful data modelling in order to justify the application of AI. Unlike some commercial enterprises, NASA don't have the luxury of being able to closely refine their AI training data and use cases in a real-world test run. "The AI used in space missions to date has been heavily model-based, where we have taken extreme care to understand the AI system and its performance, to have the confidence that it will perform well, and ultimately that it will enhance the mission."

The challenge of developing a positive use case for AI at NASA is, Dr. Chien argues, "doubly hard" compared to Earth-bound applications. "We can't afford to drive the rovers around Mars for years to train the system in the way self-driving cars are trained. Space missions typically involve unknown situations, so we need to know how the AI will perform in an unknown, extremely wide range of circumstances," he says. "We don't have a lot of test data, and our systems won't last forever."

Two Decades of Martian Exploration by NASA AI: Applications in the Commercial World

Beginning with the Mars rover in the form of navigation and path planning, AI has been in widespread operation in outer space for much longer than it has on Earth. The complexities of road traffic that autonomous vehiclemakers are currently grappling with seem like a cakewalk compared to the challenges these small, lonely vehicles have spent over two decades facing in hostile extraterrestrial environments. Indeed, many of the teams currently working on autonomous vehicles have previously worked on planetary rover technology in both universities and at NASA.

"When the Mars rovers are directed to drive to a location, the rover drivers on the ground can micromanage the rover by giving a detailed path, or they can give the rover greater autonomy to find its own path," Dr. Chien says. The rovers, he explains, have quietly been learning and improving with each iteration. "With each successive rover - from Pathfinder / Sojourner, to MER / Sprit and Opportunity, to MSL / Curiosity - the rovers have been able to drive faster and further."

AI has also found its way into a number of direct scientific applications. The WATCH software, which enabled the MER rovers to automatically detect dust devils in image sequences, generated much more efficient image sequences for download and analysis. The AEGIS software, meanwhile, enables scientists to declare general target characteristics, such as size, shape, and texture, while the rover captures images and targets for follow-up imaging.

NASA's Lessons For Business From The Final Frontier

Announced in 2014, the Mars 2020 rover continues to grab the headlines for its record-breaking tech and research capabilities. Dr. Chien explains that when it launches in 3 years, it will possess even more powerful 'smart' targeting capabilities - along with onboard scheduling capabilities that will enable it to adjust if activities take longer or shorter than expected, and to optimize its selected activities in response.

At a time when machine vision is increasingly commonplace across retail, security, ecommerce, and much more, Dr. Chien is no doubt correct when he argues the kind of tech NASA are deploying in the next 3 years is ultimately relevant to the kinds of technologies that will be everywhere in a decade. "All of the AI technologies used by NASA have applications in the commercial world," he explains. "Machine learning reduces visual transients by orders of magnitude prior to human review. For example, NASA is using AI to deal with vast amounts of data produced by optical astronomy in the Intermediate Palomar Transient Factory. The same techniques are being used in radio astronomy to deal with data delivered nightly that is orders of magnitude greater than humans can handle. In both cases, machine learning leverages the human capability, enabling them to look at the constantly adjusted 'most likely' candidates of scientific interest." 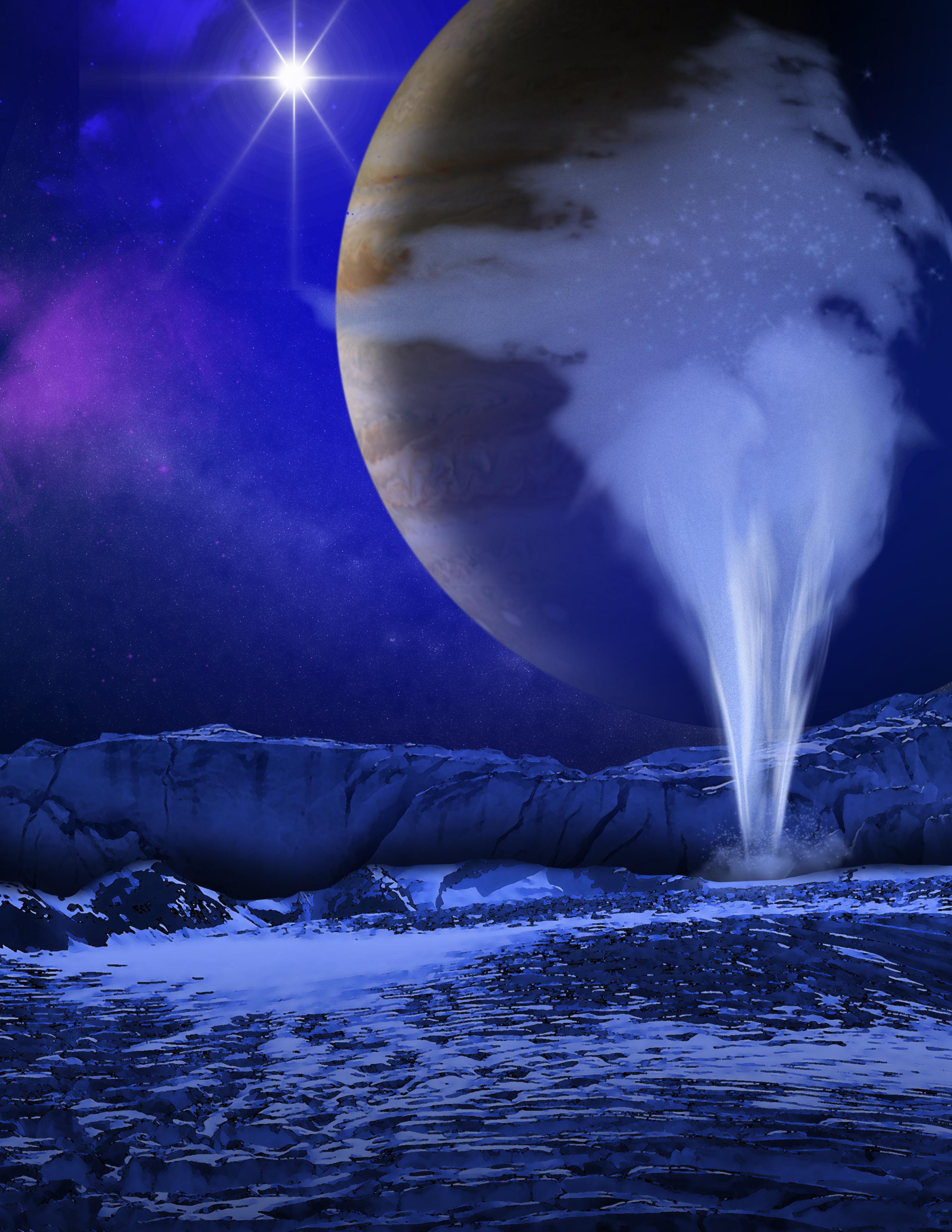 A hydrothermal plume on Europa, Jupiter's moon. Dr. Chien says AI will underpin the search for scientific discoveries and life on Europa - NASA[/caption]

"Of course, industry faces identical challenges of large datasets and data streams. The scheduling technologies used by NASA to schedule communications antennae, spacecraft science operations, spacecraft data management, and sensor networks, are very similar to ones used in industry for supply chain management, logistics, and resource allocation (e.g. aviation and transportation). NASA is a leader in applying technologies to the design phase of missions, constellations, and networks - in effect, using operations technologies to design future systems, projecting alternative designs and evaluating their operability to deliver optimized systems even before the first day of operations!"

Furthermore, many of the cultural lessons NASA have learned regarding technology infusion, working with customers, overcoming longstanding industry patterns, risk aversion, disruption technologies, and customer engagement are, Dr. Chien believes, equally pertinent in space exploration as in industry. "In this sense, both NASA and industry can learn from one another about how to better infuse and adapt these disruptive technologies into commonplace practices."

Ultimately, AI is going to fundamentally transform our relationships with the material world. Private space travel initiatives like SpaceX and Virgin Galactic will no doubt be supercharged by the integration of everyday AI use cases and the space sector. For NASA, though, AI holds the key to our quest to finding our place in the universe. "Distant environments are so hostile - and so far away - that robotic explorers will be first to explore the nooks and crannies of the solar system, and indeed, neighbouring stars. Due to the complexity of such an endeavour, AI will be critical to making this inevitable exploration possible."

Steve Chien is Head of AI at NASA's Jet Propulsion Lab. He will deliver his keynote speech, 'AI in Space and the Search for Life Beyond Earth', at next week's AI Summit NYC. Find out more.