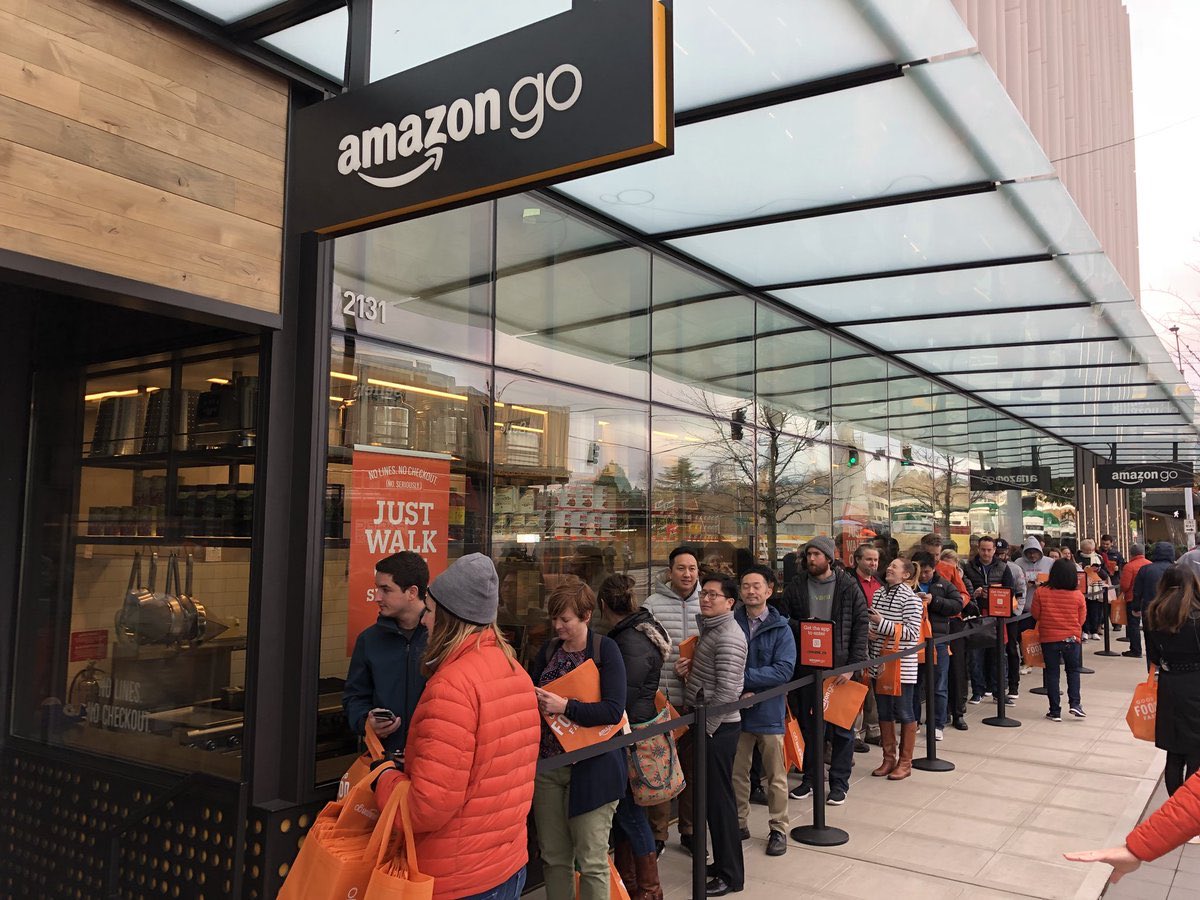 Judging by the lines out of the door, not yet.

By logging in using a dedicated phone app upon entry, shoppers are able to walk directly into the 7/11-style convenience store, take any item they want from the shelves, and walk out without having to pay a cashier. This is all thanks to sophisticated machine vision technology, along with a range of other AI applications, which is able to track every object in-store automatically and in real-time. (See video below for an example of what this looks like)

The store opening was covered by major media outlets the world over, although not all reception was positive. Many on social media were quick to point out the irony of lengthy queues forming outside a store designed specifically to enable people to 'just walk in'. Some customers also admitted they had not been charged for certain items, highlighting a few teething problems with the security of the system. Of course, as the store sees more use, the algorithms underlying it will only improve.

Elsewhere, Bloomberg columnist Leonid Bershidsky noted that the Amazon Go concept cuts out roughly 63 seconds of waiting and paying that usually takes place during an average 3 and a half minute visit to a convenience store - using this to argue that the concept doesn't offer huge cost savings or efficiencies, going so far as to say "All in all, the new format amounts to an ad for some spooky tech advances."

"What if we could weave the most advanced machine learning, computer vision, and AI into the very fabric of a store so that you never have to wait in line? No more lines, no checkouts, no registers."

However, pointing out the initial hiccups (and popularity) of the concept seems to overlook the much bigger implications that innovations like Amazon Go could have for business and the economy. With the concept promising savings of approximately 15% of running costs, the technology could prove attractive to retailers - and a threat to service workers.

Some commentators have been right to explore the implications of Amazon Go for jobs and the future of work, and it's in this area that fully automated stores will ultimately prove most disruptive. Job losses are one obvious concern, but Amazon maintain that the store requires more back-end and supply staff to make the concept work, therefore mitigating job losses. Much more profound are the changes this could unleash on the service economy as a whole. Tim Dunlop, writing in The Guardian, argues that the technology "[will] change the relationship between businesses and employees, governments and citizens":

"We are moving from a globalised world of manufacturing giants to a networked one of technology giants. In the former, the role of government was to coordinate and create markets, local and international, and to define the rules under which we all operated. [...] In the networked world of technology companies, firms are no longer stand-alone silos that do a single thing. They tend to be project-based, pulling together casual workforces to achieve particular outcomes. Their employees are almost by definition contingent."

"Left to itself, this sort of economy is also a recipe for massive inequality and insecurity. Platforms like Uber or Amazon Go, because they need so few workers, tend to funnel the wealth they generate to owners and investors rather than distribute it broadly via wages. The role of government therefore becomes one of equalisation, of finding ways to see that the wealth generated in the new economy doesn't simply flow to a tiny number of people at the top of the new corporations." Dunlop goes on to claim that the introduction of a universal basic income would allow everyone to benefit from the technology and to 'reinvent' the concept of work itself.

Perhaps Amazon Go isn't a perfect model of retail just yet, but this one-off store was never meant to be more than a proof of concept. In terms of demonstrating the real, practical potential of cutting-edge AI technologies to the public, it has been a huge success. A brick-and-mortar store, even as a prototype, is able to function as a living exhibit showcasing the potential of AI to really achieve something tangible for consumers and businesses alike.

As the technology underlying products such as Amazon Go becomes more affordable and other businesses begin to buy in, big questions will have to be asked about the future of the service sector, inequality, and even the nature of commerce in a world that might not need service staff anymore. The implications for service-reliant Western economies could be profound. For now, consumers and business leaders alike will be looking on in anticipation of what a more efficient service sector can accomplish thanks to AI technologies.

This article is part of our Future of Work series for January 2018. Contact [email protected] for more information about how you can contribute or get involved.