Urban IoT and AI: How Can Cities Successfully Leverage This Synergy? by Ciarán Daly 5/4/2018 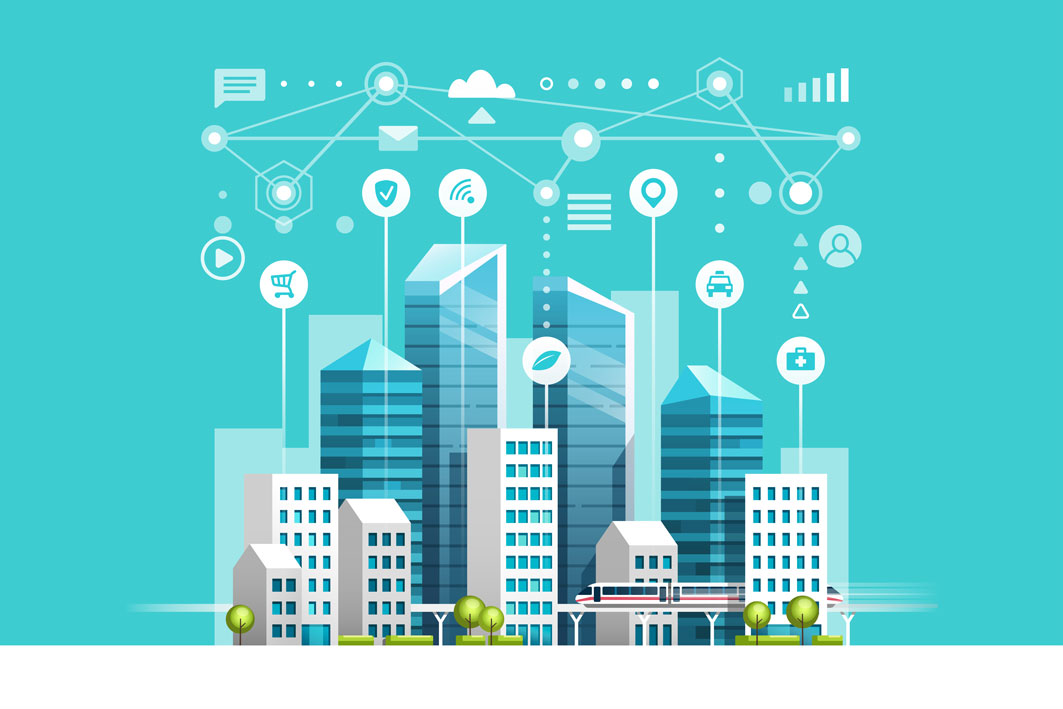 LONDON, UK - The AI-IoT nexus has so much to offer, but dont forget to sweat the small stuff.

Leveraging Artificial Intelligence (AI) through the Internet of Things (IoT) continues to unlock opportunities within cities including autonomous vehicles, adaptive energy systems and even smart healthcare. Excitingly, these examples are just the tip of the iceberg and the opportunities for applications of AI and IoT are growing rapidly in all verticals, both consumer and industrial.

Despite the efficiencies offered by the AI-IoT nexus and the ready availability of the hardware and software needed for deployment, successful IoT solutions are not ubiquitous in cities. Arriving at scalable, sustainable and impactful AI-IoT solutions requires significant planning and collaboration. This is particularly true when considering collaboration between multiple partners, under multiple ownership scenarios, which is often the case in IoT applications.

IoT solutions are often emergent rather than designed by city authorities to conform to any overarching digital masterplan. As a result, cities can very easily lose control of a solution, with multiple private companies, academic institutions and even citizens contributing to the mix.

As an example, sensors can be owned by citizens, businesses, cities, and academia, but do the same people that place the sensors in cities also have the computing power to collect the raw data, clean the data, apply the relevant algorithms to derive additional features, and then feed it into a machine learning process? And if they do - why would they do it?

Often, these entities may be installing sensors and collecting citizen and even infrastructural data, whether by explicit consent or not. Likewise, through AI these entities can perform profiling of citizens based on data that they provide (actively or passively) which can generate benefits for cities and citizens, or alternatively be used only for the benefit of corporates.

With all of these factors in mind it is important to consider who derives value in this process - are we dealing with diffuse or concentrated costs / benefits and how are they communicated? Who benefits from the development of AI from IoT data in a city context? Is all the power held in the hands of large business? What about citizens and local authorities, where do they stand and do they benefit, if so how? Being clear on the who derives value from an IoT solution can be challenging but should always be considered. 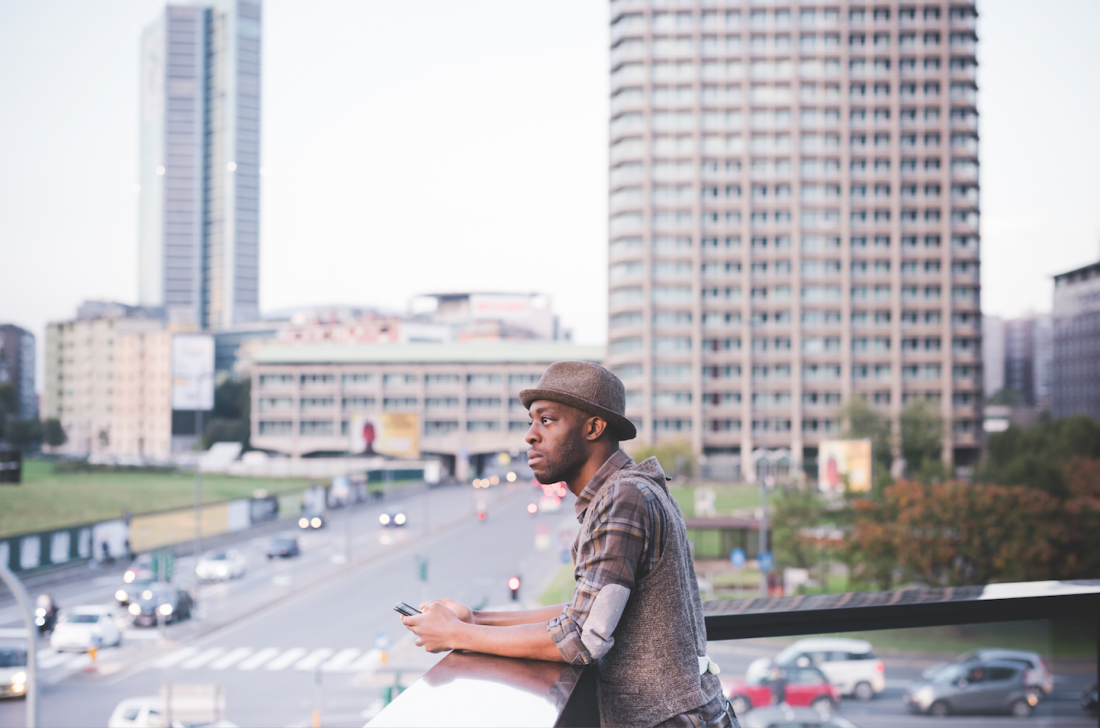 The complexities of city-based AI-IoT systems

To achieve successful deployments in cities, there are a number of barriers to overcome. Generally speaking, our goal is to get to the point where IoT data gathered in cities is used to inform AI in reality. There are many elements in this journey that need to be successful to enable the generation of useful information, that can in turn be employed in a strategic way. There are many verticals in the advanced urban services sector seeking to leverage artificial intelligence (such as healthcare, critical infrastructure, and transportation), that are all facing similar challenges.

As an example, consider the deployment of 10 traffic counting sensors on lampposts in City X. Under this scenario, the physical sensors are manufactured by Company A, the edge computing software is provided by Company B, the centralised data management and hosting is performed by Company C, the lampposts are owned by the infrastructure department in City X, planning permission is granted by Local Authority Y and Politician Z makes decisions based on the analytics.

Even with the deployment of say, 10 traffic counting sensors, things can get complicated quickly. Getting to a successful deployment is likely to require consideration of a number of different factors.  With these factors in mind, we would recommend considering the following principles when planning for an IoT enabled AI system.

Define a strategy and quantifying use-cases so that measurements can be planned, customised and considered in advance of deployment. Without this, the outputs are floods of raw data and making them useful in a business or other context can become challenging.

Consider ethics, privacy, security and legality. These areas should be at the core of the strategy, along with technical considerations. If you are collecting personal data in any way, do your activities comply with GDPR or similar global legislation? Likewise if youre installing physical assets, can you ensure that they are safe and protected from vandalism, interruption, or even adverse weather conditions? Have they been built with security from the beginning?

Ensure that in any collaboration, roles and responsibilities are defined before the initiation of the project. In IoT applications, unexpected tasks frequently emerge and considering edge cases before deployment can save time during implementation.

Develop a clear understanding between all parties of who owns the assets and where permission lies with respect to physically installing sensors on private or public property. This will also include the consideration of access to power and most likely a communication network.

Define who owns the data, and any IP or any derived information. Value is generated at every step in the data processing pipeline including raw data, analytics and metrics. Does Company A own the raw data? Does City X own the output from the edge computing? Having this clearly specified at the beginning will mitigate risk and delays. 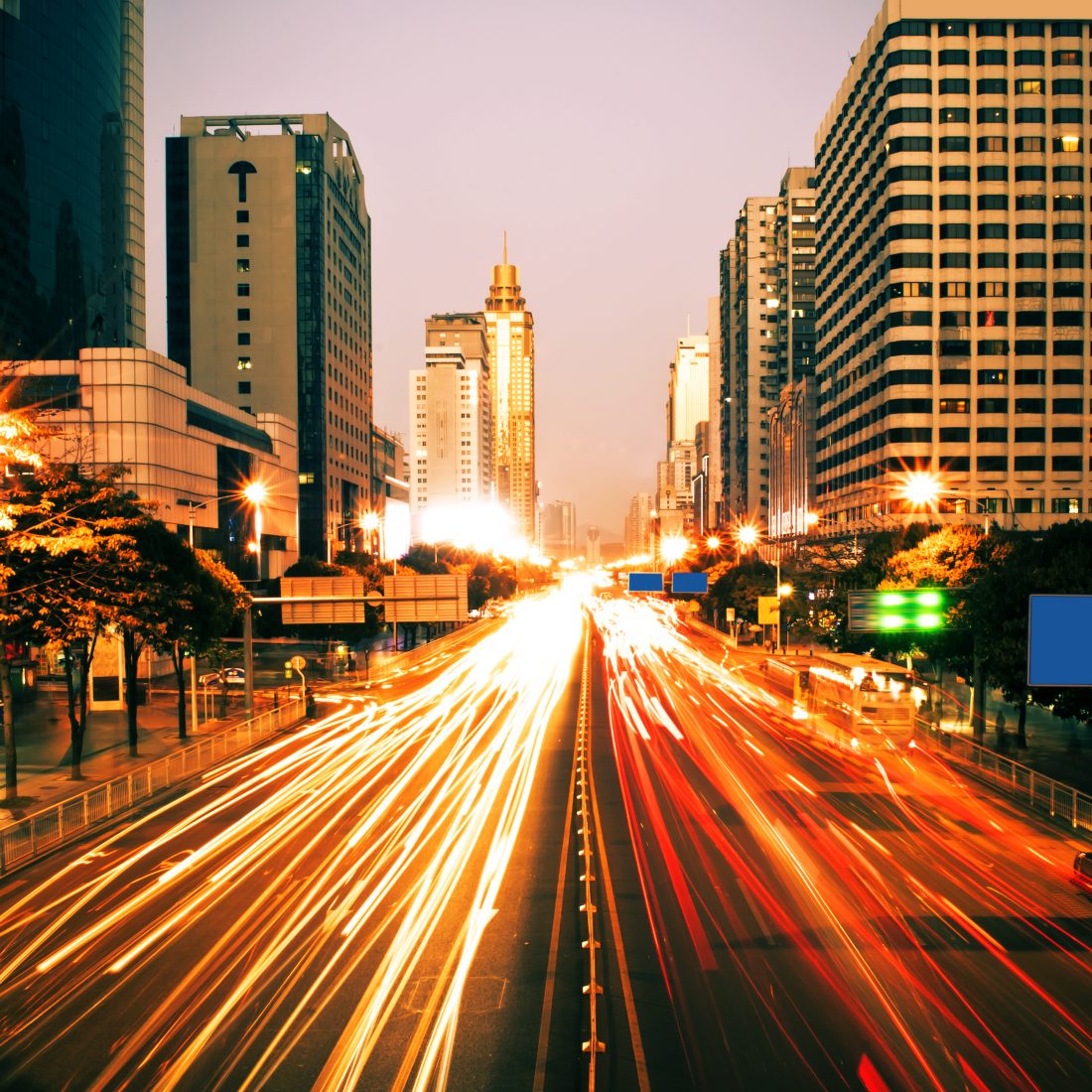 Planning for scalability and sustainability

Plan for both physical and digital scalability. If you want to upscale activities to other locations or cities by installing additional sensors or performing additional analytics - does the system allow for this?

Consider the longevity of the project and how the hardware may be used during and after it has completed. In some circumstances a Service Level Agreement (SLA) for maintenance or drift correction may be needed.

If you are building AI feedback into the system, it is good to make it as adaptive as possible. This allows systems to be able to take advantage of suggested optimisation by ensuring capacity to extend the functionality of the hardware and software, should it be identified as desirable by the AI.

Applying AI for the desired impact

AI and machine learning can have significant benefits for city authorities. As an example, reducing traffic accidents, improving transportation options and air quality are high on the agenda. Intelligence gathered from sensors can significantly inform those challenges if the right information gets to the hands of city officials, and they are empowered to act on it. IoT is one of the few cases where cities likely generate data of sufficient volume and quality for use with AI algorithms. Generally speaking ML and AI algorithms are only as useful as the data they're populated with, and so IoT presents cities with the potential to leverage AI to its fullest extent.

As such, a very important aspect for proper impact to be recognised is that in order for people in authority to act on information yielded by AI/IOT nexus, power needs to be in the correct hands. In a cities context, value is often derived from a change of policy or potentially a decision made by an individual decision maker. Without access to such individuals, projects may provide useful learnings but will they provide tangible impact?

Start small and experiment with AI / IoT in cities

When developing IoT and AI enabled solutions for the public realm, we should always bear in mind who the beneficiaries are. Developing services in an agile way that start with a minimal viable product and then test with early adopters to refine and build upon is a technique rooted in experimentation and incremental development. Citizen-focused and test driven approaches ensure that the end scenario is one that has been tested with the public along the way, and not just imposed upon them.

Experimentation is very useful in a city context, and allows all stakeholders to test out theories and implementations at a small scale, without massive upfront investment. This has huge value for all concerned as it allows for changing of techniques and technologies along the way, and also the consultation of citizens.

Avoid 'build it and they will come' mentality

We need to recognise the value of user centric design, instead of just releasing whatever technology is currently available. Performing user insights before designing and implementing technology really facilitates the generation of value. Furthermore, this approach helps to demonstrate how impact is closely linked to user buy-in or mindset change within businesses and cities.

There should always be an end user - someone who needs the solution to a particular challenge. Without this specific question the possibilities are endless and generating impactful insight and change is very challenging. 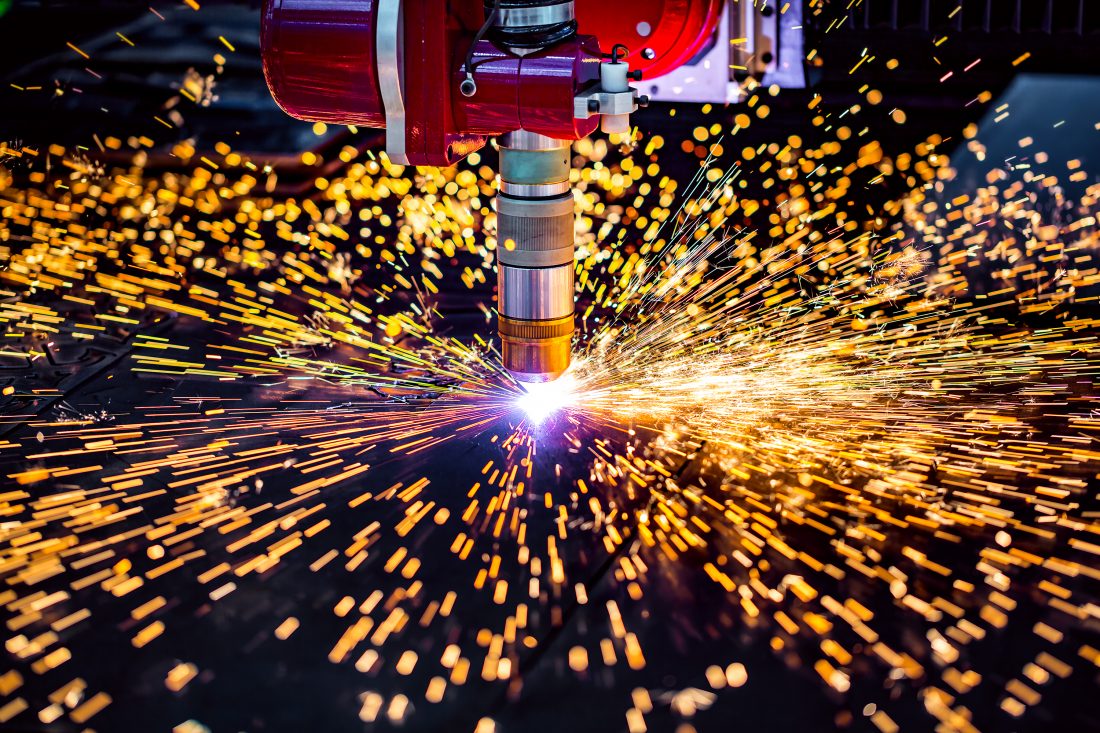 Looking to the future

Despite scope for well constrained and successfully executed systems, the domain of AI and IoT is still finding its feet. Because of this, policies and regulatory frameworks are generally not up to date with the speed of industry and technological change.

This disconnect has meant that the discussion around what should happen in this domain is less mature than the discussion around what could happen. If done right, AI based on IoT data could form a continual feedback loop for iterative learning. The AI algorithms can feed intelligence back into the IoT systems for better and more effective operation. If set up ideally, it could become a self-managing improving ecosystem.

We believe that there are many questions to be answered around the implications of the AI - IoT nexus, and its relationship with citizens, academia, businesses and governments. At Future Cities Catapult we're actively working on these questions and welcome continuing the dialogue with interested readers. 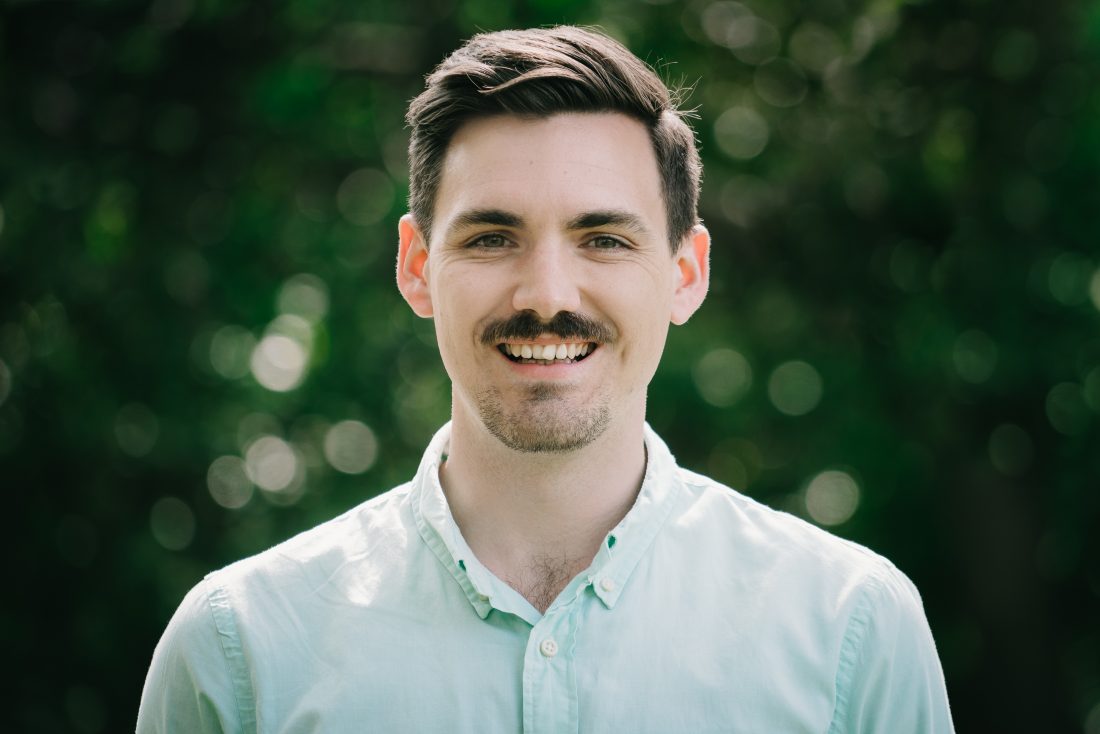 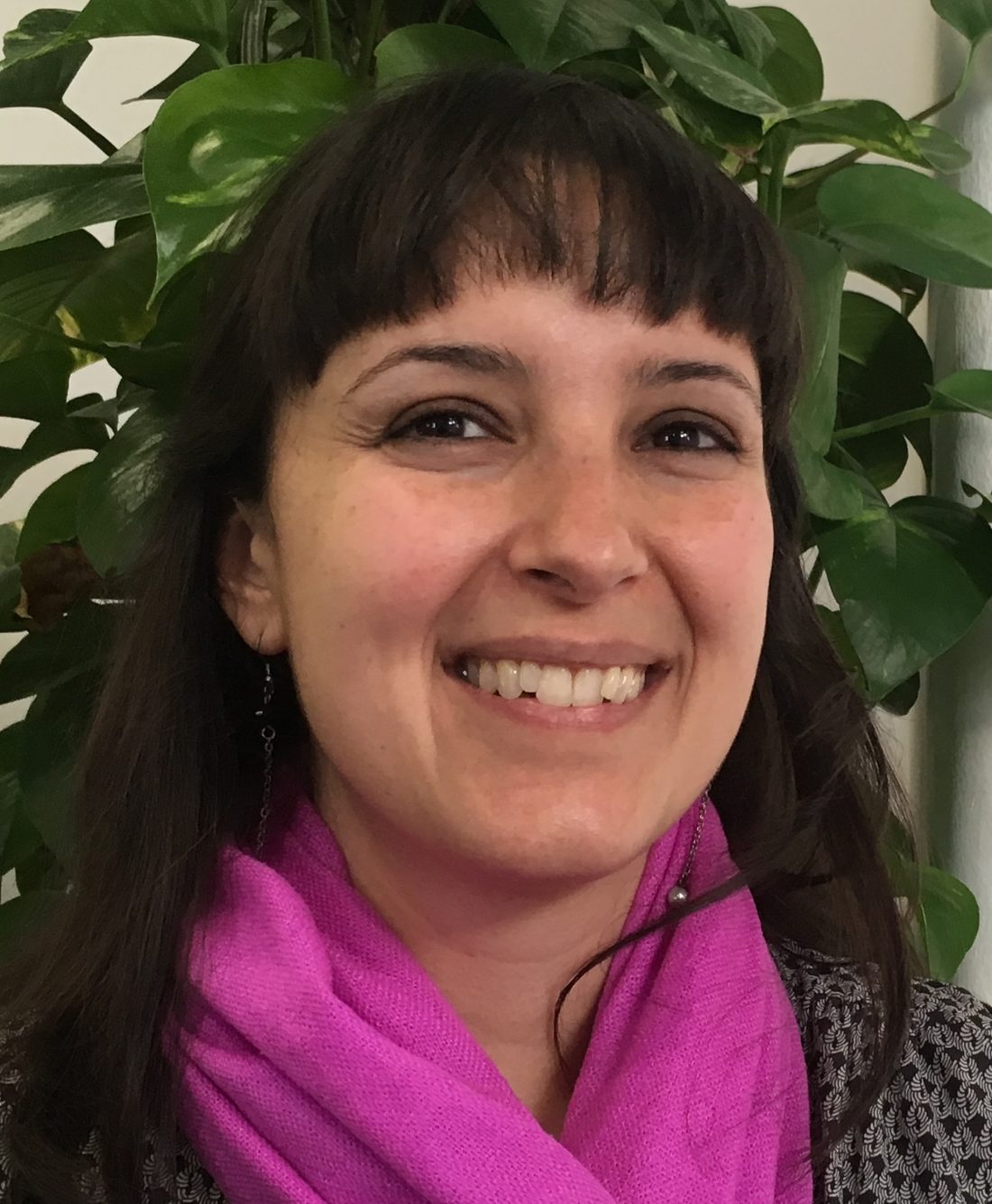 Yalena leads the Urban Technology Team, at Future Cities Catapult, which builds innovative concepts and ideas into different types of working prototypes to be deployed across cities. These pilots are in response to real urban challenges that need to be addressed, and gather data which can then be analysed and once scaled, used to improve life in cities.