AI In The Workplace: What Jobs Will Exist In The Future? by Ciarán Daly 4/8/2019 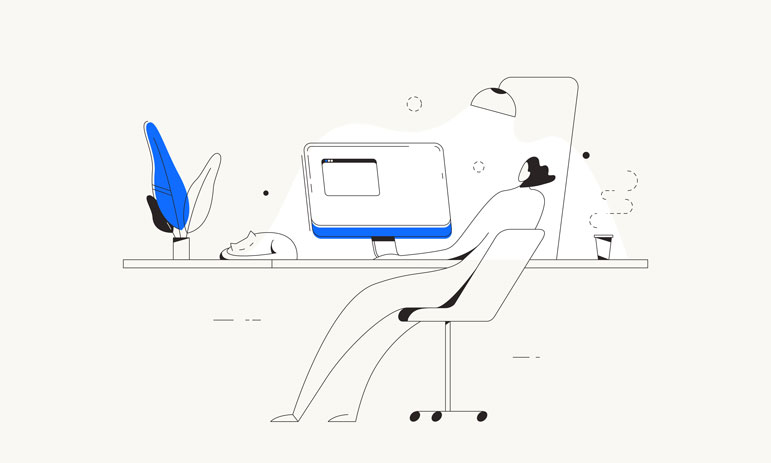 LONDON - Whether your vision of artificial intelligence leans towards the utopian or the dystopian, two things seem certain: AI is here to stay and its use across many industries is going to grow in the foreseeable future.

Its an evolution set to transform every workplace, every job, and even the employment market as a whole.

However, much of the debate thus far surrounding AI and work has swung between fears of cataclysmic job impacts and expectations that little will change. Yet, the whole picture is, as ever, much more subtle. Thats why we couldnt resist taking a closer look. If government, businesses, and other organisations take the right actions now, neither of these extremes is likely  and we might even learn to live side-by-side with our new machines.

Who'll be hit hardest by the AI shockwaves?

Working on behalf of the Royal Society and the British Academy, we reviewed a batch of evidence weighing up the likely impact of AI on the future jobs market.

Our review, based on 160 different studies, saw us combining historic trends with the best current research to gain a clearer insight into how the rise of the robots in the workplace might unfold.

First, the headline news. Its been estimated that between 10 percent and 40 percent of jobs could potentially be automated, fully or partly, in the coming decades.

Sounds like a wide margin of error, right? Thats because its a notoriously difficult figure to gauge, and most studies rely on the opinions of the same small pool of experts. Clouding the waters further, few studies take into account AI investments already being made by businesses. So, we dont really know whether the impact of AI will be as large as some studies have suggested.

Even if AI affects some 15-20 per cent of jobs over the next two decades, its not necessarily panic stations. Technology has changed jobs at that rate before and weve come out the other side.

That said, as AI expands, there is a significant risk that people who are already in low-income jobs may face declining employment and progression opportunities. Many (though not all) of the studies we reviewed agreed that repetitive tasks, most common in low-income jobs, are most likely to be automated. Even sales and customer services jobs, perceived to require the human touch, risk artificial encroachment.

While AI may not lead to large job losses, it could increase inequality. Indeed, over the last 20 to 30 years, technology has already forced many middle income earners into lower paying jobs, as jobs like secretaries, typists, and skilled manufacturing jobs now require smaller headcounts.

Forewarned is forearmed, so its good to know. But before you start pouring a pre-emptive coffee into your hard drive, remember that nothing is as simple as it looks.

Related: The future of AI - a Google perspective

The end of life as we know it, obviously

Our research suggests that, as businesses adapt to emerging technologies, the overall impact of AI on work could be far less destructive than feared (or even, whisper it, positive). So, if jobs arent going to vanish, whatll be happening to them? Theyll be changing.

Demand for the kind of high quality (to say nothing of cheap) goods and services allowed by AI could prove to be economic rocket fuel. If AI can really be so pervasive, we should see many new, better, and cheaper goods and services produced through AI adoption. This will boost consumer demand, creating new jobs in the process.

Even when AI is used in the workplace, dispensing with flesh and blood staff wont be so straightforward. Why? Some jobs will only ever be performed partly by AI.

Consider the role of delivery drivers. Superficially, you might think they drive large vehicles (and you wouldnt be too wide of the mark in thinking that!) But what else do they do? They load and unload goods, they fill in paperwork, they interact with customers. So, they might well still be there if driving is increasingly automated  though the content of their role might change.

The key question is: will these effects, that create demand for new jobs, be enough to offset job losses due to automation? And even if they are, will there be a disorderly transition period?

What we do now really matters

These are fair questions, but its equally fair to say  the jurys still out. No one can predict with total clarity how many jobs will be lost (and which new ones will be created) as AI continues to evolve.

What we can do is to move from broad concerns (Will AI lead to the end of work?) to more specific questions and actions (What can we do to benefit from AI?).

Spreading the benefits of AI

Second, there are many areas where action could be taken to try and make the benefits of AI widespread:

Education is clearly important, but do we know enough about what skills will be needed in the future and how they are best taught? Can we avoid the risk that investment in education disproportionately benefits the already well-off? These are hard questions. Investing in skills is clearly important, but investing in education is not the only (or even the best) way to help people benefit from AI.

Decisions taken today will dictate how many jobs are lost and made, how rewarding and fair the labour of tomorrow will be, and how we can avoid the pitfalls of widening inequality.

Can we afford to ignore the evidence? Only at great cost.

For more comprehensive data and analysis, read our full report