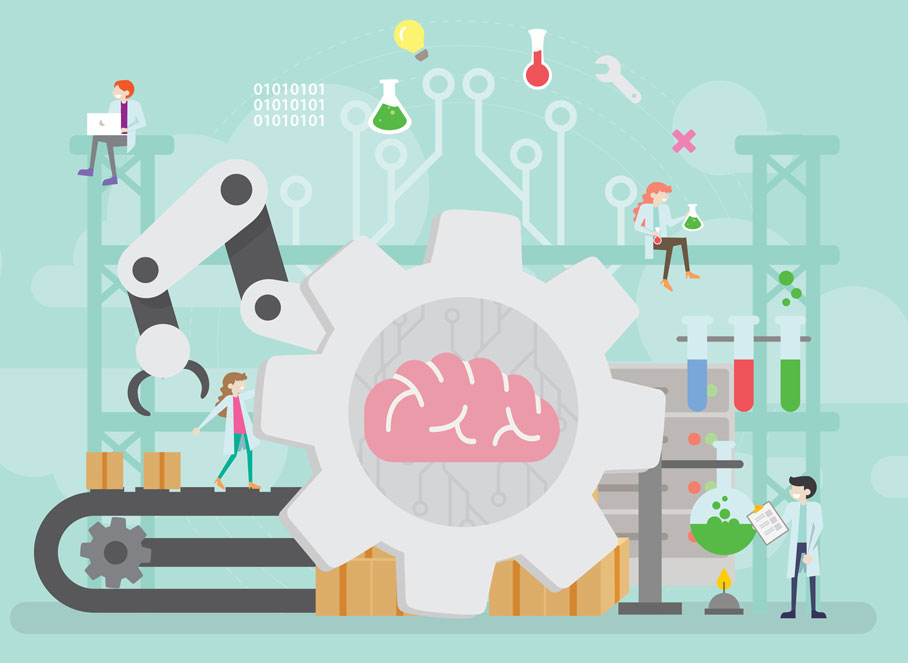 In reality, however, machine learning is a statistical methodology for determining patterns based on previous and current data, which it learns from to provide future results in the form of predictions. Its a single branch of AI and, as useful as this technology is, it has its share of flaws. Machine learning models show an undue propensity towards bias. Complicated models struggle with issues of explainability, and in several instances these issues are exacerbated by deep learning applications.

According to Franz CEO Jans Aasman, many of these shortcomings are aggravated by people being quick to accept machine learnings results without necessarily understanding why they were given. The why part is the thing with explainability, says Aasman. Explainability is about why [models produce their particular results].

Judea Pearls The Book of Why: The New Science of Cause and Effect emphasizes the value of causation for machine learning results, as opposed to correlation. Everyone in statistics learns that term correlation, Aasman acknowledges. But they kind of got stuck in that. The massive pattern identification capabilities of machine learning can discern correlations between any number of events. However, its much more important to determine causation because oftentimes, mere correlation between factors and model outputs is not necessarily enough to explain them.

Aasman referenced a use case in which we found that theres a very high correlation between bipolar and HIV. But thats correlation; that doesnt mean anything. Although one could infer any number of conclusions from this correlation, the search for causality revealed that if you have HIV then they instantly unleash a whole battery of tests on you, so they also find out that youre bi-polar, Aasman said.

This analogy illustrates a critical aspect of machine learning: machine learning and statistics will give you interesting numbers, but it doesnt mean [a thing] if you dont know the context, Aasman warned.

Theres almost an intrinsic hardship in building machine learning models that yield unbiased, fair results. Moreover, even when attempting to remove bias, doing so is not always easy. Aasman details a criminal justice use case in which a deep learning model analyzed the length of sentences judges disseminated so they could replace the judge and make a more objective punishment for a crime.

After building a complicated model analyzing a host of judges, crimes, length of prison stays, and factors such as the crimes nature or the perpetrators age, it revealed the top factor for determining how long one was sentenced was whether the accused was black or not, Aasman says. That was a completely racist model.

The modelers then removed race from the model, ran the model again, and found that race was still the top factor for jail sentences because of the racial distributions in zip codesattesting to the complexities of creating unbiased machine learning models.

The notion of explainability is almost indispensable to creating unbiased models because it pinpoints exactly what weights and measures produced what effects on models scores. According to Aasman, a large medical center used a random forest model and a deep learning model to predict whether patients will require intubation. Although the latter may be more accurate, its not promoted because they cant explain it, Aasman explains. They prefer the random forest model because then you can say okay, the first factor is age, the second factor is weight, and you can kind of go down the decision tree. At least now a human being can look at it.

The tradeoff, however, is that deep learning models with complicated neural networkscommonly referred to as deep neural netsare more accurate than traditional machine learning is. However, the intricacy of the inner layers of these networks makes explainability much more difficult than it is with so-called white box techniques like decisions trees.