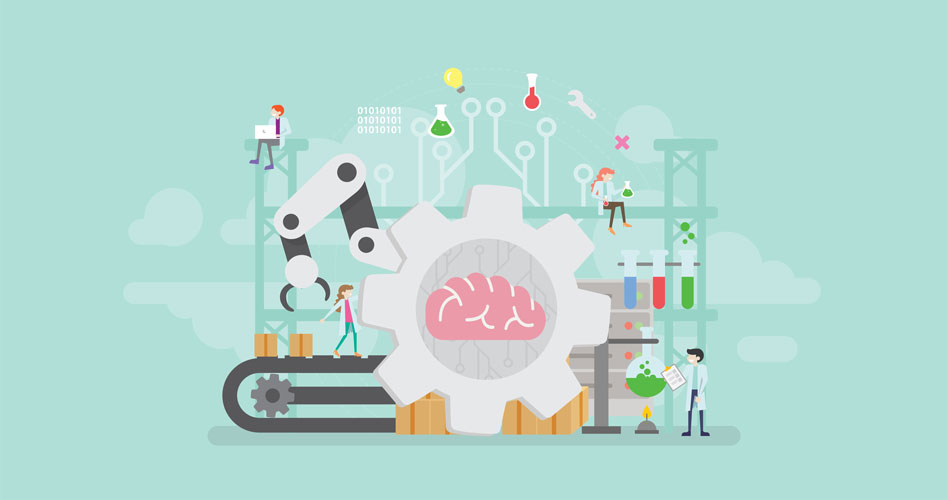 At the heart of a world where responsible tech is the norm are the tech leaders of today  those with the power, motivation and influence to make a positive difference.

The
impact of tech on our lives

Much
of this data is generated to satisfy our increasingly mobile and connected
lives. The Internet of Things (IoT) is hurtling at such a pace that forecasts
of the total number of connected devices in the immediate future are seemingly
out of date as soon as they are published.

And theres more. Look around you; AI is changing the world  fast. The creation of intelligent machines that allow facial recognition, speech recognition, problem-solving, machine learning, robotics and much more is rapidly expanding what we can accomplish with technology.

The impact of technology is also being felt in finance  where the emerging FinTech sector includes an array of tech-led developments covering everything from the use of blockchain technologies to crowdfunding and mobile banking. In healthcare, technology is behind blockchain-enabled hospitals, bioprinting and intelligent drug design, while gene-editing technology is being employed in the global fight against malaria.

Indeed,
such is the potential from technology that, for many, it serves as a universal
panacea, commanding near blind faith in its ability to solve all the worlds
problems. Yet, as John Powell, Director of the Haas Institute for a Fair and
Inclusive Society at the University of California, Berkeley, succinctly puts
it, technology will not save us.

The
same technologies that offer such promise also present great risks, and the
world we live in is becoming more dangerous, and our systems more precarious,
as a result. Indeed, the rapid and largely unchecked development of technology,
and its wholesale adoption by users, has in many cases, given rise to
unforeseen, unintended and highly dangerous consequences.

Until
very recently, for example, the stance of large social media sites has been to
claim they are not responsible for the content on their platforms. In doing so,
they have leaned on a central tenant of internet platform regulation in US
legislation, namely section 230 of the Communications Decency Act of 1996. Yet
this same law, which absolves social media firms of any responsibility for the
content they host, has allowed fake news and misinformation to emerge and then
spread across their platforms. The freedom that was perhaps naively enshrined
in legislation has encouraged a free-for-all fight on social media.

In
some cases, consequences have malicious behaviour at their root, as technology
has been developed without sufficient attention being paid to how it might be
abused. It only takes a few bad actors to manipulate technology and put it to
destructive purposes never imagined at the point of its creation.

Who could have foreseen that personal data from millions of social media users could be harvested illegally and put to dubious ends for political advantage? This is the type of behaviour that Shoshana Zuboff, in her recent book 'Surveillance Capitalism', might describe as presenting startling challenges to market democracy. Such acts might represent an expropriation of critical human rights, according to Zuboff, and be best understood as an overthrow of peoples sovereignty.

Putting
the human being at the centre

Looking
ahead, to build a company for the long-term optimising for profit alone is not
enough. Tech leaders must seek a balance between three bottom lines, so their
organisations are sustainable, trustworthy and, yes, profitable. While the
function or direction of one organisation will of course differ to another, all
those that embrace tech for life would share a common purpose in being sustainable,
trustworthy and profitable.

Crucially, a renewed focus on purpose need not come at the expense of profit. Developing technology requires investment and skills, and those that create technology need to be profitable to attract both. Yet the pursuit of purpose and profit are not mutually exclusive ambitions. "Profits are in no way inconsistent with purpose  in fact, profits and purpose are inextricably linked, notes Larry Fink, chairman and chief executive officer at Blackrock.

To
remain an engine of growth, development and positive change, technology
development must place the human being at its centre. So, instead of replacing
people with technology, we need to find ways to increase the opportunities for humankind
through technology.

For
example, there is a growing realisation that it is better to view AI as a
collaborative technology rather than one which is liable to put you and your
colleagues out of a job. This would see AI and machines, and the data insights
and processing power they make possible, augmenting human experience and
expertise. Robots or cobots, would support people performing repetitive and labour-intensive
routines, rather than replacing them entirely on the factory floor.

Principles
that help put the trust back into tech

To
remain an engine of growth, development and positive change, the development of
technology must place human beings at its center. Instead of replacing people
with technology, we need to find ways for it to augment and support human
activity, creating opportunities for humankind. If this is to happen, then some
ground rules need to be agreed.

Firstly,
technology must exist to support and develop the rights, knowledge and
potential of every individual. Every human has the right to privacy,
protection, and freedom from coercion. Technology must be developed with the
intention to further these fundamental human rights. Those that develop
technology should ensure they are not complicit in human rights abuses no
matter where they are geographically or where they sit in the technology supply
chain.

Secondly,
those who develop technology need to focus on the issues that are critical to
our future and demand our urgent attention. Is the direction of large investment
and precious resources into connecting household appliances to the internet, for
example, as important as issues that more immediately address the climate, our
health, energy and water usage?

Thirdly,
we must set a framework that guides how we use digital technology. IT systems
must be sufficiently open to allow everyone to access and create innovation and
value. And as AI becomes more prevalent, it must be used in such a way that we
dont lose control of autonomous systems.

Finally,
the development of technology should be undertaken iteratively. We are used to
planning everything. Yet in the high-tech and the exponential world, it is
increasingly difficult to plan. That's why we need to change notions of how
best to lead and move from a 'command and conquer' approach to one that favours
agility and cooperation.

Crucially,
as technology finds itself under increasing scrutiny, it is up to us, the
people that create and use it, to fight for it. It may seem that the task is
simply too large, so starting small but starting right now is important.
Because its only through our combined efforts that we can put trust back into
technology.

Mark S. Wilson will present his keynote speech, Putting the Trust Back into Technology at 10.20am on Wednesday 12th June at the AI Summit, London Tech Week.