Can artificial intelligence keep counterfeit goods off the web?
by Max Smolaks
9/24/2019 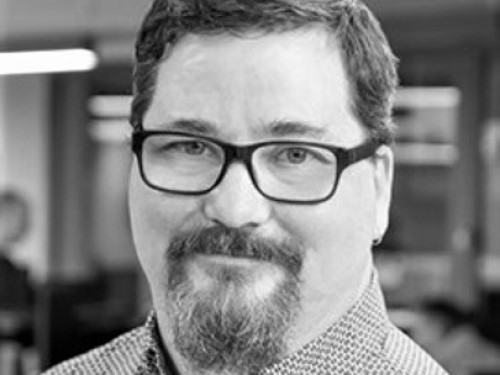 Artificial Intelligence (AI) has been a source of wild speculation, sometimes verging on panic. If you dont believe me, try typing Will AI into Google and see the list of recommended search results littered with negative connotations.

Will AI replace programmers? Will AI take my job? Will
AI destroy humanity?

While the answer to all of these questions is hopefully
not, a lot of the criticism and focus on AI has so far revolved around if it
will one day replace humans rather than how it is taking away a lot of the
mundane and soul-crushing tasks that slow us down and make us grumpy.

One area where a bit of AI goes a long way is counterfeits
 more specifically, to help keep them off the Internet, thus preventing
innocent buyers from getting ripped off.

Ecommerce
a breeding ground for counterfeits

The supply and demand ecommerce model combined with the
global availability of the Internet has made the sale of counterfeits easier and
more profitable than ever.

Legitimate webpages, items and product details are
easily replicable, and the sheer scale of the ecommerce market on the Internet along
with endless domain names being set up every day makes it almost impossible for
a person to manually check every single product and website.

As a result, the number of counterfeits appearing
online has grown to an amount where manual searches have become increasingly futile.

And, as manufacturing methods improve and fakes become
more convincing, theyll eventually reach a stage where experts and the brands
that made the original product will struggle to tell the difference between
whats real and whats not.

Does Amazon have a counterfeit problem?

For the first time in its annual report, Amazon
warned investors this year about the risk of counterfeits on its online platform.

Under the risk factors section of the report, Amazon
said: We also may be unable to prevent sellers in our stores or through other
stores from selling unlawful, counterfeit, pirated, or stolen goods, selling
goods in an unlawful or unethical manner, violating the proprietary rights of
others, or otherwise violating our policies.

However, Amazons recent work against counterfeits,
including its Brand Registry programme, has proven to
be highly ineffective, and the majority of what theyre claiming seems to be
purely lip service.

Many brands are also still hesitant to let the
marketplaces police themselves, and many smaller manufacturers cant provide
the staffing required to monitor the site for fakes on Amazons behalf 
highlighting another possible use case for AI.

This should be a wake-up call to everyone. If one of
the most powerful companies in the world has admitted that they have a problem,
and are pessimistic about their current approach, perhaps its time to re-think
the problem. Is this a place where AI can be used?

On the face of it, AI certainly looks promising.

Chinese e-commerce giant Alibaba, along with 20 other international
brands, created the Big
Data Anti-Counterfeiting Alliance in 2017  an initiative which
uses AI to detect tell-tale flaws in product listings and customer reviews.

According to The Drum, early results using the technology showed a 25 percent decline in take-down requests and has closed down 230,000 IP-infringing stores on its sister website, Taobao.

And, despite admitting to a counterfeit problem,
Amazon this year announced
its Project Zero initiative to help combat the issue. The programme will use a
combination of machine learning, a self-service tool and product serialisation
codes to help brand owners fight back.

While the war over counterfeits may never be over,
its possible for enterprises and brands to gain the upper hand. By utilising
intelligent anti-counterfeit systems, it is possible to thwart fakes at scale.

But it wont work without the co-operation and
participation of brand owners as well as the marketplaces that host them.

Thats why its vital for any company with products,
content, brands or other assets that can be counterfeited to explore the
options for how to best use AI to counter the counterfeiters.

AI technology can be specifically tailored to autonomously detect masses of low-cost, high-volume counterfeit goods. By analysing materials, colours, packaging and other key attributes to spot fakes, AI helps keep fakes off the web, thus protecting consumers and businesses from the scammers that want to rip them off.

Jay McCarthy is VP of Products at Incopro, which develops technology to protect brands and intellectual property online.

Incopro's Talisman protects over 600 brands and over $200bn worth of client revenue, for some of the largest global enterprises.