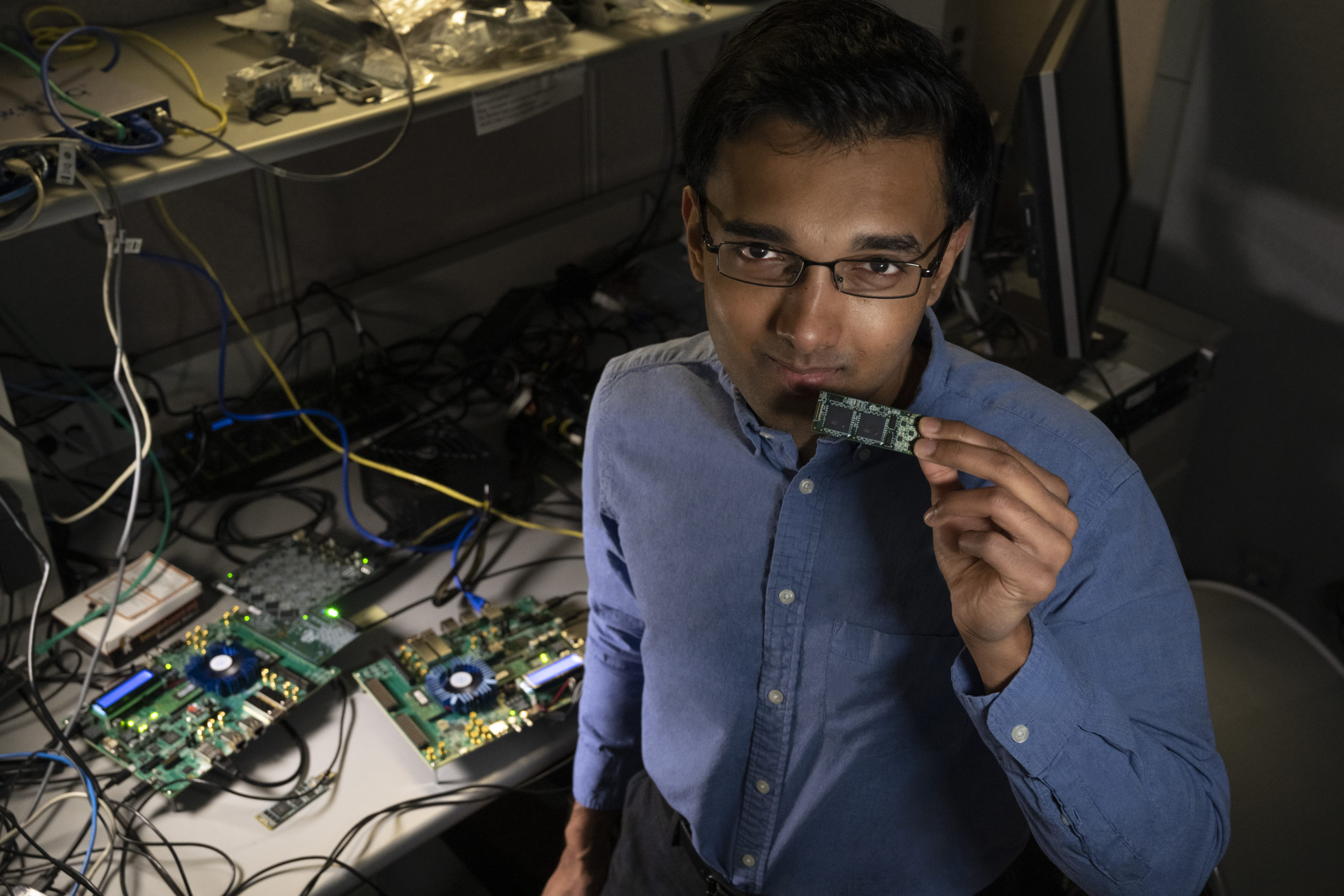 A neuromorphic chip developed at Intel has been taught to recognize the smell of 10 hazardous chemicals simultaneously, even in the presence of "significant noise."

The company published a joint research paper with a team of olfactory neurophysiologists from Cornell University, describing an experiment in which a test chip codenamed Loihi was made to learn each new odor from a single example; they say it recognized dangerous smells with superior accuracy and required up to 3000x fewer training samples per class when compared to a deep learning solution.

Neuromorphic computing deals with systems that emulate the internal structures of the brain in hardware. It has been around for three decades, but the development of neuromorphic silicon is a relatively recent endeavor, and commercial applications might be years, if not decades away.

Intel has been talking up Loihi since the end of 2018. This neuromorphic research test chip features 128 purpose-built cores used to run an asynchronous spiking neural network (SNN) consisting of 130,000 artificial neurons, interconnected by 130 million synapses.

In the future, thousands of such chips could be interlinked to create a new class of more intelligent computer systems. For now, neuromorphic research resembles a hammer in search of a nail.

The experiment at Cornell trained a neuromorphic system to recognize scents, using a dataset consisting of the activity of 72 chemical sensors in response to ten gaseous substances.

The sensors responses to the individual scents were transmitted to Loihi, where silicon circuits mimicked the circuitry of the brain underlying the sense of smell. Researchers say the chip quickly learned neural representations of each smell, including levels of acetone, ammonia and methane, and could identify them even in the presence of strong background interferents.

We are developing neural algorithms on Loihi that mimic what happens in your brain when you smell something," explained Nabil Imam, senior research scientist at Intels Neuromorphic Computing Lab.

"This work is a prime example of contemporary research at the crossroads of neuroscience and artificial intelligence and demonstrates Loihis potential to provide important sensing capabilities that could benefit various industries."

The approach presents considerable advantages over current smoke and carbon monoxide detectors, that can only reliably identify a single odor. In the future, this technology could be used to detect smells that are precursors to explosives and narcotics. It could also be used in medical diagnosis, since certain diseases emit specific odors from the patient.

And finally, neuromorphic chips could equip robots with a superhuman sense of smell - which would be especially useful in industrial environments that deal with hazardous materials.