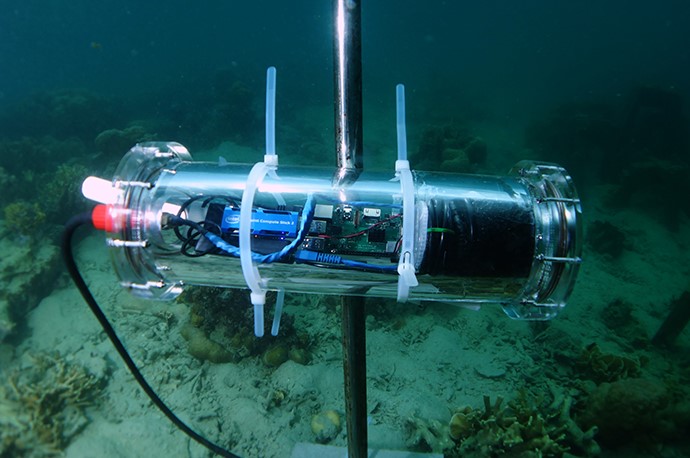 Project Co:Rail is using artificial intelligence to monitor a reef restoration project in the Philippines

Intel and Accenture have been applying their AI tech in a project that hopes to restore coral reefs in a section of the coral triangle the Philippines.

Project CORaiL involves automated, underwater hardware systems that analyze images of the surrounding marine life in real-time as an indicator of reef health.

It builds on the work of the Sulubaaï Enviromental Foundation (SEF) which began as one mans dream to establish a marine sanctuary on a tiny island of Pangatalan.

The chairman of the SEF Frédéric Tardieu, a retired property developer, arrived on the island in 2011 with an idea to transform four hectares of wasteland  ruined by years of deforestation and cyanide fishing  into a sustainable conservation park.

Over the past nine years he and his team have worked with the local villages to plant tens of thousands of plants, clean the sea, establish marine protected areas, and finally, to install Sulu-Reef Prosthesis  artificial concrete reefs implanted with fragments of living coral that grow and expand over time, providing a home for marine life.

The initiative has been described by UNESCO as an effective living laboratory for conservation and sustainable development.

As noted in this 2019 documentary, one of the main challenges facing the project was monitoring the results of the restoration efforts. The SEF had already mapped the ocean floor around the island, and now it is able to watch the reef changing in real-time.

Besides a high-resolution camera, each of the unusual capsules used to track fish and other inhabitants of the sea is equipped with a server-grade Xeon chip, one of Intels field-programmable gate arrays (FPGAs) and its Movidius vision processing unit (VPU)  designed specifically to accelerate computer vision.

The software used in the project - which Accenture says can classify fish - was designed by Applied Intelligence  a relatively new group within the company, employing thousands of data scientists, data engineers and AI professionals. The software is based on the same Video Analytics Services Platform (VASP) that is used for conventional CCTV image monitoring and analysis.

The main benefit of Project CORaiL is it replaces human divers  who can inadvertently disturb the very ecosystems they hope to protect.

With the ability to do real-time analysis on streaming video, VASP enables us to tap into a rich data source  in effect doing hands on monitoring without disrupting the underwater environment, said Athina Kanioura, Accentures chief analytics officer and Accenture Applied Intelligence lead.

The project has been live since May 2019, and there's already an updated capsule in the works, with infrared cameras, a back-up power supply and software based on convolutional neural networks.