Research: More than half of large businesses are increasing investments in AI, big data by Chuck Martin 6/22/2020 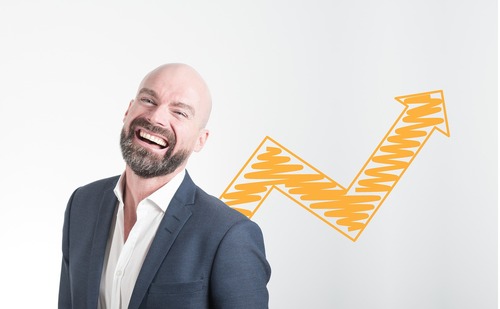 Sixty-five percent of large companies are investing $50 million or more in AI and big data technologies, although business adoption remains a challenge, according to the eighth annual survey of senior executives by New Vantage Partners (NVP).

Nearly all (99%) market leaders have active investments in AI and big data, with 70% reporting they are achieving measurable results.

In 2018, just 40% percent of companies said they were spending $50m or more on big data and AI initiatives.

More than 70 of the Fortune 1,000 or industry-leading firms, mostly in financial services, participated in the study, with all being C-level executives or the equivalent, according to NVP.

The majority of respondents (52%) reported their organizations were accelerating the rate of investment in AI and analytics. This was down considerably from 92% recorded in 2019, with 47% saying investments are now being undertaken at a steadier pace.

While firms actively embrace AI and big data technologies, just 15% said they deployed AI capabilities into widespread production; 51% were in limited production, and 27% in a pilot program.

An earlier study by International Data Corporation estimated that more than a quarter of AI initiatives had moved into production.

Most (91%) firms cited people and process challenges as the biggest barriers to transforming into data-driven organizations, with nearly half (45%) struggling to compete on analytics.

Drivers of AI and big data investments were more offensive (89%) than defensive (11%), according to the survey.

“One clear finding from respondents over the past two years is that big data and AI investments are being driven by ‘offensive’ factors – transformation, innovation, and competitive advantage – that are intended to drive revenue growth and business advantage,” stated the report.

In previous years, cost savings were identified as one of the primary drivers of AI and data investments.

The main drivers of investment today, according to the survey, are transformation (54%), innovation (27%), competition (9%) and cost savings (6%).

The most disruptive technology is perceived to be AI and machine learning, with 92% of the vote, followed by digital transformation (89%) and cloud computing (84%).

AI and machine learning were viewed by 70% of businesses as the highest impact disruptive technologies.

With AI in production in most firms to some degree, the majority (93%) said data and analytics were either improving (85%) or in excellent shape (7%).