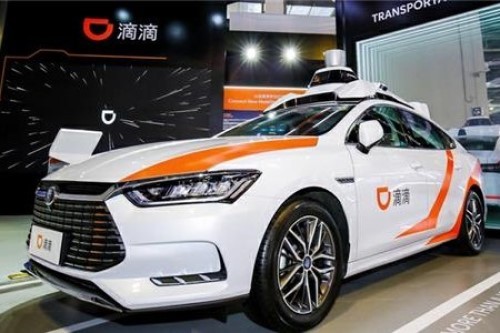 The promise comes a month after the company raised $500m from SoftBank for its autonomous vehicles division.

A lot can happen in a decade

Initially, Didi plans to deploy self-driving robotaxis in areas with a shortage of ride-hailing cars, Meng Xing, COO of Didi Autonomous, said during an online conference hosted by the South China Morning Post.

Earlier this week, Didi entered into a strategic partnership with local carmaker BAIC Group, which has manufacturing joint ventures with Mercedes-Benz and Hyundai.

The agreement will focus on the development of "autonomous driving with Level 4 features or above, and smart mobility service," and on “jointly fostering the practical usage of innovative technologies in relevant local industries.”

Level 4 autonomous vehicles can operate independently, but only in limited areas and at reduced speeds – Level 5 marks the ultimate aim, where the system can go anywhere without human interaction.

Didi’s autonomous vehicles are still in development, but prototypes are being tested in Beijing, Shanghai, and Suzhou, along with California.

Since 2019, Didi has been operating a pilot robotaxi service in Shanghai with 30 vehicles, and plans to expand to Beijing and Shenzhen later this year – COVID-19 permitting.

The ride-hailing company, often compared to Uber, spun off its autonomous division last year so that it is technically independent, but shares much of the same staff and ownership structure.

In May, Didi's largest shareholder SoftBank doubled down with a $500m investment in the autonomous venture. The investment came from the Vision Fund II, bankrolled exclusively by SoftBank after the mixed performance of the first VisionFund.

Didi, which is yet to turn a profit, had to shift its focus to passenger safety after two women using the company’s hitchhiking app were murdered by drivers in separate incidents in 2018.

At the time, president Liu Qing and CEO Cheng Wei said that a fixation on growth had caused irreversible harm, and promised to “stop using scale and growth as a measurement.” The company later purged 300,000 drivers it said didn’t meet its new safety standards.