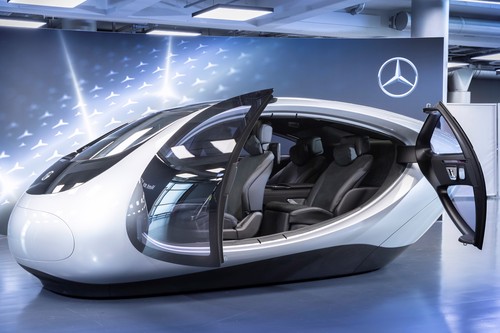 Sensors, analytics, and AI to improve safety and comfort

German carmaker Mercedes has shown the public what to expect from the cabin of its new S-Class.

An early preview of the ‘learn capable’ second-generation MBUX (Mercedes-Benz User Experience) system, which will feature in the S-Class, showcases a hi-tech setup with unprecedented levels of intelligence.

The arrival of a new S-Class is always eagerly anticipated; the Mercedes flagship is generally considered a technological trailblazer. It has a tradition of introducing tech that filters down to other Mercs and the wider market over months and years.

And it’s clear the new model, due to be unveiled later this year, will not disappoint.

Among a host of technological features are sensors to track driver and passenger movements, an upgraded voice recognition system, and enhanced security.

Of particular interest is MBUX’s ability to combine a wide range of vehicle systems with sensor data.

One example is the system Mercedes calls MBUX Interior Assist; by using cameras in the overhead control panel and learning algorithms, it is able to identify and ultimately anticipate occupants’ intentions. It does this by interpreting head direction, hand movements and body language, and responding with relevant vehicle functions.

For example, the system can recognize when an occupant wants to leave the vehicle. At the same time, the road outside is being monitored by sensors; if they detect another road user in the S-Class’s blind spot, the active ambient lighting becomes part of the exit warning system and flashes red to alert those in the car of the potential danger.

Interior Assist has the ability to detect if a child seat is correctly attached to the front passenger seat, and assess the driver’s attention level. If there is any evidence of extreme tiredness or microsleep, there is an immediate alert.

The ability to learn also extends to the Hey Mercedes voice recognition system. It can now converse in 27 different languages, and is claimed to understand practically any command relating to the control of the vehicle or the infotainment package. But more impressively, it is also able to tune into the user’s voice over time and understand non-native speakers, or difficult accents, better.

The software is constantly learning new buzzwords, too, which means its vocabulary is evolving, allowing more informal conversations.

Combine all this with fingerprint and voice recognition for the ‘Mercedes me’ personalization program and it’s clear that the new model will be the most intelligent S-Class yet.

More details – including the S-Class’s self-driving capabilities – are expected to be revealed before its September launch.