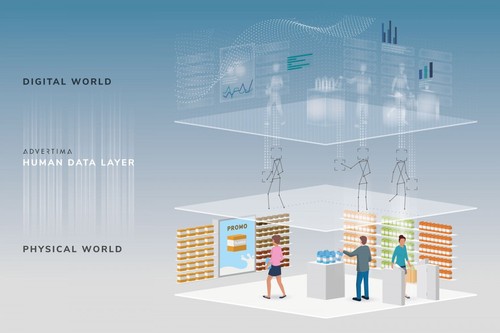 But it only works if people keep going to stores

The company uses cameras and machine learning to help retailers understand and dynamically respond to customers as they move around the shop floor.

This could include product offers targeted at a particular gender or age bracket, or discounts for families.

An example of the profiling system on the company's website stated "Hello young woman. All alone?" The video was removed after being highlighted by Techcrunch.

Advertima says its products are currently being used by 14 customers, including Switzerland’s largest retailer, Migros, and international grocer SPAR. In a case study, SPAR claimed that Advertima's Smart Signage increased sales by 10.5 percent, when compared with traditional digital signage.

In an effusive blog post announcing the funding, CEO Iman Nahvi said that "the Human Data Layer has a vast array of applications that is not limited only to profitable means, but improving quality of life."

Primarily, though, the company's products aim to help grocers and other retailers to “maximize the efficiency of their stores, increase their revenues, and generate greater returns per square meter."

Advertima faces stiff competition from Amazon’s Go stores. The retail giant earlier this year announced that it would license its ‘Just Walk Out’ tech to third parties, and has reportedly signed up several customers.

Other startups fighting for the share of the cashier-less retail space include AiFi, AWM Smart Shelf, Grabango, Standard Cognition, and Zippin.

Advertima said that it plans to use the additional funds to scale its business so that it can address the global market for smart retail solutions.