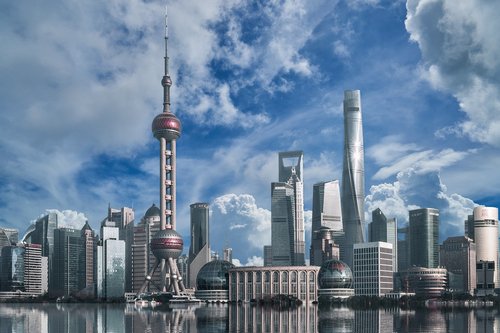 Chinese semiconductor manufacturers face an uphill struggle in printing conventional server silicon – but they could make great strides with AI chips, suggests an extensive study of the market by the South China Morning Post.

The country is aiming to increase its reliance on domestic production for semiconductors to 70% by 2025.

And yet, according to SCMP Reporting & Analysis, most industry experts believe China is five to ten years behind leading semiconductor manufacturers like Intel and AMD.

The poublication reports that China lacks 80 kinds of core parts and components, 20 key technical materials, and 30 advanced technology processes, which it must currently source from other countries.

Some see a chance to close the gap with AI chips, which can offer superior performance over conventional ICs even when manufactured using older (and cheaper) technological processes, and equipment that is widely available in China.

The report suggests that by some measurements, China may have pulled ahead of the US in tech R&D spending this year, having outspent EU since around the middle of 2014.

SCMP reports that China has s 26 entities focused on AI chip design and development, second only to the US with 55.

Some of the notable players in this space include Alibaba Cloud – the world’s third largest cloud vendor by market share – as well as Huawei, Horizon Robotics, Cambricon, which recently had a $369m IPO, and the Tsinghua University, which created a hybrid chip that combines neuromorphic computing and deep learning.

SCMP estimtes that by the end of 2020, China’s artificial intelligence (AI) market will be worth around $14 billion, or nearly 15 percent of the global total. By 2030, this number is expected to grow tenfold, to around $140bn. At this point China plans to cement its position as the world leader in AI.

The publication reports that the security vertical currently dominates China’s AI market, contributing to 54% of the total, with financial services in a distant second (16%).

Analysts also found that average daily time spent on the Internet by Chinese users has risen dramatically from 5 hours in March 2018 to 7.2 hours in March 2020, undoubtedly affected by the pandemic.

You can find more about the state of the Chinese technology market by downloading the full SCMP report.