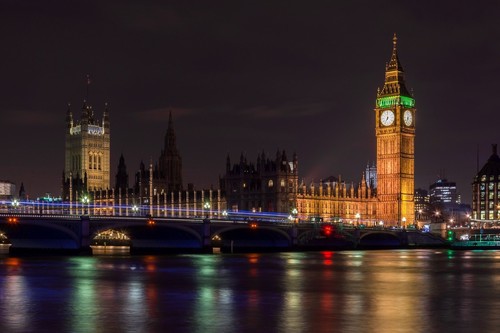 A new bill is designed to protect ‘sensitive sectors’

Under the bill, investors and businesses will have to notify a dedicated government unit about certain types of transactions in designated sensitive sectors. The bill also extends government screening powers, enabling agencies to examine potential acquisitions within 30 days – much faster than the current regime.

According to a statement from the Department for Business, Energy and Industrial Strategy, the government’s current powers in this area “do not reflect the threats we face today,” and the new bill aims to bring them in line with “those of our closest allies without hindering the UK’s world-leading reputation as an attractive place to invest.”

According to the department, the bill “will mean that no deal which could threaten the safety of the British people goes unchecked, and will ensure vulnerable businesses are not successfully targeted by potential investors seeking to cause them harm.”

Non-compliance will have consequences

The department has reassured businesses in the affected fields that the “vast majority” of transactions will require no intervention, and that it won’t revisit a transaction once it’s been cleared unless inaccurate information was provided. Indeed, under the existing regime just 12 public interest interventions have taken place on national security grounds since 2002.

Businesses that don’t comply with the proposed rules will be penalized, with sanctions including fines of up to 5% of worldwide turnover or £10 million – whichever is greater – as well as imprisonment of up to five years.

It appears that the government has been considering these reforms for some time, first publishing a Green Paper on national security and investment in October 2017, followed by a White Paper in July 2018.

The UK isn’t alone in making these kinds of changes. Earlier this year, the US introduced similar mandatory notification requirements, while the Australian Government has enacted legislation stipulating foreign investors must seek parliamentary approval before investing in national security businesses