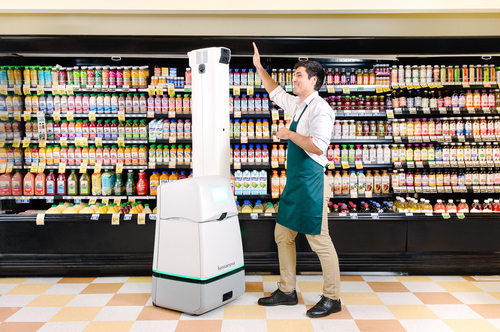 One AI robot loses its job, but another starts an internship

In a tumultuous month for Walmart’s robotics plans, it ended a significant partnership with Bossa Nova, while taking another step towards autonomous delivery.

In the past three years, the hypermarket goliath deployed a growing fleet of Bossa Nova scanning machines, but this year realized that humans were more efficient - and less off-putting to shoppers.

The year of the layoffs

The move is a stark reversal from the plans announced in January, when Walmart said it would deploy Boss Nova robots across 1,000 of its 4,700 US stores. By the time the contract was formally ended, the robots were used in around 500 stores, driving along aisles scanning for inventory.

It is not clear how much of an impact the pandemic had on Walmart’s decision, but a report by the Wall Street Journal noted that due to lockdown restrictions, the company had more human workers walking the aisles to collect online orders - and updating inventory.

The publication reported that Walmart CEO John Furner had reservations about the Bossa product, concerned about how shoppers may react to the six-foot tall robots.

“This was one idea we tried in roughly 500 stores just as we are trying other ideas in additional stores,” Walmart said in a statement. “We will continue testing new technologies and investing in our own processes and apps to best understand and track our inventory and help move products to our shelves as quickly as we can.”

The loss of the contract came as a huge blow to Bossa, which laid off around half its staff following the news. “We have made stunning advances in AI and robotics,” founder and CEO Sarjoun Skaff said.

“Our retail AI is the industry’s best and works as well on robots as with fixed cameras. Our hardware, autonomy, and operations excelled in more than 500 of the world’s most challenging stores. With the board’s full support, we continue deploying this technology with our partners in retail and in other fields.”

It is not clear how many other retailers are using Bossa’s products. Its website still claims that “the world’s largest retailers trust us to answer their toughest questions.”

Walmart, meanwhile, has not soured on the idea of automation, in the face of stiff competition from Amazon. It uses robots to clean floors in its stores with AI system developed by Brain Corp, cash counting machines called Cash360, and self-checkout machines to replace cashier workers.

Recently, the world’s largest private employer has started using an autonomous bot for retrieving items at its warehouses. It is not clear how widespread Alphabot - custom-developed for Walmart by startup Alert Innovation - is in the company's sprawling logistics network. In an earnings call last year, then-CEO C. Douglas McMillon forgot the name of the project, but said it was the “one to keep an eye on.”

Separately, last week saw Walmart ink a deal with self-driving company Cruise. In early 2021, the company will test an autonomous delivery service in Scottsdale, Arizona. In the beginning, human backup drivers will remain onboard, but the plan is to eventually phase them out.

Last December, Walmart announced a similar trial with Nuro in Houston, one with Udelv in Arizona, and another with Gatik AI in Arkansas. It has also done tests with Waymo, and a combined trial with Ford and Postmates.

"You’ve seen us test drive with self-driving cars in the past, and we’re continuing to learn a lot about how they can shape the future of retail," Walmart SVP of customer product Tom Ward said.

"We’re excited to add Cruise to our lineup of autonomous vehicle pilots as we continue to chart a whole new roadmap for retail."