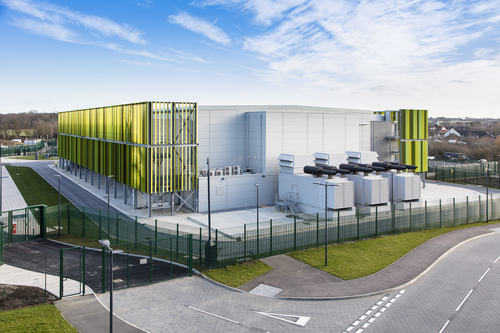 Cambridge-1 will live in a data center in Essex

Nvidia’s upcoming Cambridge-1 supercomputer, designed specifically for AI workloads, is expected to become the UK’s most powerful machine once it is switched on sometime in 2021 – but the actual hardware will be located 40 miles south of Cambridge, in a town called Harlow.

According to The Times, the supercomputer will be housed at the recently opened data center campus operated by Kao Data.

Cambridge-1 will be dedicated to healthcare research, with organizations like GlaxoSmithKline, AstraZeneca, Guy’s and St Thomas’ NHS Foundation Trust, King’s College London, and Oxford Nanopore among its first users.

The UK Prime Minister Boris Johnson and Health Secretary Matt Hancock are expected to speak at the launch ceremony, highlighting the importance of specialist infrastructure to the country’s artificial intelligence ambitions.

The deal is being investigated by British regulators, which have invited comments on the impact of the transaction earlier this week, ahead of the formal investigation starting later this year.

Featuring 80 Nvidia DGX A100 systems combined into a single machine, Cambridge-1 will be capable of 400 petaflops of AI compute, or eight petaflops of ‘traditional’ compute as measured by the Linpack benchmark.