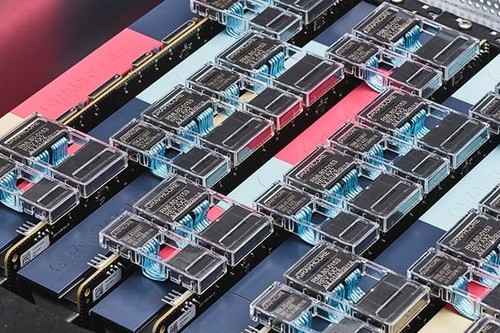 British startup Graphcore, which makes a processor designed specifically for AI workloads, has raised $222 million in a Series E funding round.

This brings its total financing to more than $710 million, giving Graphcore a valuation of $2.77 billion.

"We have created a technology that dramatically outperforms legacy processors such as GPUs, a powerful set of software tools that are tailored to the needs of AI developers, and a global sales operation that is bringing our products to market,” said Nigel Toon, co-founder and CEO of Graphcore.

Funding was led by Ontario Teachers' Pension Plan (Ontario Teachers') with participation from funds managed by Fidelity International and Schroders, along with existing investors Baillie Gifford and Draper Esprit.

"The market for purpose-built AI processors is expected to be significant in the coming years because of computing megatrends like cloud technology and 5G and increased AI adoption, and we believe Graphcore is poised to be a leader in this space," said Olivia Steedman, senior managing director, Teachers' Innovation Platform (TIP) at Ontario Teachers'. "TIP focuses on investing in tech-enabled businesses that are at the forefront of innovation in their sector.”