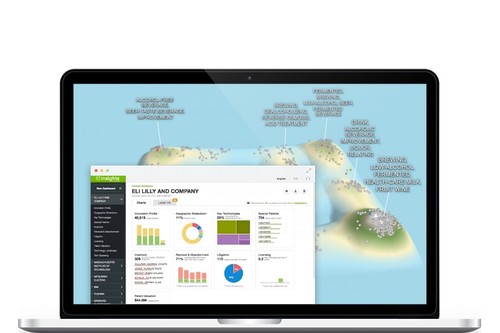 AI-powered patent intelligence company PatSnap has raised a whopping $300m in a Series E funding round.

SoftBank Vision Fund II and Tencent were among the investors that helped tip the company's valuation over $1 billion.

On a basic level, PatSnap helps companies search for patents. But key to its rocketing valuation is the ability to provide a deeper analysis of patents, scientific papers, litigation, government R&D grants, and startup funding news. This requires a mixture of computer vision, natural language processing, deep learning, and machine learning.

PatSnap claims to have more than 10,000 customers in over 50 countries, including Tesla, General Electric, Siemens, DJI, Dyson, PalPal, Spotify, Megvii, and Xiaomi.

It is headquartered in Singapore and employs 200 people across the US, Europe, Canada, and Japan – and another 500 in China.

“The US-China trade war is essentially about technology and a lot of companies want to know where to invest,” Jeffrey Tiong, PatSnap founder and CEO told Bloomberg. “We spent more than 10 years collecting patent data from 140 countries and use AI to provide insights.”

Additional Series E investors include CPE Industrial Fund, Sequoia China, Shunwei Capital, and Vertex Ventures. SoftBank Vision Fund boss Masayoshi Son revealed that he spent less than half an hour on the phone with Tiong before deciding to invest.

“We are pleased to partner with Jeffrey and the PatSnap team to support their mission of helping innovators make faster, more informed decisions through connected innovation intelligence.”