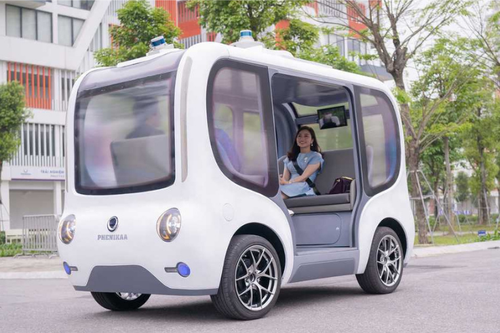 Vietnam has become the latest country to declare its self-driving ambitions, as an industrial automation firm unveiled its first Level-4 autonomous car prototype.

The vehicle can automatically change lanes, detect signs and pedestrians, and adjust maximum speeds depending on the route – with the driver able to take control of the vehicle at any given time.

The prototype is a collaboration between scientists and engineers from the company, Phenikaa University, and Phenikaa-X Joint Stock Company (JSC). The company claimed it designed and built the vehicle in just six months.

Phenikaa Group said the announcement was the “first step” towards expanding “the influence of Vietnamese brands in the technological and industrial industries and in [the] autonomous technology sector.”

The vehicle will be required to undertake further safety tests before any official release.

Speaking at the event, Vietnamese deputy minister of information and communications, Phan Tam, said, “The successful development of Phenikaa autonomous vehicle is the proof that Vietnamese people are completely capable of mastering 4.0 technologies and creating ‘Make-in-Vietnam’ technological products.”

During the conference Phenikaa Group signed multiple Memorandums of Understanding (MoUs), including with Nippon Koei Vietnam; SICK Sensor Intelligence; Advantech Vietnam Technology Co; BAP Group; and VEDAX, with the parties agreeing to partner in releasing products that would encourage development in the domestic autonomous vehicle industry.