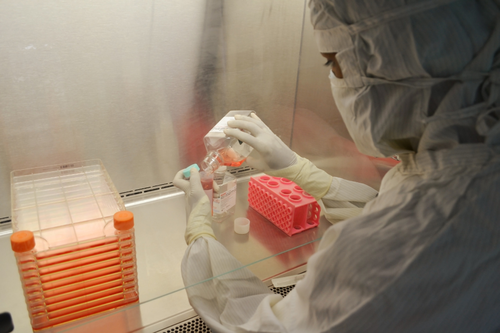 American biotech company Genentech has collaborated with Stanford University on an open source, AI-based system designed to fight bias in medical data and broaden the number of people who can safely participate in clinical trials.

In a study published in the scientific journal Nature, the team demonstrated how real-world data and AI could be used to help address the underrepresentation of minorities in cancer research.

The Python library for Trial Pathfinder is available on GitHub.

Recent studies show that majority of non-small cell lung cancer patients do not meet the criteria to participate in clinical trials and 86 percent of trials fail to complete recruitment within the targeted time.

In their demonstration, Genentech – a subsidiary of pharma giant Roche – and Stanford used Trial Pathfinder to increase the total number of eligible patients by 107 percent to include more women, African Americans, and a broader range of ages, while the overall survival hazard ratio decreased by an average of 0.05.

The project relied on electronic health record (EHR) data to compare the survival outcomes of individuals who did or did not receive a particular approved drug treatment.

Trial Pathfinder utilized the Flatiron Health EHR-derived database, which includes data from 61,094 individuals with advanced non-small-cell lung cancer, collected across 280 cancer clinics in the US.

The system emulated clinical trials for drugs approved for this type of cancer by identifying people who met the eligibility criteria used in the original trial.

Eligible individuals were assigned either to the emulated treatment group or to a control group. At least 250 individuals in the Flatiron database matched the eligibility criteria and drug treatments used in either the treatment or control groups of the original trial.

The researchers behind the study encouraged other researchers to embrace the use of EHR data and data-driven algorithms when trying to enhance the diversity of trial populations and maintain safeguards for participants – stressing that biases remained prevalent in medical datasets.

A post on Nature News & Views by Biomedical Informatics experts Chunhua Weng and James R Rogers from the Columbia University outlined the study, stating it “underscores the advances that are being made in evidence-based precision design of clinical-trial eligibility criteria” and that it “might inspire AI-driven optimal participant selection for clinical trials for diseases other than cancer.”

“However, for that to occur, major challenges would need to be overcome regarding the limitations in the quality of EHR data,” the post added.

Weng and Rogers warned that potential problems could include the lack of access to the full clinical trial protocols — which are often considered business secrets.

“Perhaps they could create policies that encourage clinical-trial sponsors to share their full trial protocols and to improve consistency between the full protocol and the condensed clinical-trial summaries available in public repositories such as clinicaltrials.gov,” the authors said.