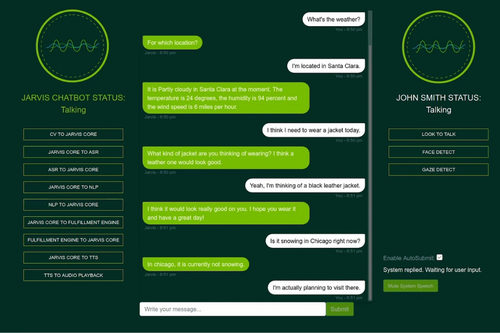 The announcement was made at the company’s GPU Technology Conference (GTC) 2021, which also saw the reveal of the world's most powerful AI-capable supercomputer, and Nvidia’s first ever data center CPU.

In his keynote, Nvidia founder and CEO Jensen Huang said conversational AI was “in many ways, the ultimate AI.”

Nvidia said Jarvis “will enable a new wave of language-based applications previously not possible, improving interactions with humans and machines.”

It claimed that the system can run end-to-end speech analysis in under 100 milliseconds and be deployed in the cloud, in a corporate data center, or at the edge.

The company said Jarvis was built "using models trained for several million GPU hours on over one billion pages of text, 60,000 hours of speech data, and in different languages, accents, environments, and lingos to achieve world-class accuracy."

Users can pick from a selection of pre-trained models, which can then be fine-tuned using their in-house data.

Nvidia promised additional features for Jarvis in the second quarter of the year.

Nvidia is using Jarvis to develop pre-trained models with the dataset, and then offer them back to the community for free.

“Nvidia and Mozilla have a common vision of democratizing voice technology — and ensuring that it reflects the rich diversity of people and voices that make up the Internet.”