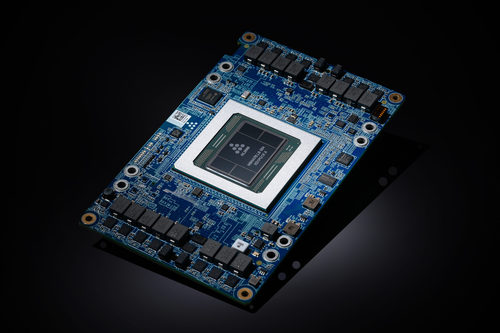 Habana Labs was acquired by Intel for $2bn back in 2019, replacing Nervana as its primary AI-focused chip product line.

The $5m supercomputer will be operational in the fall.

In its promotional materials, Intel suggested that the announcement demonstrated that Habana was ready for prime time. But the system was funded with a $5m grant from the National Science Foundation specifically designed to try out non-traditional computing architectures, so that researchers can study both new forms of AI and new ways of computing.

The supercomputer will also include 16 Habana Goya chips, designed for inference.

The Gaudi chips have ten 100-Gigabit Ethernet ports of RoCE v2 natively integrated onto the processor itself. This means that some of the throughput bottlenecks are avoided when scaling to hundreds of chips.

The team hopes to explore and implement new deep learning techniques, as well as run common frameworks such as PyTorch, MXNet, and Tensorflow. Ahead of the system going live, SDSC has launched its own AI Technology Lab, which will help evaluate the hardware as well as build software tools and libraries specifically for Voyager and Habana hardware.

Eitan Medina, chief business officer at Habana, added: "This implementation of our Gaudi and Goya products showcases how top academic institutions like SDSC can harness efficiency and performance to effectively address the growing demands of AI research workloads."

This year, Amazon Web Services will add Habana to its growing portfolio of cloud chips, opening up the platform to wider experimentation and real world tests.