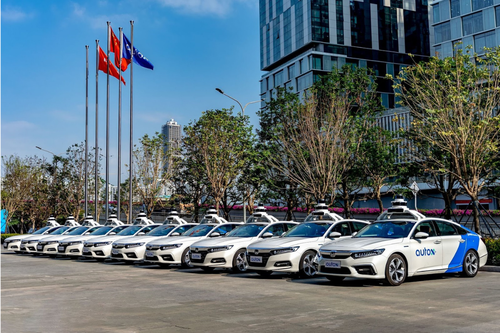 AutoX – the autonomous vehicle startup spun out of Alibaba and Shanghai Motors – will be partnering with Honda China to test driverless cars on public roads.

Honda will be providing Accord and Inspire models, which will be fitted with AutoX’s AV technology.

The companies hope the partnership will eventually lead to the deployment of autonomous vehicles in some of China’s most densely populated cities.

Race to the roads

Honda said it will use the trial to further understand China’s traffic environment and analyze the public acceptance and safety of autonomous driving technology in the country.

The Japanese brand is among a handful of automobile manufacturers seeking to take an early lead in the race to bring autonomous vehicles to market.

Last month, Honda said it would be selling a limited batch of its Legend vehicles fitted with Level 3 autonomous technologies to Japanese consumers – marking the first time Level 3 autonomy has been approved by regulators.

The car-maker said it is developing intelligent automation systems which will help reach “zero traffic collision fatalities by 2050.”

Meanwhile, AutoX was established to “provide universal access to transportation of people and goods.”

The company operates over 100 ‘RoboTaxis’ in highly populated Chinese cities including Shanghai, Shenzhen, and Wuhan, which launched in January and is can be summoned through an app.

But its operations aren’t limited to China; last July, AutoX received a permit to test its driverless cars in California.