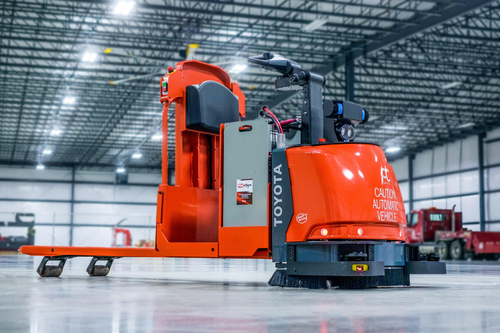 The organization will be led by Léon Jansen, with headquarters in Ede, The Netherlands.

Toyota said the combined portfolio will enable TICO customers “to enjoy the seamless movement, storage, and distribution of goods throughout their entire supply chains.”

Toyota said increased demand for autonomous vehicles, labor shortages, and the rapid growth of the e-commerce market were among the reasons for its decision to establish T-Hive.

The new company will focus on providing autonomous vehicle control systems for automated guided forklifts (AGFs) and autonomous mobile robots (AMRs). In 2020, TICO ranked as the world's largest manufacturer of forklift trucks, as measured by revenues.

“Due to the increasing demand for software development in all industries, securing talents is also becoming a global challenge. T-Hive will create opportunities for us to work together across the Toyota Industries Group network,” Norio Wakabayashi, CEO at TICO, said.

“This decision highlights TICO's commitment to remaining a leading player in the AV business and its investments accordingly."