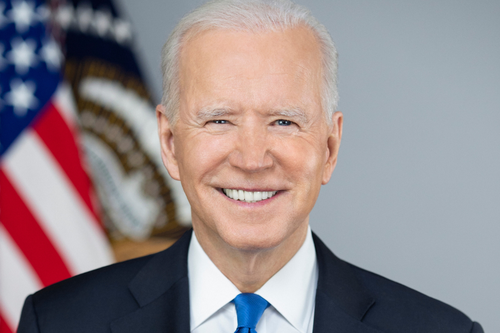 British media monitoring specialist Signal AI has used data from more than 5 million different media sources in 100 different languages to determine what topics were most strongly associated with the first 100 days of the Biden administration.

The company also analyzed the final days of Trump’s tenure as the President.

Will you shut up, man?

Signal AI’s technology is trained to understand a range of different concepts including topics and entities, with the company able to determine the proximity of an entity to a topic.

The company analyzed more than 20 million individual news stories to establish the top 10 most proximate topics to Donald Trump and Joe Biden during the last months and first months of their presidency, respectively.

Signal AI’s research found that news coverage of the last three months of Trump’s presidency was dominated by topics related to the possibility of prosecution for crimes before and during his time in the Oval Office. These topics reduced in prevalence during Biden’s first 100 days.

Other key differences between Trump and Biden included the appearance of immigration, migration, and energy as Topics proximate to Biden – these topics were not closely affiliated with Trump during the end of his presidency.

Immigration rose from 26.5% to 48.9%, due to the push-back from the progressive wing of the Democrat Party on Biden’s immigration policies.

Tax was increasingly associated with Biden during March and April, with news references largely driven by the President’s decision to hike corporate taxes to obtain an additional $2 trillion for the budget.

"This data leads to some intriguing findings - it shows us firstly what the media has identified to be the key topics of discussion in Biden's first 100 days, and what he'll be judged on," David Benigson, CEO at Signal AI, told AI Business in an email.