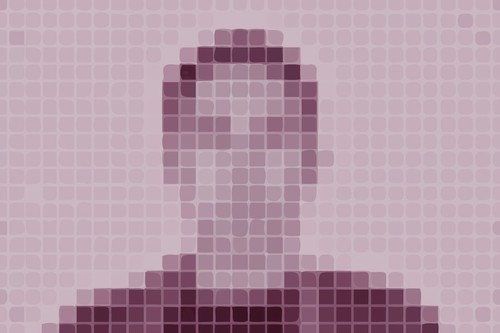 The company stopped providing its controversial Rekognition software to police in June 2020, as the US was engulfed in protests over police brutality following the murder of George Floyd in Minneapolis.

The protests were met with further brutality, leading to Amazon enacting its ban, Microsoft holding off from police sales until regulations were in place, and IBM dropping “general purpose” facial recognition tools entirely as corporate America distanced itself from law enforcement agencies.

At the time, Amazon said that it had "advocated that governments should put in place stronger regulations to govern the ethical use of facial recognition technology, and in recent days, Congress appears ready to take on this challenge.

"We hope this one-year moratorium might give Congress enough time to implement appropriate rules, and we stand ready to help if requested."

With Congress not implementing any meaningful facial recognition laws, Amazon has extended the moratorium indefinitely.

Earlier this year, the House passed the 'George Floyd Justice in Policing Act' that would ban the use of facial recognition in police body cameras (but not other cameras). It still has to make it through a split Senate, however, and is likely to be opposed by Republicans.

Another potential piece of legislation is the Fourth Amendment Is Not for Sale Act, backed by Senators Ron Wyden (D-Ore.) and Rand Paul (R-Ky.). It would ban the US government and law enforcement agencies from buying location data and other personal information without a warrant.

It also specifically seeks to block the purchase of data that was “illegitimately obtained” via an act of deception, hacking, or breach of contract – which the bill's proponents say would block police use of Clearview AI, which has scraped data from social media websites against users’ wishes.

Clearview was among the tools used to track issurectionists following the January 6 attack on the Capitol, but was only used by Miami Police Department in an effort to help the FBI, and led to just 13 potential matches. The Canadian government this year found that Clearview’s software was illegal, and demanded the company deleted citizens’ data.

While the two acts working their way through the US legislative branch would place some restrictions on facial recognition technology, neither act would stop police forces using Rekognition if Amazon sold it to them. A 2018 study by the American Civil Liberties Union found that Rekognition was racially biased and had trouble telling people of color apart, something Amazon disputes.

"Face recognition technology fuels the over-policing of Black and Brown communities, and has already led to the false arrests and wrongful incarcerations of multiple Black men," the ACLU's Nathan Freed Wessler said in a statement to Reuters, adding that he welcomed Amazon's ban.

But Amazon is yet to clarify whether it has stopped selling the same tools to federal law enforcement agencies, such as ICE, the FBI, and CBP. It is also not clear whether it is still providing facial recognition services it had sold to police forces prior to the ban.

The company operates the largest surveillance network in the US through its Ring camera doorbells. Law enforcement agencies have placed more than 22,000 individual requests to access video footage from Ring devices, The Guardian found. Warrants were not required.

"The deployment of connected home security cameras that allow footage to be queried centrally are simply not compatible with a free society," Amazon employee Max Eliaser said last year.

"The privacy issues are not fixable with regulation and there is no balance that can be struck. Ring should be shut down immediately and not brought back.”