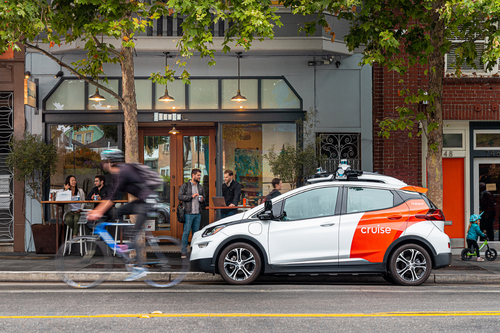 Cruise has become the first autonomous vehicle firm to be allowed to provide truly driverless ride services on the streets of San Francisco.

While around 10 firms have been granted permission to test autonomous vehicles in California, Cruise will be the first to transport passengers without a driver on board.

The Arizona-based company was given the green light by the California Public Utilities Commission (CPUC) late last week; however, the company is not allowed to charge passengers for rides under the terms of its permit.

The cars might be autonomous, but every single ride will need a remote safety operator to oversee the journey. The mandate comes after a vehicle from Cruise rival Waymo got confused on a public road in Arizona, blocking traffic and driving away from the support team sent to retrieve it.

If you’re going to San Francisco

Cruise said its autonomous cars have driven more than two million miles; the company will now be deploying electric autonomous vehicles in San Francisco, as well as its base in Phoenix, Arizona.

Cruise – and any other brand which is permitted to operate driverless projects in California – is required to submit quarterly reports on the operation of its vehicles and services.

The only company to receive an exemption from the Department of Motor Vehicles (DMV) to deploy autonomous vehicles on American roads is Nuro – it can only transport cargo and not passengers, effectively allowing to bypass the CPUC permitting process.

Cruise's permit in California follows a similar decision by the Dubai Roads & Transportation Authority, which has given the company exclusive permission to operate autonomous vehicles in the city.

Back in May, Cruise announced it would acquire GM-backed Voyage, a fellow autonomous vehicle company.

GM and Cruise previously agreed to form a long-term strategic relationship with Microsoft, with the aim of speeding up the commercialization of self-driving vehicles. As part of the deal, Microsoft joined GM, Honda, and institutional investors in an equity investment of more than $2 billion – bringing Cruise’s total valuation to around $30 billion.

Retail giant Walmart also invested in Cruise, with the pair having previously worked on a delivery pilot project in Phoenix, Arizona.